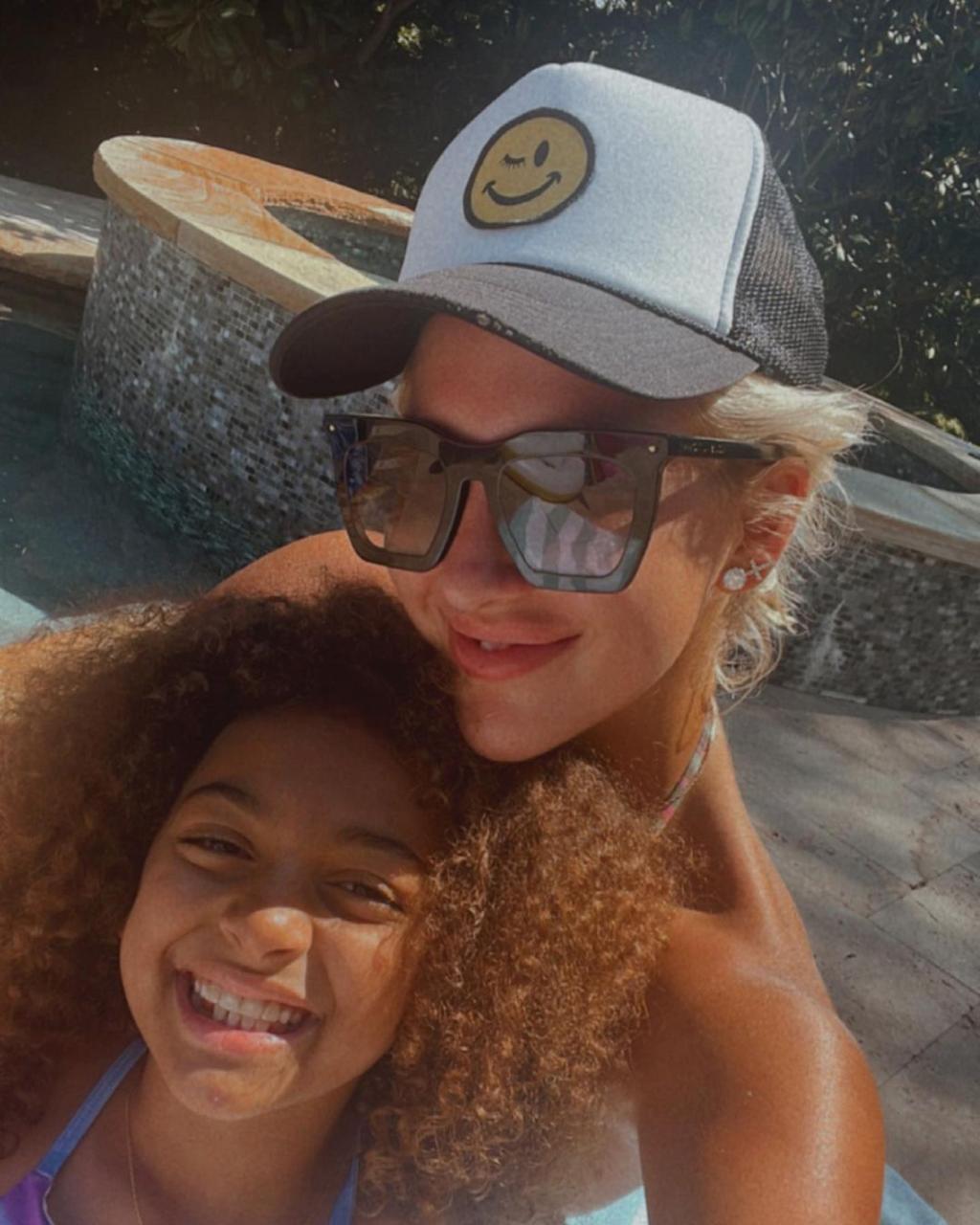 Savannah Chrisley disclosed that she has custody of her brother Grayson and niece Chloe following the imprisonment of her parents, Todd and Julie Chrisley.

Savannah, 25, spoke about her “very sad and really challenging future” without Todd, 53, and Julie, 49, at home in a podcast episode of “Unlocked” that was broadcast on Monday, hours before the couple’s tragic court appearance.

“I may return home without my parents. This is the likelihood,” the former “Growing Up Chrisley” cast member stated. “That is the probability, and my new normal.

“I have custody of a 16-year-old and a 10-year-old when I get home on Tuesday, and we celebrate our first Thanksgiving not as a family.”

The designer of Sassy cosmetics began to cry as she explained that she had “never been away from her family for the holidays.”

Monday, both Todd and Julie Chrisley were sentenced to a total of 19 years in jail.
NBCU Image Bank through Getty Images

Later in the program, Savannah described gaining custody of Grayson, 16, and Chloe, 10, as the “most difficult” aspect of her parents’ court struggle.

“I’m trying to figure out how to teach two younger children who are not yet completely matured and… get them to comprehend the situation,” she told her audience. That is a really challenging task.

The former reality star promised to provide the children with the “love and cuddles” they “need more than anything else right now.”

Savannah characterized her transition with Grayson and Chloe as the “most difficult” aspect of the legal conflict.
NBCU Image Bank/NBCUniversal by way of

She did not mention her brother’s recent vehicle accident, which hospitalized Grayson earlier this month.

After being convicted of tax evasion and fraud, Todd and Julie were sentenced to a combined 19 years in jail — 12 years for the patriarch and seven for his wife.

Grayson, who is 16 years old, is the youngest child of Todd and Julie.
savannahchrisley/Instagram

The couple who were found guilty in June are also the parents of Chase, who is 26 years old. Additionally, Todd and his ex-wife Teresa Terry are the parents of his 33-year-old daughter Lindsie and 31-year-old son Kyle, Chloe’s father.

Over the years, Kyle has battled drug addiction and mental disorder, and in 2016, Todd and Julie acquired full custody of his and Angela Johnson’s kid.

The next year, Todd told Us Weekly, “Chloe is our family.” “We are thrilled that the world will have the opportunity to witness such a gorgeous kid develop, discover, and blossom so brightly through love and respect.”

While Kyle, Chase, and Grayson have yet to respond to the pair’s punishment on social media, Lindsie posted on Monday an Instagram Story video showing her pals delivering “hugs and champagne” during her “hard moments.”

As for Savannah, she reposted a quote from the Bible.

The social media post stated, “Noah did not stop constructing the ark to explain himself to those who doubted and disliked him.” “Keep constructing your ark. The rain will speak for itself.”