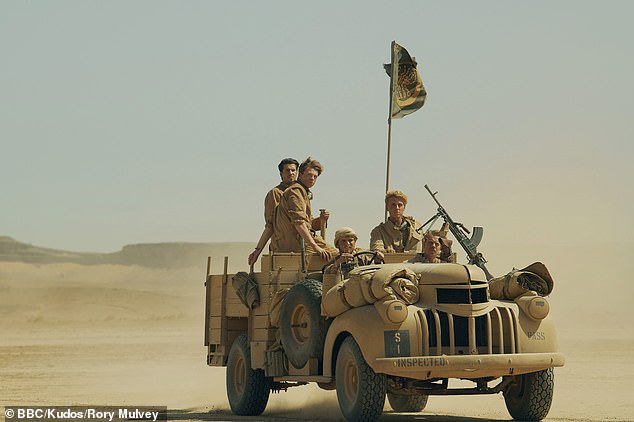 The army headgear from a genuine SAS “rogue hero” sold for an astounding £20,000.

One of the first SAS troops, Major John Wiseman, was the owner of the khaki headgear.

The popular BBC programme SAS: Rogue Heroes is now focused on the creation of the “Who Dares Wins” unit.

Maj. Wiseman was there when renowned army leader David Stirling made the decision to set up a raiding force that would engage in perilous operations well beyond enemy lines.

Many of the early SAS missions in North Africa, which entailed targeting enemy airfields and convoys, were carried out by him.

On the eve of the Allied invasion of Sicily in July 1943, he led an SAS unit in climbing cliffs to attack a coastal artillery, earning him the Military Cross.

His little squad managed to completely surprise the opposition, killing, capturing, or injuring 40 of them while sustaining no personal injuries.

In addition, his storming group silenced three gun batteries and killed roughly 200 Italian troops in the course of 17 hours.

During the Battle of Termoli in Italy in October 1943, a German shell that struck directly into his vehicle killed 17 of his comrades. He was the only one to survive.

Maj. Wiseman passed away in 2005 at the age of 89, and the person in charge of getting rid of the family’s belongings sold his peaked hat to a militaria collector.

The sweatband of the hat, which contains some stains, is likely to have been manufactured in Cairo around 1940. It bears a label with Wiseman’s name embroidered on the inside rim.

It has the renowned SAS hat badge—a flying dagger—and the words “Who Dares Wins” embroidered on it.

The outline of another badge is visible when the current one is removed. This was a badge for Maj. Wiseman’s parent regiment or his previous unit.

The headgear sold for a hammer price of £16,000 despite being anticipated to sell for £3,000 due to who it belonged to. The successful bidder purchased it for more than £20,000 after fees.

A black and white photograph of the founding members of the LRDG/SAS, with Maj. Wiseman standing on the far right wearing a peaked hat, was sold along with it.

“I absolutely believe that the new BBC drama may have had a factor in the ultimate hammer price,” said Matthew Tredwin of C&T Auctions in Ashford, Kent. “However, any things linked to the SAS have usually done well at auction.”

At the start of the war, Maj Wiseman, a language student at Cambridge University, enlisted as a soldier in the North Somerset Yeomanry.

With the unit, he was transferred to North Africa where he battled the Vichy French.

He was selected for officer training in Cairo because of his multilingualism, and he ultimately received a commission in the Duke of Cornwall’s Light Infantry.

He enlisted in the SAS and attended their 1942 training camp at Karbit, Egypt.

Maj. Wiseman participated in Operation Houndsworth, which was carried out behind German lines in France after D-Day on June 6, 1944, in order to obstruct their reinforcements in Normandy.

Wiseman went back to working at the family optical equipment company after the war.