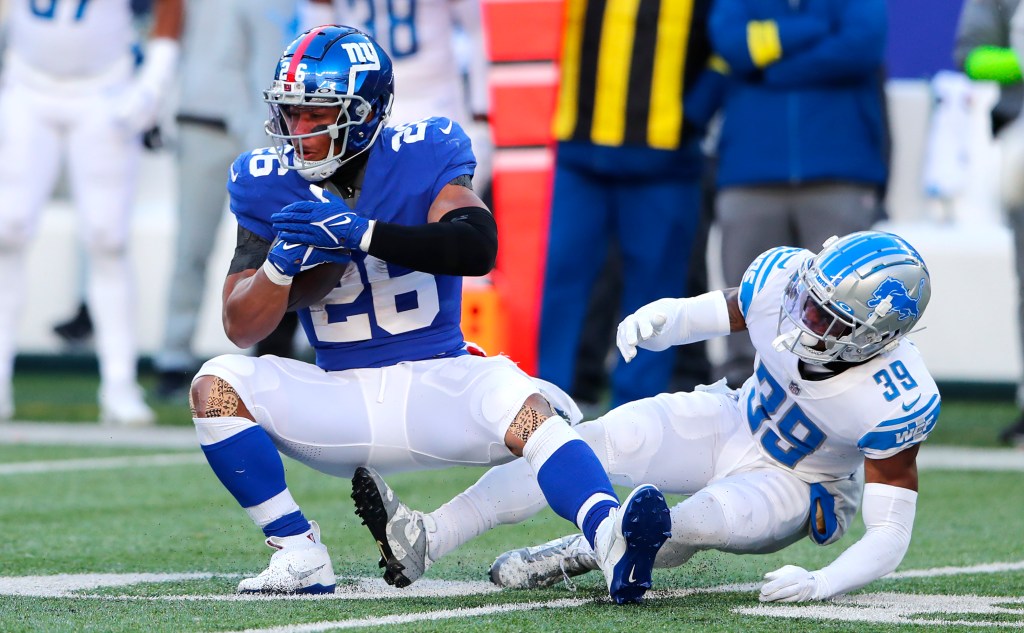 Sunday appeared to be a pleasant day for Saquon Barkley and the Giants’ running offense, according to the numbers.

The Lions defense began the game rated 31st in the NFL in run defense, while the Giants were ranked third in running offense owing to Barkley’s 930 yards through nine games.

Consequently, the Lions’ defense smothered Barkley, limiting him to 22 yards on 15 rushes for an average of 1.5 yards per carry. This was as significant a factor in the Giants’ 31-18 defeat to the Lions at MetLife Stadium as their three turnovers.

The Lions “did a nice job up front; they won up front,” said Giants head coach Brian Dabolt. “[They] made tackles in open space and effectively stifled the run game. Obviously, this is a significant element of what we do.”

Barkley appeared as if he had nowhere to go all day, and as the day progressed, he became increasingly reluctant. On the Giants’ first offensive play from scrimmage, Detroit defensive tackle John Cominsky sacked Saquon Barkley for a loss of 3 yards.

“If you can’t run the ball, you have one hand tied behind your back,” Barkley remarked. “You’ve [then] got to pass the ball, so it’s crucial for me to get this run game back on track, and the best way to do that is by moving on and preparing for Thursday [against Dallas],” said the quarterback.

Barkley stated that he was “trying to take what they gave me,” adding, “I was trying to focus on taking tiny runs, taking little runs, and making them pay when the opportunity arose, but I failed to do so today.

“I have to give credit to all of those guys over there, as well as the [Lions] D-coordinator. They performed really well today.”

Jon Feliciano, the center for the Giants, thanked the Detroit defense.

“They’re a terrific defensive line,” said Feliciano, who was taken out of the game with a suspected neck injury in the third quarter. “We just need to improve our execution and have everyone on the same page. They came out prepared; congratulations are in order. We cannot turn over the ball. We haven’t been doing that. When we do, it’s tough on our defense.”

“Credit to Detroit – they had a strong plan and prevented us from succeeding in some areas,” Jones added. “We must examine ourselves to determine where we can perform more effectively.”