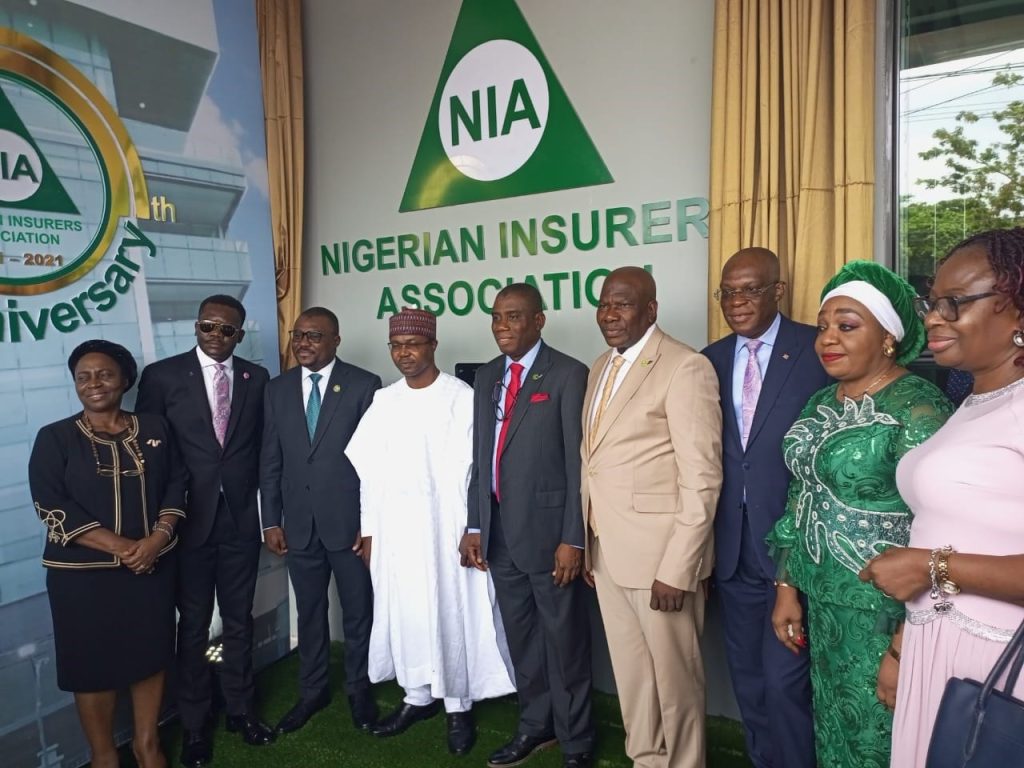 A group photograph at the Nigeria Insurers Association 50th Anniversary celebration and the unveiling of its new NIA House at Saka Tinubu, Victoria Island Lagos.The Governor of Lagos State, Mr. Babajide Olusola Sanwo-Olu has congratulated the Nigeria Insurers Association (NIA) at 50, charging the group to sustain its momentum of growth, creativity and innovation to improve the trust and confidence level of the people in the insurance industry.

Speaking during the Nigeria Insurers Association at 50th Anniversary celebration and the unveiling of its new ‘NIA House’ at Saka Tinubu, Victoria Island Lagos. Mr. Governor added that when trust is high, the industry will witness more people taking up insurance policies, not just to fulfil the requirement of the law, but as a voluntary act that is driven by knowledge and awareness of the positive impact insurance policies can have in their lives.

Sanwo-Olu, represented at the event by the Commissioner for Finance, Dr. Rabiu Olowo, appealed to captains of the insurance industry to do more in the area of collaboration, publicity, sensitisation and development of attractive and competitive new products that will take the sector to greater heights.

His words: “As a Government, we remain resolute and committed to our vision to make Lagos State a 21st Century Economy by the continuous provision of critical infrastructure, robust partnership with the private sector, including the insurance industry, and ensuring good governance for the benefits of the good people of Lagos State”.

“You are aware that in our effort to provide an enabling business environment in the State through an effective and safe transportation system, we launched the Lagos Ride Taxi Scheme. This has presented an opportunity for your industry to partner with the Government by providing comprehensive insurance cover for the fleet of vehicles”, he added.

The Governor disclosed that this will be in addition to the insurance cover previously provided for the 500 vehicles in the First and Last Mile bus scheme, among several other collaborations.

Sanwo-Olu commended the insurance industry for many innovations that have been developed to move the industry forward, chief among which is the deployment of technology that has made it easier to buy an insurance policy from the comfort of one’s home.

He emphasised that the various positive transformations that NIA has facilitated in the industry are testaments to the association’s commitment to the growth of the industry.