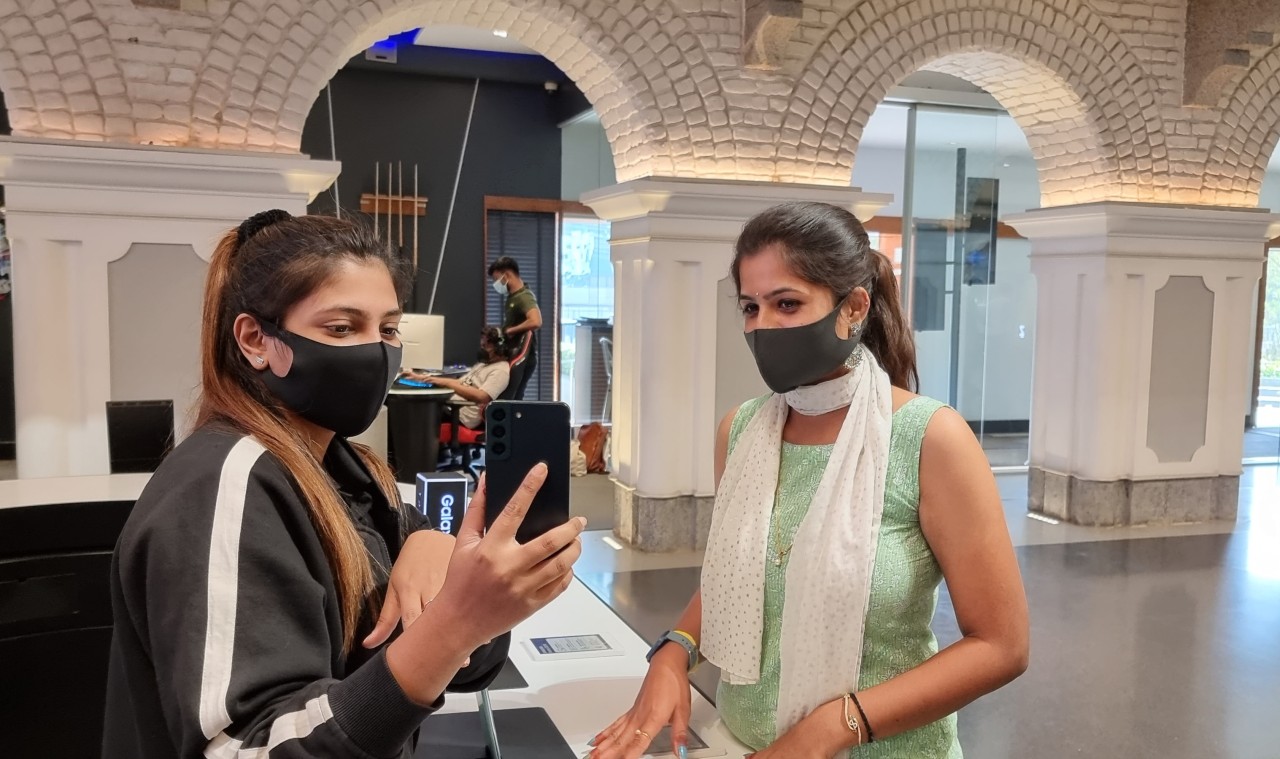 Samsung Electronics has reclaimed the No.1 spot by monthly sales in India, buoyed by the return of its Galaxy Note successor Galaxy S22 Ultra, a phablet with built-in stylus S Pen support, data showed Tuesday.

Samsung emerged as the leader in overall smartphone sales and shipments for the first time in six months in the world’s second-largest smartphone market, showed data by market intelligence Counterpoint Research. In March, Samsung accounted for 22 percent by volume market share and 27 percent by market share in terms of revenue in India.

This comes as the flagship S22 Ultra took the Indian smartphone market by storm, beating Apple’s iPhone 13. S22 Ultra, launched in February worldwide featuring an S Pen, was the most sold top-end segment mobile phone priced at 100,000 rupees ($1,290) and up, taking up a 74 percent market share in March.

By the quarterly figure, however, Samsung remained in the No. 2 position by overall smartphone sales behind Chinese rival Xiaomi, and by sales of premium smartphones after Apple, in a country of 1.4 billion people.

Samsung had experienced a Note series hiatus since August 2020, with Note 20 and Note 20 Ultra being the last to be released in the Note series’ 10-year history.

S22 Ultra, the highest-end variant of S22 series, was confirmed to be a Samsung Note successor during the Mobile World Congress 2022 by head of Mobile eXperience Roh Tae-moon in March.

The worldwide launch of S22 Ultra has contributed to the increase in sales of its Mobile eXperience division in the first quarter by 11 percent year-on-year. The division’s operating profit, however, fell 13 percent compared to the previous year.

Also in March, Samsung launched five midrange Galaxy A series devices — A13, A23, A33, A53 and A73. Samsung said it aims to increase its market share for the mid- and high-end segment to 40 percent through the first half.