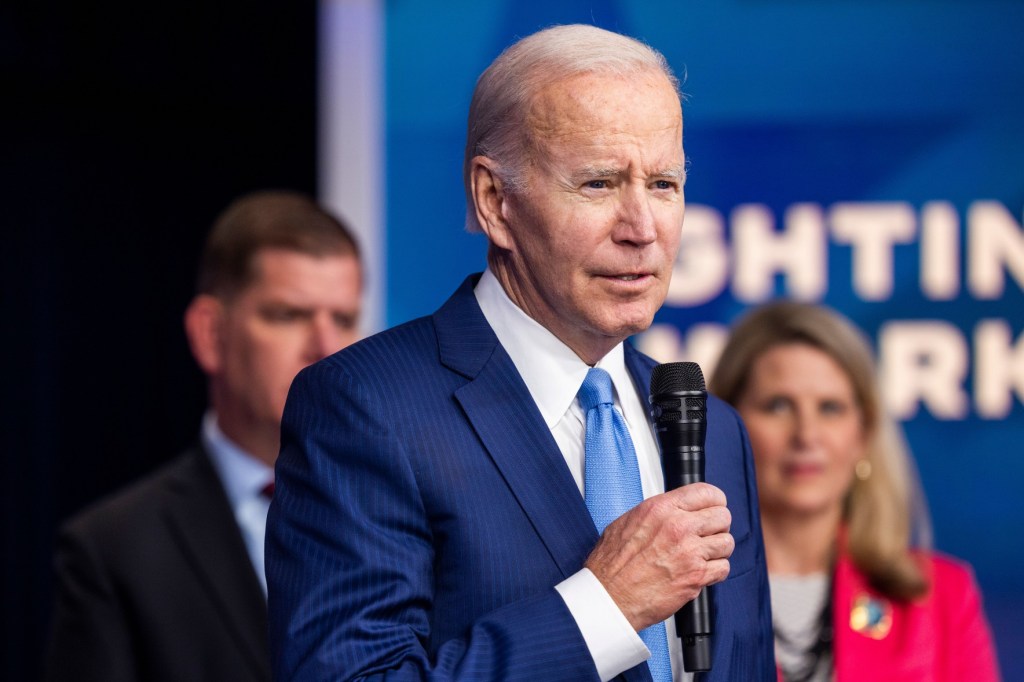 In September, a Biden energy department staffer is suspected of stealing a woman’s suitcase at a Minneapolis airport; he is now accused of stealing luggage from a Las Vegas airport.

Thursday, 8 News Now reported that a felony warrant was issued for Sam Brinton, the deputy assistant secretary for spent fuel and waste disposition in the Office of Nuclear Energy at the Department of Energy.

Brinton, who made history as one of the first gender-fluid federal officials, allegedly took luggage from another visitor on an unspecified date at Harry Reid International Airport in Las Vegas, according to the site.

Brinton, 35, was charged with grand larceny with a value between $1,200 and $5,000, according to 8 News Now. Details surrounding the alleged crime are scant.

According to reports, the energy executive, who uses they/them pronouns, has sticky fingers for bags.

Brinton is the deputy assistant secretary for spent fuel and waste disposal at the Office of Nuclear Energy for President Biden.

Brinton was placed on leave from the Department of Energy after it was revealed that they were charged with felony theft for allegedly stealing a woman’s Vera Bradley luggage from the Minneapolis-St. Paul International Airport’s baggage claim. Paul Airport on September 16, court filings indicate.

The worth of the woman’s suitcase and its contents was $2,325.

According to court documents, Brinton originally denied taking the suitcase, but later claimed they mistook it for their own bag at the baggage claim, despite never having checked a bag before their departure.

This is the second time Sam Brinton, a nuclear officer, has been accused of stealing bags.
Images from Getty for The Trevor Project

Surveillance footage revealed that they removed the suitcase’s ID tag after removing it from the luggage carousel.

Later, they were seen using the Vera Bradley suitcase at least twice when flying to Washington, DC, on September 18 and October 9, according to investigators.

Following the accusation, Brinton was charged with felony theft of movable property without consent and placed on leave.

The original claims prompted a number of House Republicans to ask for Brinton’s resignation earlier this week.

R​ep. Andrew Clyde of Georgia and fifteen other Republicans issued a letter to Energy Secretary Jennifer Granholm on Tuesday requesting their removal.

The GOP legislators wrote, “We demand Sam Brinton’s resignation and urge you to set aside petty politics and nominate only the most qualified and committed individuals to impact America’s energy sector.”