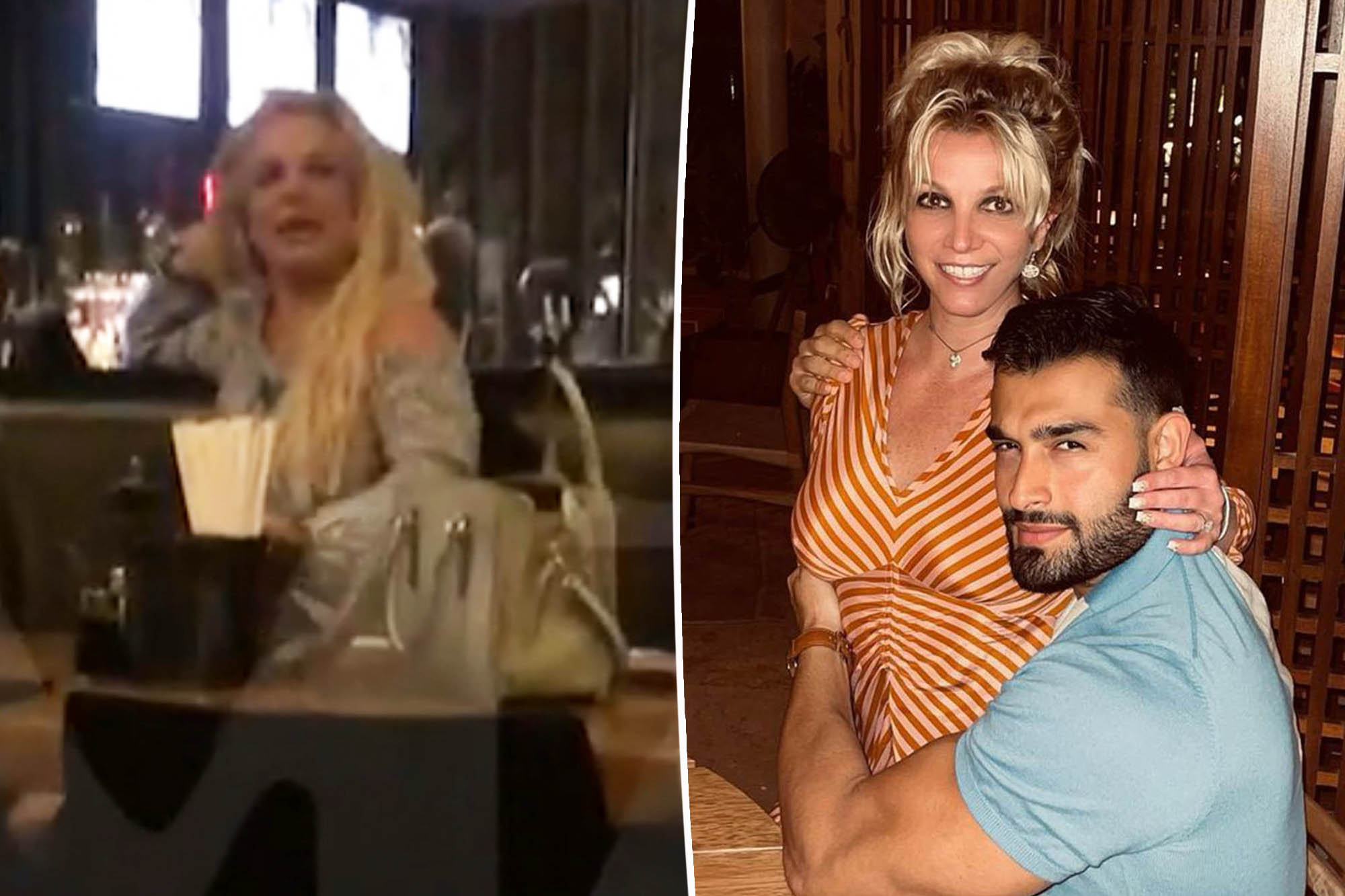 Britney Spears’s husband denied a sensationalized claim that she had a “meltdown” in a restaurant.

The actor’s statement was released hours after TMZ reported that Spears, 41, had “caused a scene” at Joey in Woodland Hills, California, while having dinner with Asghari, 28.

According to the outlet, eyewitnesses reported that the “Hold Me Closer” singer was behaving “manic” and “talking gibberish,” forcing the former personal trainer to “storm out.”

On Friday, a fellow client videotaped Spears at Joey, which enraged the pop singer.

However, a video acquired by TMZ appeared to contradict the eyewitness accounts, showing only Spears covering her face with a menu while another diner videotaped her using a smartphone in the center of the restaurant. Notably, neither Spears rambling incoherently nor Asghari departing in a huff were captured on camera.

Previously, a manager at Joey informed Page Six that they could not “disclose information” regarding the celebrity couple’s visit.

Now, a staffer tells us exclusively, “It wasn’t Britney who caused the disturbance; it was the diner who taunted her by filming her without permission.”

In an Instagram video, Spears first responded to the event by giving the middle finger. She then tweeted on Sunday night, “I am aware that the news is making a big deal of my being somewhat intoxicated at a restaurant… It’s as if they’ll be observing my every move! Then they have the audacity to talk about all the bad things that have happened to me in the past!!!”

The Grammy winner was placed under conservatorship for over fourteen years, giving her estranged father, Jamie Spears, responsibility over her personal, medical, and financial matters.