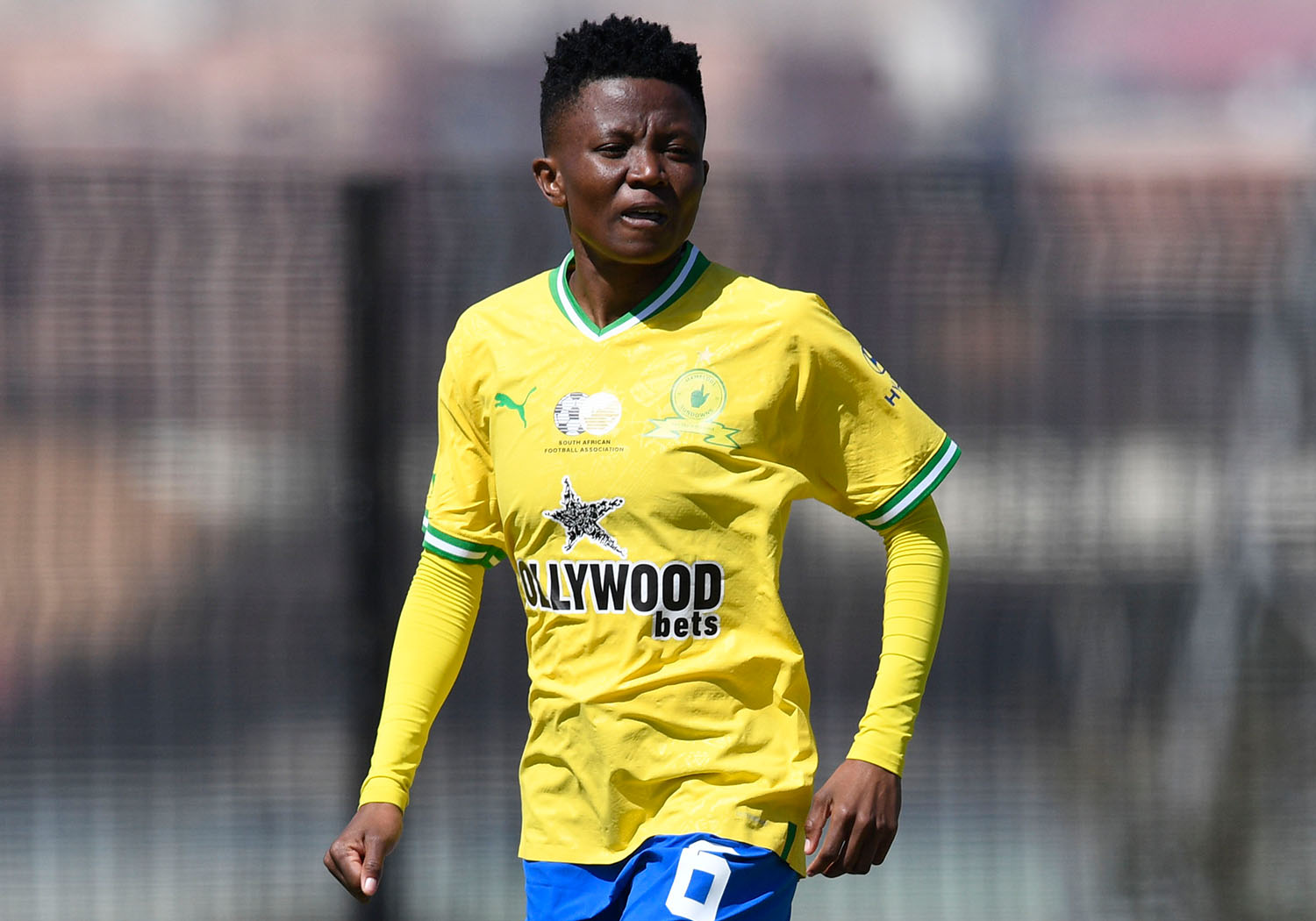 Gabonnelwe Salome Kekana was ecstatic with her debut season with Mamelodi Sundowns Ladies, which was marked by good performances.

Early in 2021, the player from Soshanguve joined the defending Hollywoodbets Super League champions from Tshwane University of Technology (TUT) Ladies.

Kekana, who is renowned for her flexibility, helped the Brazilians retain their league title and was a member of the team that reached the 2022 CAF Women’s Champions League final in Morocco.

Kekana said of her first season at Chloorkop, “It’s been a terrific experience representing Mamelodi Sundowns Ladies since there is so much expectation to perform when you play for such a large team. Thanks to the assistance of my colleagues, coaches, and technical staff, I was able to overcome the challenges. The knowledge I obtained during my rookie year will help me flourish in this great club.”

The highly regarded 26-year-old star also described some of her most memorable memories from her rookie season.

“Scoring on my continental debut against Costa Do Sol of Mozambique in the COSAFA Women’s Champions League zonal qualification meant a great deal to me because I had just recovered from an injury. It was a beautiful moment, and I will never forget how it made me feel. “I also recall how emotional I was when I scored my first league goal in the highly anticipated Tshwane derby against my former team, TUT,” Salome explained.

Kekana, who has been recognized for her versatility as a striker, winger, midfielder, and fullback, scored an astounding six goals as Banyana Ba Style successfully defended its Hollywoodbets Super League crown.

In addition to scoring in the Tshwane derby, Salome scored in triumphs over Bloemfontein Celtic Ladies, JVW FC, and Richmond United. She also scored in the 7-1 victory over Golden Ladies.

Regarding her goals for the 2023 season, Kekana states, “I am looking forward to enhancing my performances in order to receive more playing time. We want to win every competition in which we compete, and I am committed to contribute to the team’s success. Given that we are the defending league winners, everyone will attempt to unseat us. However, I am willing to sacrifice everything to attain our goals.”

Salome Kekana’s performance in her first season at Chloorkop was commendable.