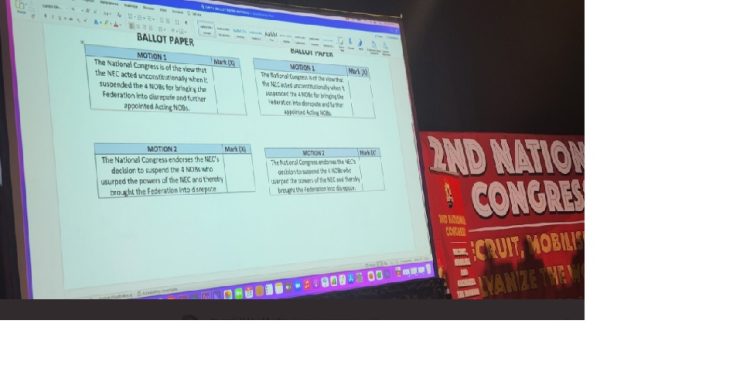 The issue of whether the four suspended national office bearers of the trade union federation, South African Federation of Trade Unions (SAFTU), should be reinstated or not, has been taken to a vote.

New policies are expected to be adopted before the conference draws to a close on Thursday.

The have been taken to a disciplinary hearing by the federation following accusations of misuse of funds.

The second day of the congress started on shaky grounds as many delegates expressed dissatisfaction with the suspension of its national office beaters.

This has seen acting officials presiding over the start of the congress, something that has caused divisions within the unions affiliated to SAFTU.

Hence the decision to vote on the matter.

However, this has seen Vavi continuing with the report, since his election to the office in 2017.

Delivering his Secretariat Report, Vavi says since the establishment of SAFTU, there has been a increase in the number of people who are not unionised in South Africa.

He says this poses a challenge to the trade union federation.   “We have not turned the tide of a working class in retreat, despite the existence of SAFTU, which in 2017 promised a new beginning for the trade union movement. At the time when we met in 2017, 76 % of workers were not organised to any union. Today, 77 % of workers are not in any union.”

Vavi aims to contest his position: