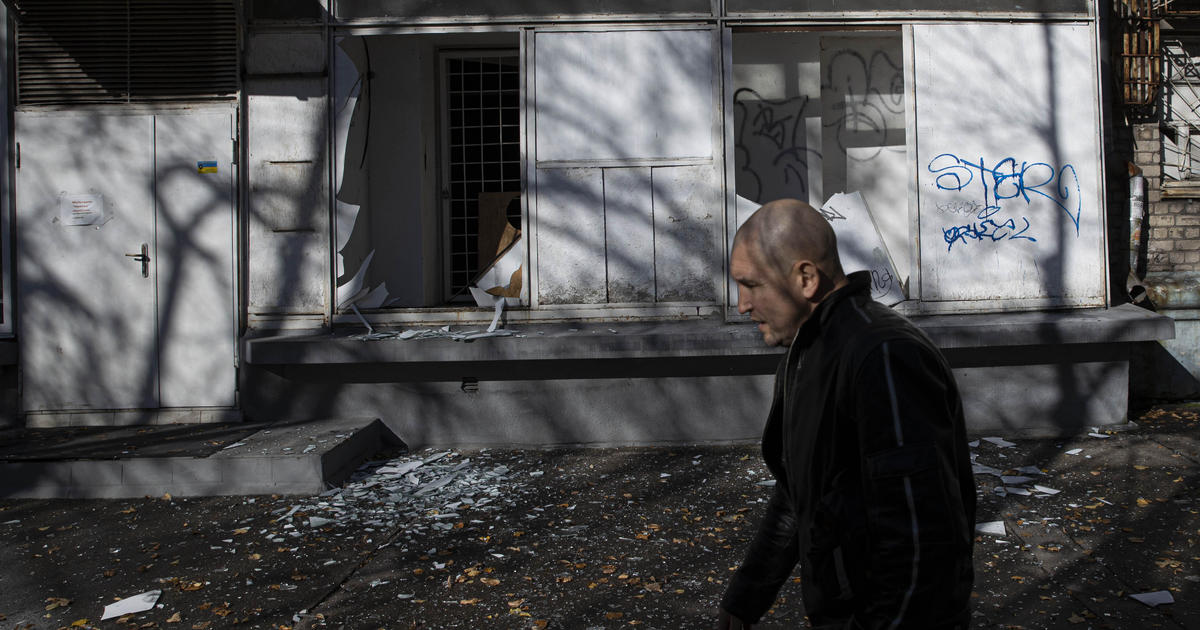 Critical infrastructure in Kyiv, Kharkiv, and other Ukrainian towns was struck by a tremendous onslaught of Russian attacks on Monday morning. The strike, which seemed to be reprisal for what Moscow alleges was a Ukrainian attack on its Black Sea Fleet over the weekend, saw Russian missiles take out water and power supplies.

The military command and energy systems of Ukraine were the target of “strikes using long-range high-precision air and sea-based weaponry,” according to the Russian Defense Ministry.

The ministry said in a statement that “the strikes’ objectives were met and all intended targets were struck.

Of the more than 50 cruise missiles fired by Russia, Ukraine’s air force claimed to have shot down 44. However, according to Ukrainian Prime Minister Denys Shmyhal, missiles and drones struck 10 areas of the country and destroyed 18 objects, the majority of which were energy infrastructure.

In a Facebook post, he claimed that hundreds of communities across seven different Ukrainian regions were left without electricity, adding that “the repercussions might have been considerably worse” if the Ukrainian military hadn’t fired down the majority of the Russian missiles.
In the early hours of the morning, inhabitants in the Ukrainian capital heard loud booms as they got ready for work. The emergency services sent out text messages warning of a missile assault, and air raid sirens sounded nonstop for three hours.
According to Kyiv Mayor Vitali Klitschko, the damage to a power plant left 80% of the city’s 3 million residents without access to water supplies.
Klitschko urged inhabitants of Kyiv should “stock up on water from the closest pump rooms and places of sale” while local officials worked to restore supply as quickly as feasible.

The head of President Volodymyr Zelenskyy’s administration, Andriy Yermak, declared that the strikes on civilian targets would not make Ukraine’s resistance weaker.

Generations of Russians will suffer much as a result of their shame, we will endure, said Yermak.

Two days before to the strikes, Russia accused Ukraine of launching a drone attack on its Black Sea Fleet off the coast of the Crimean Peninsula, which it had occupied. Russia declared that it was stopping its participation in a U.N.-mediated agreement to ensure the safety of ships bringing grain from Ukraine, even though Ukraine disputed the assault and said Russia handled its own weaponry improperly.

Russia launched a tremendous barrage of attacks against Ukrainian infrastructure for the second time this month. Following an explosion on the Kerch Bridge, the only land connection between the Russian-occupied Crimean Peninsula in Ukraine and the Russian mainland, an assault of a similar kind shocked the war-torn nation on October 10. Moscow held Kyiv accountable for the explosion, but Ukraine never admitted guilt in the open.

The strikes on Monday happened shortly before Petr Fiala, the prime minister of the Czech Republic, and other senior officials, including the ministers of foreign affairs, defense, and interior, arrived in Kyiv as part of the most recent European Union assistance mission to Ukraine.

According to Prime Minister Shmyhal, there are ongoing emergency power outages in the cities of Kharkiv, Dnipropetrovsk, Kyiv, and Zaporizhzhia. The official stated, “Today, just as in previous weeks, it is crucial that Ukrainians utilize energy carefully and lessen the stress on the system.”
Oleksii Kuleba, the governor of the Kyiv area, said that one person was hurt and many homes were destroyed in the early morning assaults.
As the cold weather approaches, Kuleba said that “the Kremlin is exacting retribution for military failures on peaceful people who are left without power and heat.”

The largest nuclear power plant in Europe is located at Enerhodar, some 20 miles from Zaporizhzhia, which is still controlled by Ukrainian troops. Fighting near the Russian-occupied facility has stoked fears of an accident or possibly a planned strike that might cause broad radioactive contamination for months.
The western Ukrainian province of Lviv was also attacked on Monday, but the missiles were shot down, according to Maksym Kozytskyy, the governor of Lviv.