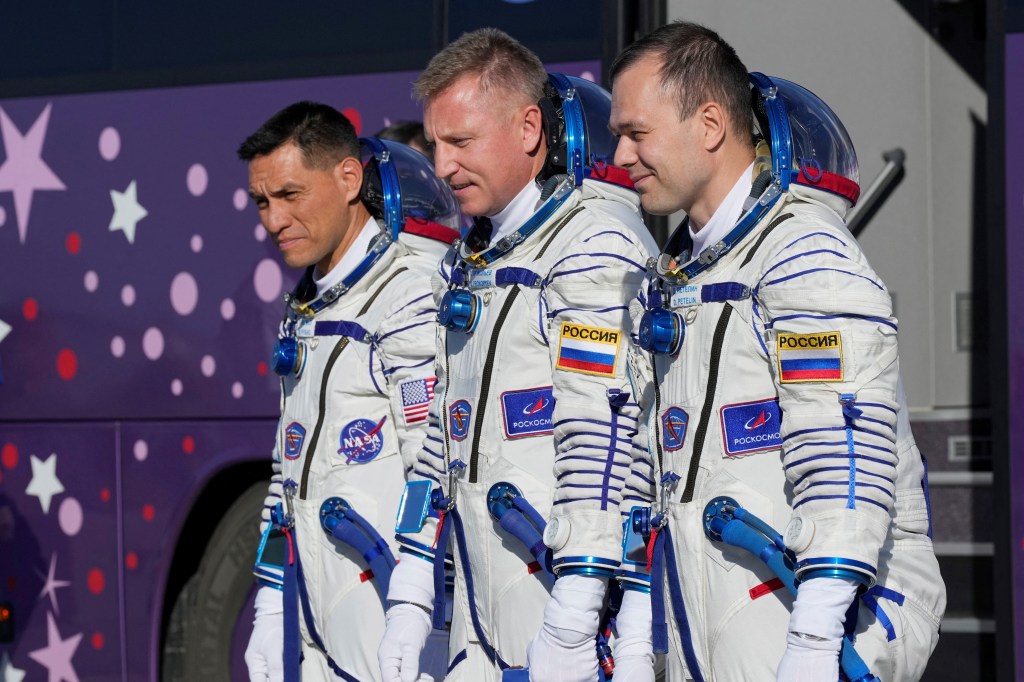 NASA webcasts indicated that a regular spacewalk by two Russian cosmonauts aboard the International Space Station (ISS) was aborted after flight controllers spotted a torrent of liquid gushing from a docked Soyuz spacecraft.

The fluid spray, visible on NASA’s live camera stream as a torrent of snowflake-like particles issuing from the back segment of the Soyuz MS-22 capsule, was identified as a coolant leak by a NASA commentator.

NASA stated that none of the seven current International Space Station (ISS) crew members — three Russian cosmonauts, three American NASA astronauts, and one Japanese astronaut – were ever in danger.

The incident occurred as crew commander Sergey Prokopyev and flight engineer Dimitri Petelin were prepared for a spacewalk to move a radiator from one module to another on the Russian component of the International Space Station.

An official with Russia’s mission control operations near Moscow was heard in a radio message informing Prokopyev and Petelin that their spacewalk had been canceled while engineers investigated the nature and source of the leak.

The NASA commentator on the livestream, Rob Navias, broadcasting from NASA’s Johnson Space Center in Houston, also stated that the spacewalk was canceled due to the leak, which he stated began at approximately 7:45 p.m. EDT (0145 GMT Thursday).

According to Navias, the Soyuz spacecraft landed to the ISS in September, carrying Prokopyev, Petelin, and American astronaut Frank Rubio, and has remained attached to the Earth-facing side of the orbiting laboratory.

The spacewalk scheduled for Wednesday was postponed in late November due to malfunctioning cooling pumps in the cosmonauts’ spacesuits, according to Navias.

NASA reports that this was to be the 257th spacewalk in the 22-year history of the International Space Station for assembly, maintenance, and upgrade activities.

Navias stated that it was too early to determine what impact the leak would have on the spacecraft’s structural integrity or whether it might cause problems for the crew’s return to Earth at the conclusion of their mission.

Since 2000, the ISS has been continually staffed by a U.S.-Russian-led cooperation that includes Canada, Japan, and 11 European nations. The ISS is the size of an American football field and orbits approximately 250 miles above Earth.