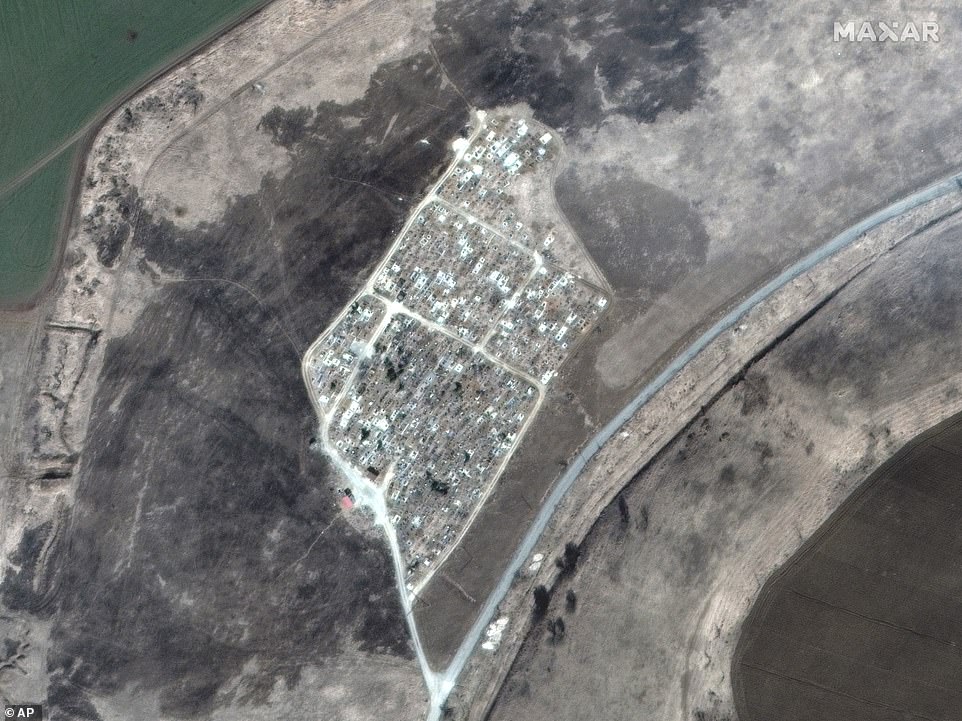 Putin’s regime has announced it will deploy the fearsome nuclear-capable ‘Satan II’ missile it recently tested in a show of strength by autumn, in a further ratcheting of tensions between Russia and the West as Moscow redoubles its brutal war on Ukraine.

The Sarmat missile is said to be the world’s longest-range intercontinental ballistic missile, capable of striking a target 11,200 miles away – meaning it could easily strike targets in the US and Europe.

Western military experts said the Sarmat is capable of carrying 10 or more nuclear warheads and decoys – easily enough to wipe out Britain or France in a single strike.

However, analysts believe the target revealed by Dmitry Rogozin, head of Putin’s Roscosmos space agency, is an ambitious one because Moscow reported its first test-launch only on Wednesday and more tests will be needed before the missile can be deployed.

This week’s test, after years of delays due to funding and technical issues, marks a show of strength by Russia at a time when the war in Ukraine has sent tensions with the US and its allies soaring to their highest levels since the 1962 Cuban missile crisis.

Rogozin said in an interview with Russian state TV that the missiles would be deployed with a unit in the Krasnoyarsk region of Siberia, about 1,860 miles east of Moscow. He said they would be placed at the same sites and in the same silos as the Soviet-era Voyevoda missiles they are replacing, something that would save ‘colossal resources and time’.

The launch of the ‘super-weapon’ was an historic event that would guarantee the security of Russia’s children and grandchildren for the next 30-40 years, Rogozin added.

Western concern at the risk of nuclear war has increased since Putin launched his illegal and brutal invasion of Ukraine on February 24.

When the Russian tyrant burst into the former Soviet state, he made a reference to his nation’s nuclear deterrents, warning the West that any major intervention would ‘lead you to such consequences that you have never encountered in your history’.

Last month United Nations Secretary-General Antonio Guterres warned: ‘The prospect of nuclear conflict, once unthinkable, is now back within the realm of possibility.’

Launched from the Plesetsk Cosmodrome facility in northern Russia, the missile’s practice warheads hit targets 3,600 miles away at the Kura firing range in the Kamchatka peninsula.

If fully armed, it can deliver a payload big enough to destroy an area the size of France.

Capable of travelling at up to 16,000mph, it can deploy multiple warheads and other weapons towards targets at hypersonic speeds, making it extremely difficult to bring down.

It will be able to launch the Avangard, Russia’s first hypersonic missile, which can travel at the top of the Earth’s atmosphere at more than ten times the speed of sound.

Putin has previously described the weapon as ‘invincible’. The original Soviet-era Satan missile has been in service since the 1970s, while ‘Satan II’ is said to have been in development since the early 2000s.

‘By the time they [the West] find an antidote, we must have found another solution to this. And today we are working on it. There are developments, there is work in progress.

Jack Watling, of the Royal United Services Institute defence think-tank said the timing of the test was mere posturing by Putin ahead of Russia’s Victory Day on May 9, where the Kremlin shows off its weapons.

‘The timing of the test reflects the Russians wanting to have something to show as a technological achievement in the lead-up to Victory Day, at a time when a lot of their technology has not delivered the results they would have liked in Ukraine,’ he said.

Fiona Hill, a British-born Russia expert and former White House intelligence adviser who was former deputy assistant to the president when Donald Trump was in office, has warned that Putin’s ‘nuclear blackmail’ was likely to increase the international demand for nuclear arms.

New satellite photos have revealed a second mass grave near Mariupol – as Russian forces continue to pummel the last 2,000 Ukrainian defenders trapped in a steelworks in the city.

The latest photos from Maxar Technologies showed the site at a cemetery in the town of Vynohradne. It has several newly dug parallel trenches measuring about 131 feet long, Maxar said in a statement.

On Thursday, Maxar released photos of what appeared to be rows upon rows of more than 200 freshly dug mass graves next to a cemetery in the town of Manhush, outside Mariupol. That prompted Ukrainian accusations that the Russians are trying to conceal the slaughter of civilians in the city.

‘This confirms again that the occupiers arrange the collection, burial and cremation of dead residents in every district of the city,’ Andryushchenko said on the Telegram messaging app.

The Ukrainians estimated that the graves seen in the photos released Thursday could hold 9,000 bodies. The Kremlin did not respond to the satellite pictures.

Meanwhile, Russian forces have resumed air strikes on and are trying to storm the Azovstal steel works where Ukraine’s remaining forces in Mariupol are holding out, Ukrainian presidential adviser Oleksiy Arestovych said on Saturday.

‘The enemy is trying to strangle the final resistance of the defenders of Mariupol in the Azovstal area,’ Arestovych said on national television.

Fresh attempts to evacuate civilians from the city on Saturday failed, an aide to Mariupol’s mayor revealed.