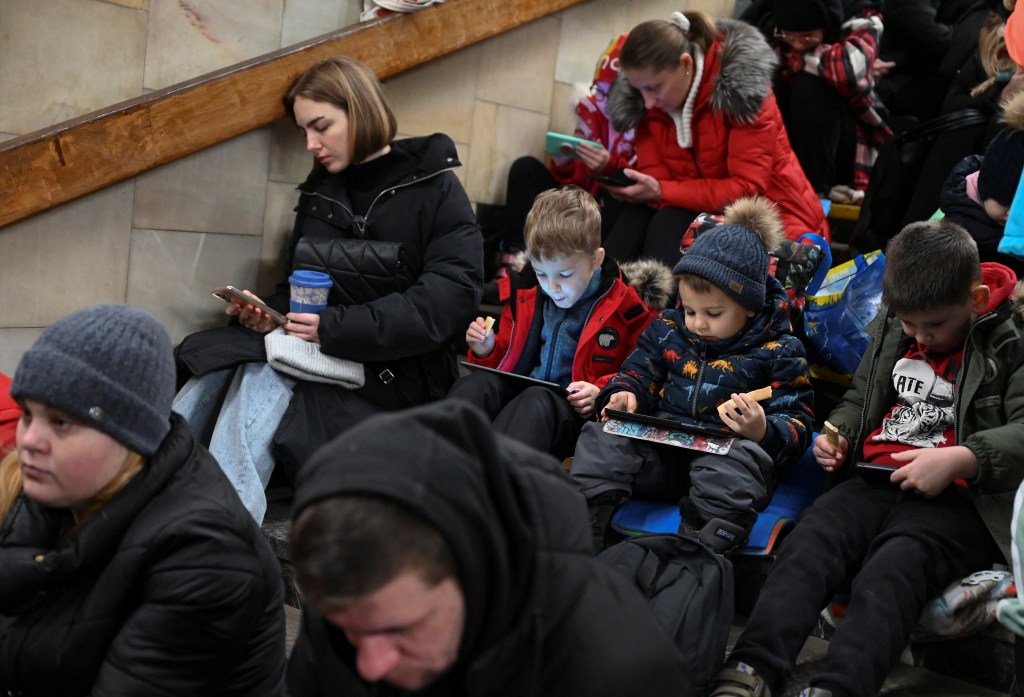 At least one person was killed as Russia launched a salvo of missiles at Ukraine during rush hour on Thursday, a day after Kyiv won Western commitments of dozens of modern combat tanks to repel the Russian invasion.

Moscow reacted angrily to the German and American declarations, and in the past has responded to seeming Ukrainian victories with air strikes that have left millions without access to electricity, heat, or water.

The Ukrainian military has reportedly shot down all 24 Russian drones dispatched overnight, including 15 around the city, with no reported damage.

The Kremlin stated on Thursday that it views the promised transfer of Western tanks to Ukraine as the United States and Europe’s “direct involvement” in the 11-month-old conflict, which both deny.

In the nation’s capital, thousands sought shelter in subterranean metro stations. Mayor Vitali Klitschko reported that one person was killed and two were injured after a missile struck non-residential structures in the city’s south.

The military administration of Kiev reported that more than 15 missiles fired at Kiev were intercepted, but asked residents to remain in bunkers.

DTEK, the largest private energy producer in Ukraine, announced that it was initiating emergency power outages in Kiev, the surrounding area, and the provinces of Odessa and Dnipropetrovsk due to the immediate threat.

According to the district military administration, Russian missile strikes destroyed energy infrastructure in Odesa, the Black Sea port classified as a “World Heritage in Danger” site on Wednesday by the U.N. cultural body UNESCO.

According to Western commentators, the strikes on Ukrainian cities are more of a psychological operation than a strategic one.

Both sides are poised to launch major ground offensives in the spring, and Ukraine has been searching for hundreds of modern tanks in an effort to break through Russian defensive lines and retake occupied territory in the south and east.

Ukraine and Russia have depended heavily on T-72 tanks from the Soviet era.

“Currently, speed and volume are crucial. Swiftness in training our forces and arming Ukraine with tanks. Wednesday night, President Volodymyr Zelensky delivered his nightly video message, in which he discussed tank support stats.

We must construct such a “tank fist” and “fist of freedom.”

Zelensky stated that he had met with NATO Secretary General Jens Stoltenberg and requested long-range weapons and planes, continuing Kiev’s drumbeat of requests.

In the last six months, Ukraine’s allies have supplied billions of dollars in military aid, including powerful U.S. missile systems that have helped reverse the course of the fight.

The United States was hesitant to deploy the difficult-to-maintain Abrams, but had to shift course in order to convince Germany to send its more easily maintained German-built Leopards to Ukraine.

Germany will provide an initial company of 14 tanks from its stockpiles, which could be operational in three or four months, and will authorise supplies by friendly European nations with the goal of equipping two battalions with approximately 100 tanks.

The Leopard is a system that can be maintained by every NATO member, and crews and mechanics can be trained on a single model, according to Ukrainian military analyst Viktor Kevlyuk.

If we were admitted to this club in exchange for these vehicles, I would say our prospects are favorable.

President Joe Biden stated that the 31 M1 Abrams tanks that the United States will deliver to Russia represent “no offensive threat.”

The Russian ambassador to Germany, Sergei Nechayev, branded Berlin’s action “extremely dangerous” and “escalating the conflict to a new level of confrontation” on Wednesday.

Since invading Ukraine on February 24, 2014, Russia’s officially stated objectives have switched from “denazifying” and “demilitarizing” its neighbor to opposing an allegedly aggressive and expansionist U.S.-led NATO alliance.

The Russian invasion has resulted in the deaths of thousands of civilians, the displacement of millions, and the destruction of entire cities.

The heaviest fighting is currently occurring in Bakhmut, an eastern Ukrainian town with a pre-war population of 70,000 that has witnessed some of the worst conflict of the war.

According to the Ukrainian military, Russia attacked “with the intention of capturing the entire Donetsk region, regardless of its own casualties.”

The Russian-installed governor of Donetsk stated on Wednesday that Wagner contract militia units were advancing inside Bakhmut amid combat on the periphery and in newly Ukrainian-held neighborhoods.

Reuters was unable to confirm the battlefield reports.

»Russia fires missiles at Ukraine after Kyiv gets tanks«