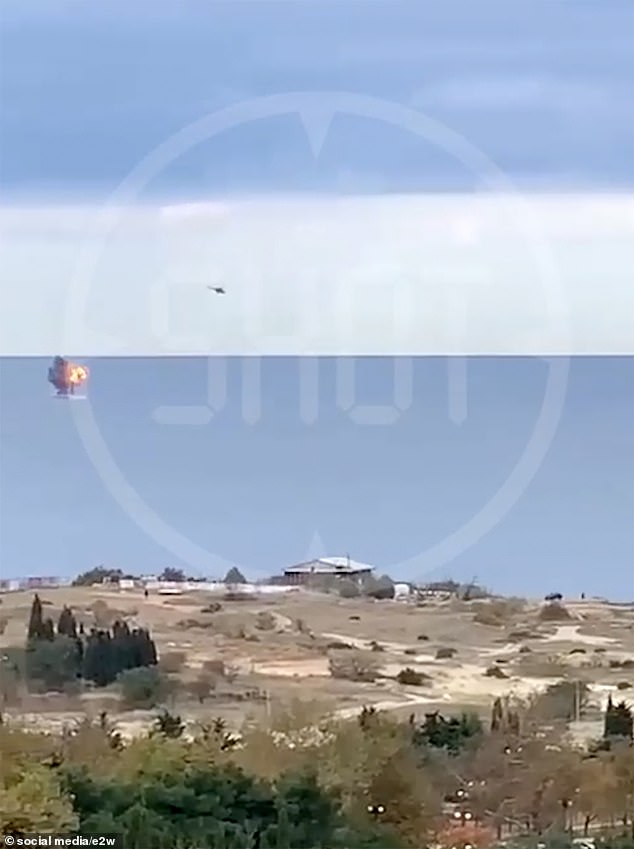 Massive explosions have been witnessed striking a strategic naval station in occupied Crimea, which Russia claims was the target of a significant Ukrainian drone assault.

According to reports, Russian warships in the Black Sea had to repel an attack in Sevastopol, the main city in Ukraine-annexed Crimea.

According to Ukrainian sources, a number of Russian fleet ships were blown up. Apparently, this includes the frigate Admiral Makarov.

Local media claim that rescuers are still attempting to extinguish a fire on one of the ships this morning.

Governor of Sevastopol, Russia, Mikhail Razvozhayev, stated that there was no damage to the city’s infrastructure.

One resident stated, “I awoke at 4:00 a.m. to an enormous explosion. Thankfully, these are [our] air defenses.

“I’ve never heard anything like that. It rained so hard that the apartment’s windows shook.

Putin’s military has been pummeled by Kyiv’s armies, and Russia appears to have abandoned its offensive against Ukraine. As a result, Russia is now on the defensive.

Yesterday, British intelligence reported that severely undermanned and poorly trained Russian units have stopped advancing across the majority of the front line over the past six weeks.

Ukrainian forces advance in both the country’s north and south, pushing east from Kharkiv into Luhansk and advancing toward Kherson.