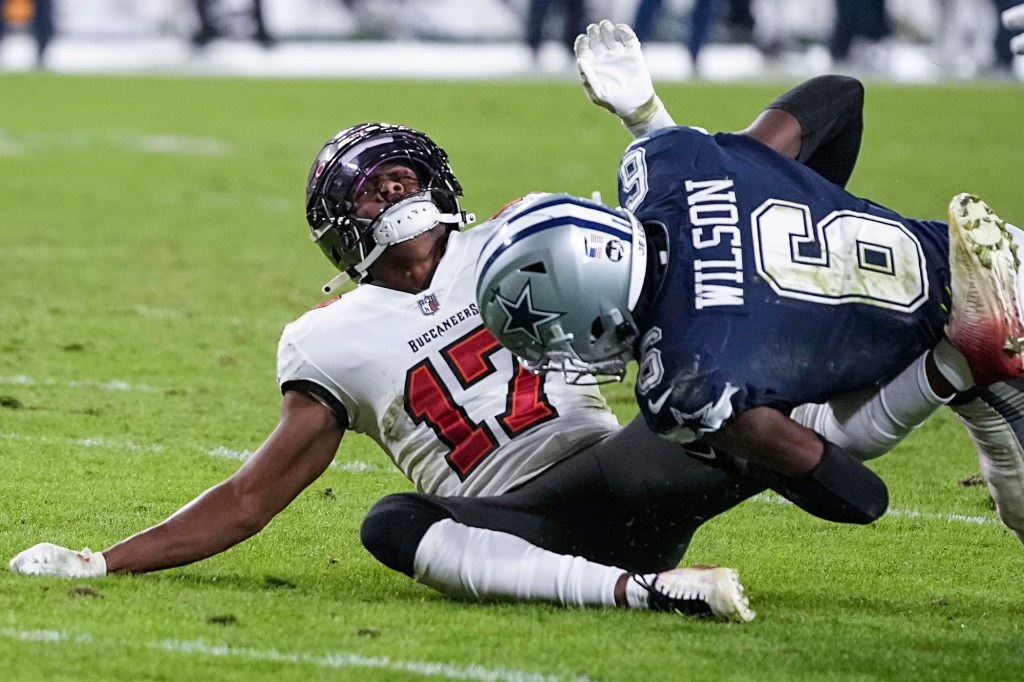 The Buccaneers delivered a positive report on wide receiver Russell Gage on Tuesday, who sustained a frightening neck injury and concussion in Monday’s wild-card game against the Cowboys.

Gage, who was carted off the field on a backboard in the fourth quarter and then hospitalized, “has movement in all extremities,” according to a statement released by the Buccaneers organization, adding that he “will continue to undergo additional testing today.”

The Buccaneers said that they will release additional details as they become available.

On January 16, 2023, Buccaneers wide receiver Russell Gage (17) gets struck by Cowboys safety Donovan Wilson during the second half of their wild-card game.

Donovan Wilson, a safety for the Cowboys, struck Gage in the head and neck area as he attempted to catch a ball late in the game.

While medical personnel attended to Gage, players from both teams knelt in solidarity around him.

The Buccaneers were eliminated from the playoffs after a 31-14 loss to the Cowboys.

On January 16, 2023, Buccaneers and Cowboys players congregate after Buccaneers wide receiver Russell Gage gets hurt during their wild-card game.