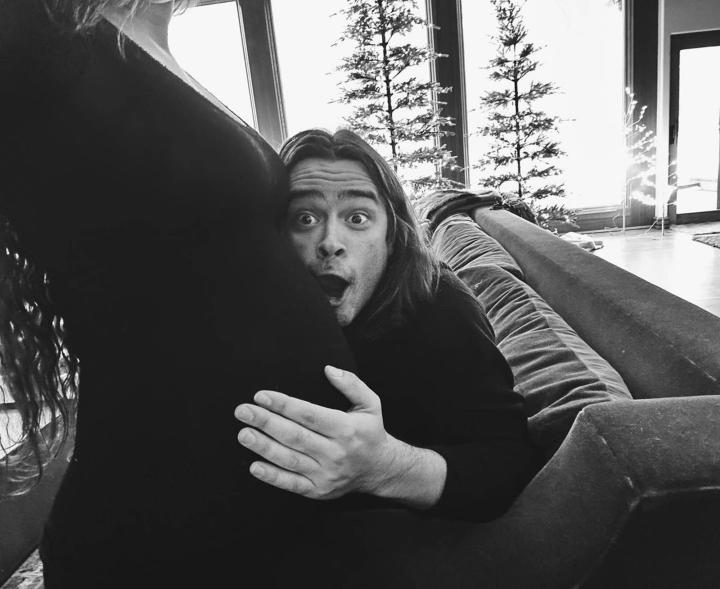 Rumer Willis will become a mother!

Tuesday, the 34-year-old actress announced she and Derek Richard Thomas are expecting their first child.

She posted three black-and-white photographs of her expanding baby belly with the phrase.

The first and third images depict the indie musician cooing over Willis’ pregnant abdomen, while the second image focuses on her silhouette.

Fans and famous acquaintances began filling the celebrity’s post with congrats shortly after the announcement.

“I am overjoyed for you, my friend. Such wonderful news! Congratulations!!!,” Aaron Paul said, while Brittany Snow exclaimed, “Congratulations,

“I feel really amazing. The 31-year-old Scout Willis and her 28-year-old sister Tallulah shouted, “What a jubilant hard launch celebration!” “EEEEEEEE!!!! We adore this mother!”

The actress made the announcement on Tuesday alongside images of her baby belly.

Rumer only recently announced her romance with the lead singer of the band Vista Kicks, releasing adorable photos of the duo sitting in front of a fall setting.

Thomas gushed over the “House Bunny” actor in an August birthday message, however it is unclear when the two began dating.

“In the short time we’ve been together, you’ve brought joy and calm into my life,” he captioned an Instagram snapshot of the couple “jamming to the Stones in London.”

He continued, “Everything is so simple with you. We sing, dance, and play, but we laugh the most. Thank you for being you; you are a magical person, and I’m so happy you entered my life.”

Rumer first alluded to their relationship in May, when she described Thomas as “one of the most gifted singers and composers I’ve heard in a very long time”

The former “Dancing With the Stars” contestant’s pregnancy announcement comes nine months after her father, 67-year-old Bruce Willis, announced his retirement from acting because to aphasia.