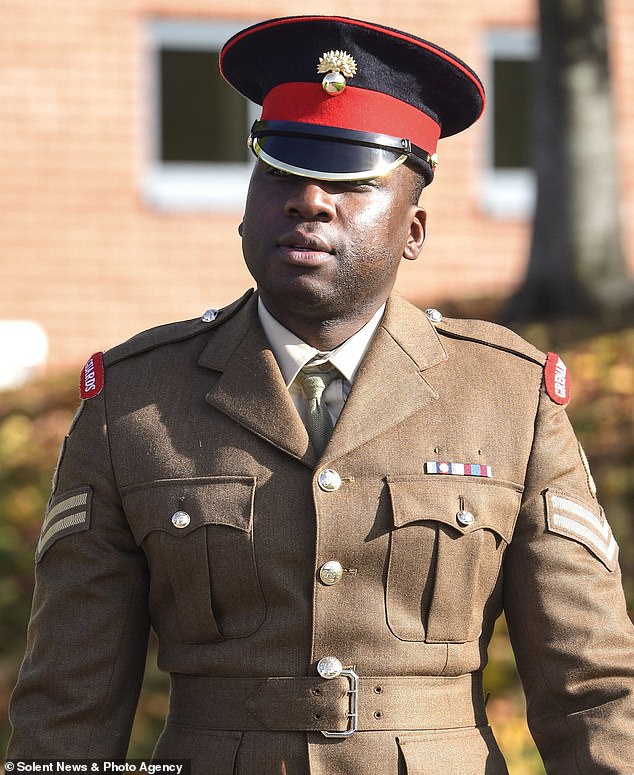 A court martial heard that a Grenadier Guard who missed his assignment guarding Buckingham Palace due to excessive rum consumption and passing out on the floor was fined two weeks’ pay.

Lance Sergeant Farai Mabasa made the “extremely stupid choice” to have a drink with a coworker at his barracks even though he was supposed to be on duty starting at 2am.

The Queen’s Guard soldier he was supposed to replace called the 36-year-old twice to attempt to locate him but he had passed out and missed the whole night duty.

Later that morning, when he was called to return to the palace, he was discovered smelling of alcohol, the court martial was informed.

The Lance Sergeant was degraded in rank and given a seven-day detention term after first entering a guilty plea to two counts of being physically unfit due to drinking and failing to report for duty.

However, under that procedure, a Lance Sergeant cannot be ordered to be imprisoned without special authority, under Army regulations.

At an appeal hearing held at Bulford Military Court in Wiltshire, the initial penalty was invalidated since this consent was never requested.

The event happened on August 12 when the late Queen was on vacation at Balmoral, the court heard.

Lance Sergeant Mabasa concluded his duty at Buckingham Palace at 10 p.m., and the prosecutor, Flight Lieutenant Charlotte Adams, claimed he was scheduled to return at 2 a.m.

“(His colleague) checked on his room and the guardroom, but [Lance Sergeant Mabasa] wasn’t there,” she claimed. He didn’t pick up the phone when he called him every five minutes.

Instead, for the balance of the shift, (the coworker) remained on watch. Lance Sergeant Mabasa, who had been drinking, was discovered dozing off on the floor.

At 8.30 am, when he was supposed to return to Buckingham Palace, he staggered into the guardroom smelling of booze. He was ordered back to Wellington Barracks after being found unfit for duty.

Given Lance Sergeant Mabasa’s position, Flight Lieutenant Adams said at the appeal hearing that the first penalty was “illegal.”

Because Lance Sergeant Mabasa is an experienced serviceman, she stated, “The aggravating aspect here is that he should have realized the repercussions of being under the influence while doing his duties.”

Lance Sergeant Mabasa had previously used alcohol as a “crutch,” but Alex Rynn said that following the event, Mabasa had been going to Alcoholics Anonymous three times per week and had come to terms with the “destructive impact” that it had on him.

Mr. Rynn stated: “[Lance Sergeant Mabasa] is very sorry; he realizes that he has committed an error and that he is being punished appropriately.”

“He made a stupid mistake, a very bad one, to have a drink with a coworker. He was scheduled to report back to Queen’s Guard at 2am.

He didn’t answer his phone because, according to the story, he had a rum drink and slept off.

Considering the level you had at the time, Judge Advocate General Darren Reed said to Lance Sergeant Mabasa, “We judge this to be serious.”

Your incapacity for duty is just as bad.

We consider this to be willful neglect of your obligation; you made yourself incapable to carry out.

He said, “You cannot be held because of your rank,” in reference to the original demotion and week-long confinement.

The rank of Lance Sergeant Mabasa will remain the same.