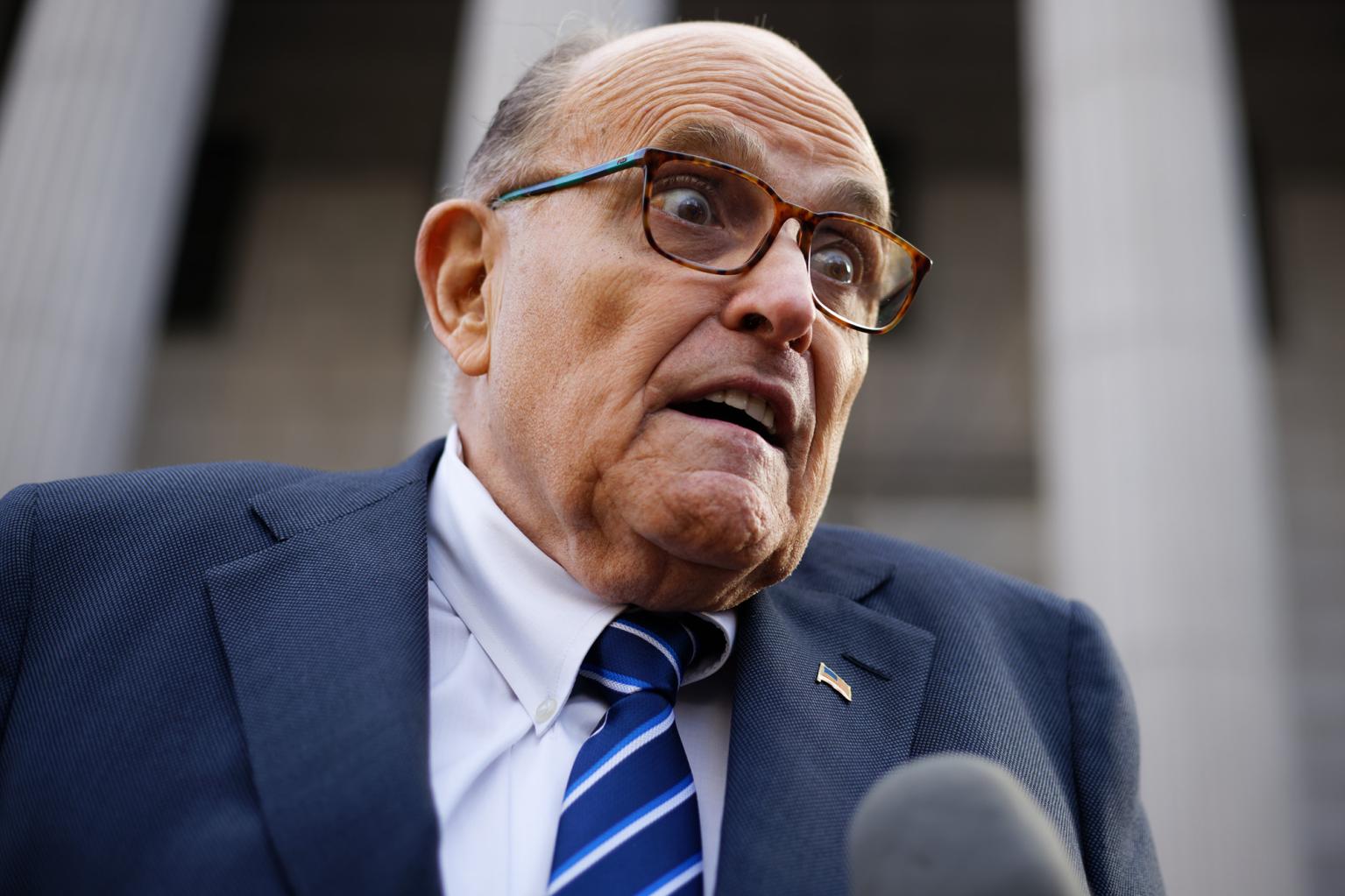 According to new court documents, a New York woman sued for $3.1 million, alleging that before firing her and not paying her for work she had already completed, he demanded sexual favors and fostered a “toxic” work environment.

According to a Manhattan Supreme Court summons from Tuesday, Noelle Dunphy, 43, claims she worked for the former mayor as “an off-the-books, secret employee” from 2019 to 2021 doing business development work, during which time Giuliani allegedly “sexually harassed [her] and demanded sexual favors.”

The claim in Dunphy’s filing is that Rudolph W. Giuliani, the former US Attorney and man once known as “America’s Mayor,” is a sexual predator and abuser.

According to court documents, Dunphy, who is suing on her own behalf, described a “toxic and sexually hostile work environment” full of disparaging remarks directed at women, minorities, and anyone “suspected of ‘disloyalty’.”

Giuliani frequently made racist, bigoted, and/or anti-Semitic remarks, as well as anti-LGBTQ and anti-woman remarks, according to the documents, frequently during confused and hostile alcohol-infused outbursts.

The court documents claim that Dunphy began working for Giuliani at a time when his “publicly-documented alcohol abuse of alcohol worsened” as a result of his costly and contentious divorce from Judith Giuliani and “mounting” political and legal controversies that occurred both during and after his time working for former President Donald Trump.

Dunphy claims Giuliani forced her to work undercover and receive “deferred compensation,” despite the fact that none of his male employees were, according to the lawsuit.

Dunphy told the Daily Beast: “It started with Rudy as my boss and lawyer and later turned romantic.” The summons does not say whether Dunphy gave in to Giuliani’s alleged sexual advances.

She said to the outlet, “I can’t remain silent any longer.

Giuliani eventually lost interest in Dunphy, shifting his “desire” to another worker, and fired Dunphy in 2021 “without giving the compensation for work already done, and on the basis of no legitimate reason,” the filing claims.

The summons asserts that she also claims she was not provided with severance and was not compensated for work-related expenses.

The court documents claim that after she asked Giuliani for assistance in finding a new job, he “became spiteful” and “demanded that [she] remain silent about all associations” with him.

The summons states that Giuliani allegedly threatened Dunphy, saying that if she didn’t keep quiet, he would “retaliate in other ways” using his private investigators and connections to Trump.

According to the filing, Dunphy claimed that before she started working for Giuliani, he represented her pro bono in a domestic violence case and was aware of her “lived trauma” when he threatened her.

She charged him with legal malpractice, claiming that because he allowed the statute of limitations to lapse, she was never able to file a lawsuit in the domestic abuse case.

Additionally, according to the summons, Giuliani frequently “was intoxicated while discussing matters of law, and he leveraged his counsel to pressure her for sexual quid-pro-quo during lawyer-client consultations.” He also occasionally “seemed unable to remember key facts” in her case.

The summons claims that Giuliani used the traumatic details of Dunphy’s prior victimization to satisfy his immoral sexual compulsions and fetishes.

Robert Costello, Giuliani’s attorney, did not immediately respond to a request for comment.

Dunphy, according to Costello, “never worked for any Giuliani entity.”

No lawyer would associate themselves with this nonsense, so these libelous claims were made by a non-attorney, according to Costello.

In retaliation, Dunphy told the Daily Beast that her summons contained “very specific allegations of non-payment and an unlawfully toxic work environment, all of which are offered in a court filing subject to a penalty of perjury and backed by evidence which will be introduced at trial.”

According to the Daily Beast, Dunphy filed a lawsuit against a former real estate investor flame in 2015, alleging that he had repeatedly abused her. According to the report, the two reached a settlement in which he gave her $10,000.

In response to the Daily Beast’s inquiry, Dunphy declined to comment.