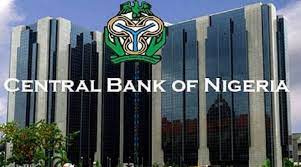 The Governor of the Central Bank of Nigeria, Godwin Emefiele, has ordered the immediate release of N3.5 billion in rebates to 150 exporters who took part in the Race to $200 billion scheme, otherwise known as RT200 FX Programme.

This was disclosed by the Managing Director of Fidelity Bank, Nneka Onyeali-Okpe, while speaking in a virtual press conference after the Committee’s meeting.

She said, “This rebate we just announced will be paid quarterly to exporters who qualify. All this is to ensure that we boost the foreign exchange that goes into the country.”

The CBN announced in February that it would pay exporters N65 for every dollar sold into the economy through the Investors & Exporters window, and N35 for every dollar repatriated and sold into I&E for personal use. The program has pumped $60 million into the Nigerian economy.

“According to data from the CBN, $60 million has come into the country since the programme commenced in February,” Onyeali added.

The CBN rebate scheme is intended to provide a significant incentive for Nigeria to achieve its objective of US$200 billion in foreign exchange repatriation from non-oil exports over the next 3-5 years.

Also, only exporters that repatriated export proceeds and sell them at the Investors & Exporters Window will qualify for the scheme.

The exporter must successfully have completed the e-Form NXP, Registration with Corporate Affairs Commission (CAC) and Nigeria Export Promotion Council (NEPC) to be eligible for the rebate.

The apex bank stated that any exporter that presents fraudulent document(s) or tries to undermine this Scheme shall be banned from accessing the incentive for 24 months and all accounts shall be placed on PN for the same period.
Nairametrics