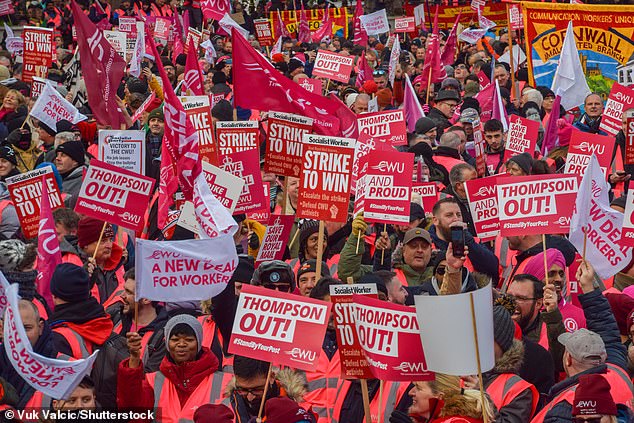 Yesterday, the Royal Mail went on strike once more and ceased delivering letters and packages, prioritizing only special services.

As the walkouts continue today, it seems unlikely that last-minute cards and gifts will arrive in time for Christmas.

Despite “well-developed contingency preparations,” Royal Mail stated that it “cannot totally replace the daily efforts of its frontline personnel.”

It advised that normal service for mail and packages will not resume until the first business day following the Christmas break.

The majority of post offices are anticipated to stay operational, while a few will be closed due to the CWU action.

However, mail left in mailboxes or post offices the day before, during, or after strike dates is likely to be delayed.

The general secretary of the CWU, Dave Ward, stated that the Royal Mail “was never serious about rescuing Christmas,” and that the union rejected their offer “hours after receiving it.”

A spokesperson for the postal service, however, stated that a “growing number of posties” were returning to work each strike day, indicating that support for the strike is waning.