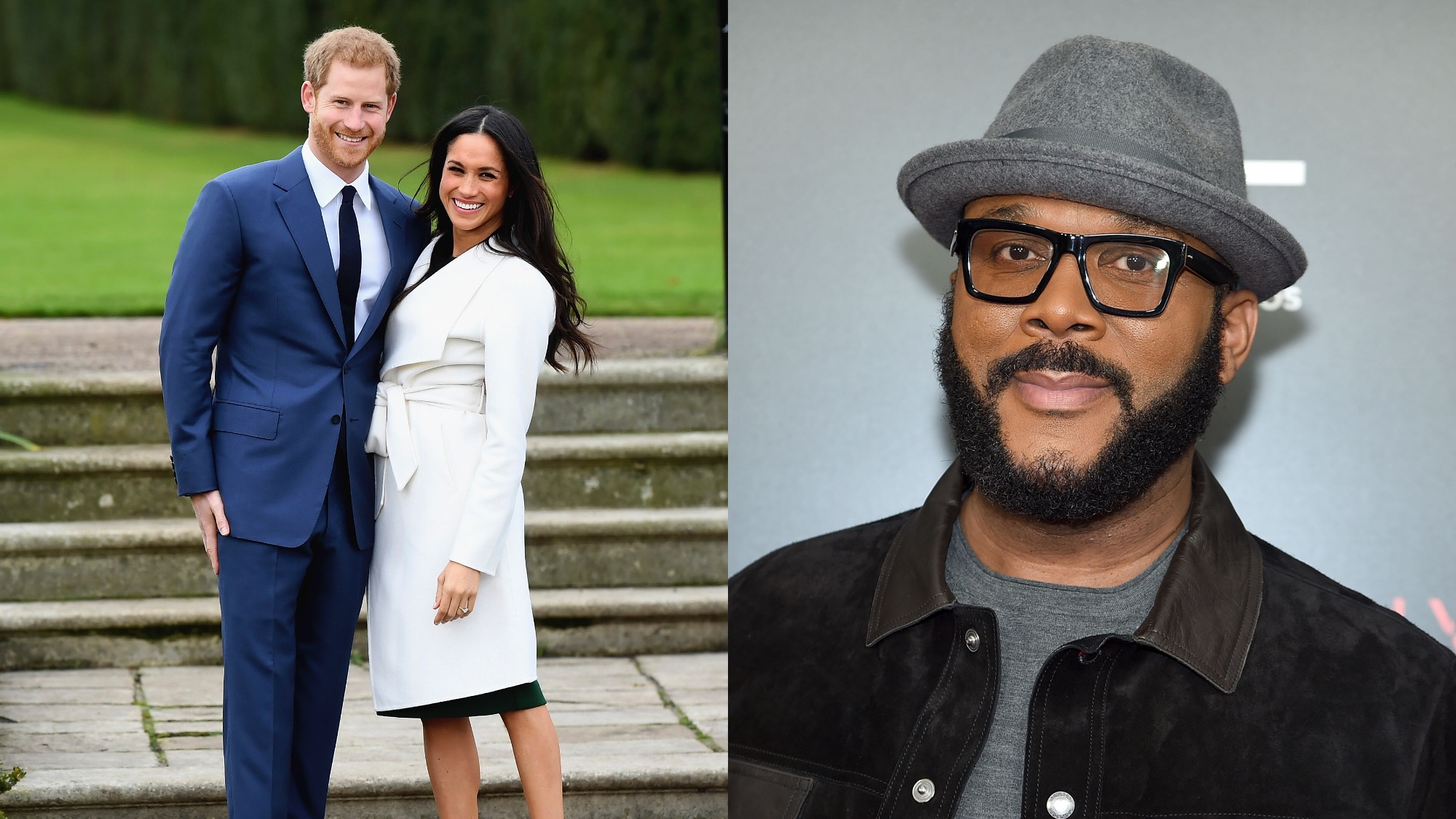 In Episode 6 of Harry & Meghan on Netflix, Prince Harry refers to “this incredible friend we’ve never met who believes in us and wants to help.” The family is depicted going to Los Angeles on an aircraft on March 14, 2020, at the time that Covid-19 shut down the globe. Who is this mysterious aiding the royals? Why, it’s Tyler Perry as Madea herself.

A few known celebrity personalities have appeared in interviews or news video regarding the pair thus far on the series. In one episode, Meghan Markle’s pal Serena Williams is interviewed, while in another episode centered on the couple’s wedding, we see photographs of the wedding attendees, including Idris Elba, the Beckhams, and Oprah Winfrey. Perry is depicted as a sort of guardian angel who appeared to the couple during a time of despair when they wanted to find safety and stability in the United States.

Prior to their wedding in 2018, the documentary reveals that Perry, who had never met Harry or Meghan, addressed Meghan a letter after learning that Markle’s father had sold information to tabloids. “When my life changed and prosperity began to come my way, my family members changed, and I know how terrible that can be,” Perry explains. I immediately felt sympathy for her. Perry states in his letter that he informed Markle that he was praying for her and that she should contact him if she ever required assistance. In March of 2020, Meghan and Harry had just recently stated that they would be stepping down from their responsibilities as senior royals; consequently, they were cut off from the vast majority of the royal family’s resources, including funds and protection. During this time, they were residing on Vancouver Island in Canada, and the paparazzi had just discovered the location of their home, resulting in an invasion of their privacy and a threat to their safety. Then, according to Markle, she finally accepted Perry’s offer to assist them.

“Our location was exposed, we knew our security was being revoked, and everyone in the world knew where we were,” Markle says, so she called Perry while living on Vancouver Island, declaring that she was a “wreck,” and the two had a deep conversation about Markle’s fears about what would happen to her and her family after leaving their royal positions behind. With Covid looming, Meghan and Harry realized they could no longer reside in Canada, so Perry asked them to live in his Beverly Hills house permanently. Markle claims that he told the family, “I’ll drive you there safely and keep you there safely until you have somewhere else to go.” The family stayed in Perry’s mansion for six weeks until the Daily Mail found their whereabouts and sent their dogs sniffing around for images, but they credit Perry with providing them with space and quiet at a time when they most needed it.

Perry’s act of compassion certainly made an impression and fostered a lasting friendship with the couple; later in the same episode, Perry discloses that his relationship with the family has persisted and that he is Lilibet’s godfather. (He did miss Lilibet’s baptism, however.)