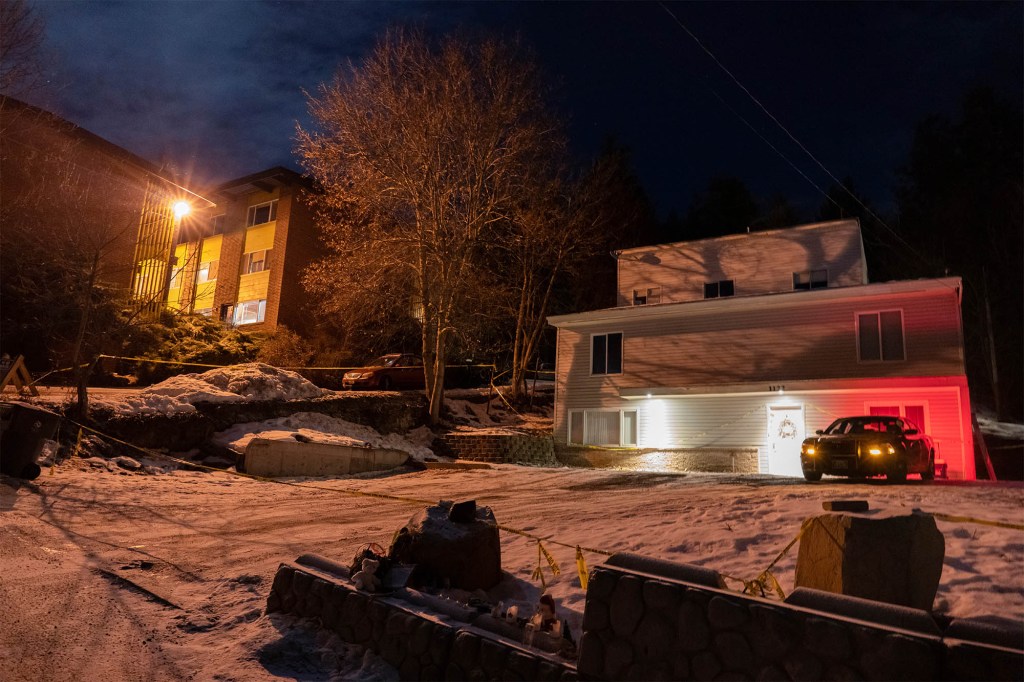 According to a police investigation, one of the roommates in the University of Idaho murder house had a face-to-face encounter with the murderer.

On November 13, four students were killed, but Dylan Mortensen, 21, and Bethany Funke, 21, who shared a three-story horror home with the victims in Moscow, Idaho, were spared.

Police issued a probable cause statement outlining their reasons for suspecting Bryan Kohberger as he appeared in court on Thursday to face four counts of first-degree murder in the stabbing deaths of Ethan Chapin, 20, Xana Kernodle, 20, Madison Mogen, 21, and Kaylee Goncalves, 21.

It described Funke and Mortensen’s version of what happened, which said that by 2 a.m., all six persons were inside the house. Mortensen, who resided on the first floor, claimed that shortly after, she had dozed off but had been awakened at around four in the morning when “she heard what she assumed was Goncalves say something to the effect of “there’s someone here”.”

She opened her door, but could see nothing. Mortensen then “opened her door a second time when she heard what she thought was crying coming from Kemodle’s room,” according to the police report. It added Mortensen “then said she heard a male voice say something to the effect of ’It’s ok, I’m going to help you.’”

“Mortensen stated she opened her door for the third time after she heard the crying and saw a figure clad in black clothing and a mask that covered the person’s mouth and nose walking towards her. “Mortensen described the figure as 5′ 1 0″ or taller, male, not very muscular, but athletically built with bushy eyebrows. The male walked past [her] as she stood in a ‘frozen shock phase.’ The male walked towards the back sliding glass door. Mortensen locked herself in her room after seeing the male.”