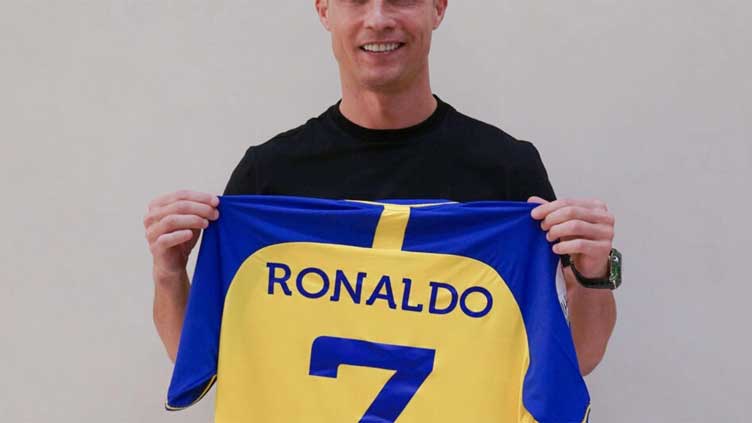 Cristiano Ronaldo will be revealed in front of tens of thousands of supporters at Saudi Arabia’s Al Nassr club on Tuesday, according to a club spokeswoman, after completing a deal worth an estimated 200 million euros.

Al-Walid Al-Muhaidib, a spokesman for the club, informed AFP that the five-time Ballon d’Or winner, who is 37 years old, will come with his family, media, and technical staff on Monday evening.

Ronaldo, who left Manchester United under a cloud after criticizing the club in a television interview, is scheduled to appear at Al Nassr’s 25,000-seat Mrsool Park stadium in Riyadh on Tuesday at 7:00 p.m. (1600 GMT), according to officials.

The latest, and possibly final, chapter in an amazing career comes weeks after Portugal’s elimination from the World Cup quarterfinals in neighboring Qatar, where Messi won the cup with Argentina.

The purchase of Ronaldo until June 2025 is the latest incursion into elite sports by oil-rich Saudi Arabia, which has also invested in Formula One, boxing, golf, and English club Newcastle United.

Critics have labeled this tactic “sportswashing” – an attempt by the conservative nation to divert attention away from its human rights record.

Al Nassr anticipates a packed stadium for the unveiling, according to an unnamed official who was not authorized to communicate with the media.

Ronaldo is by far the most famous player to have played in Saudi Arabia, although George Weah, Pep Guardiola, and Xavi also spent time in the affluent Gulf in their golden years.

RONALD MAKES ‘HISTORY’
Al Nassr, the nine-time Saudi league champions, have described Ronaldo’s acquisition as “history in the making,” stating that he will inspire the rest of the league and even the country.

In a tweet, Saudi Sports Minister Prince Abdulaziz bin Turki Al-Faisal promised to “help the remainder of our teams in their pursuit of excellent contracts with international stars in the near future.”

United terminated Ronaldo’s contract at the World Cup, following an explosive interview in which he claimed to feel “betrayed” by the club and to have little regard for coach Erik ten Hag.

The careers of Pitso Mosimane and Cristiano Ronaldo will intersect in 2023.

Ronaldo in Saudi Arabia
According to previous reports, Ronaldo would earn $207 million per season. According to recent estimates, Ronaldo will be guaranteed $75 million per year for his on-field skills, with the potential to earn around $200 million via commercial agreements with the club. Image courtesy of Twitter/@Qdpaper2
Before taking a wage reduction to rejoin United, the Portuguese forward was one of the highest-paid players in football, earning an estimated 31 million euros at Juventus.

He is also the leading scorer in the Champions League and with the Portuguese national team, with which he won the 2016 European Championship.