Skip to content
Go Home «» News «» Breaking News «» Robert Kraft, owner of the Patriots, invites a fan ridiculed by a Raiders fan in a viral video to New England 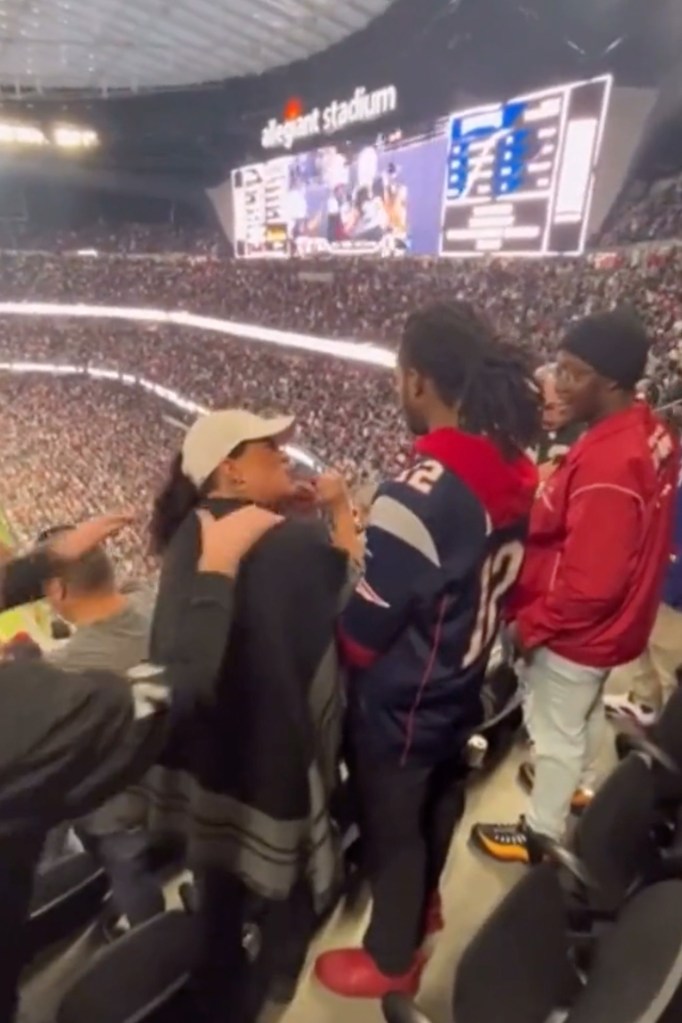 Following a recent New England Patriots game, one man is being honored for his exemplary patience.

The owner of the Patriots, Robert Kraft, issued an invitation to supporter Jerry Edmond, who was the target of a verbal abuse after New England’s Sunday loss to the Raiders in Las Vegas.

In a video that has now gone viral, a Raiders fan wearing a Derek Carr jersey berated the composed Edmond before another fan embraced her amid the tense incident.

Edmond was presented with tickets to the Patriots’ game versus the Bengals on December 24 as well as a personalized jersey and pregame passes to Gillette Stadium from Kraft himself.

Edmond, who was attending his very first NFL game, described why he remained silent throughout the interaction.

Edmond stated, “I didn’t want to ruin my pleasure by retaliating against that woman, so I held my calm.”

I would want to thank everyone for their wonderful comments. That was my first-ever NFL game, and I am the Patriots fan in the video. My name is Jerry Edmond. I did not wish to ruin my pleasure by retaliating against the woman, so I maintained my composure.

Edmond reportedly came to Las Vegas for the game and anticipated “trolling from Raiders fans,” but received more.

“On behalf of the Raiders, we appreciate your professionalism. No fan should be subjected to such treatment. “We shall be in contact,” said Douglass Morgan.

Edmond joined Brian Babz, the original poster of the video, for an Instagram live discussion in which he recalled the game and the circumstances behind the unusual outburst.

“I was mostly silent during the first half because the Raiders were ahead. They were already chirping, and I believe one of the things I said to get her to approach me was, “Every time (quarterback) Derek Carr made a mistake, I would yell, “That’s the Derek Carr I know!”

In addition to the invitation to Saturday’s game extended by Kraft, TickPick has offered tickets to another NFL game in Edmond.

“Let us know if you wish to attend another NFL game in the future,” the third-party ticket reseller stated. “We secured seats for you.”

Robert Kraft and Raiders owner Mark Davis prior to the game on December 18.

According to Babz’s response to TickPick, a major sporting event will be place in Glendale, Arizona, in February.

Edmond accepted the invitation and will be present to observe the Patriots’ latest effort to maintain their postseason aspirations.

»Robert Kraft, owner of the Patriots, invites a fan ridiculed by a Raiders fan in a viral video to New England«