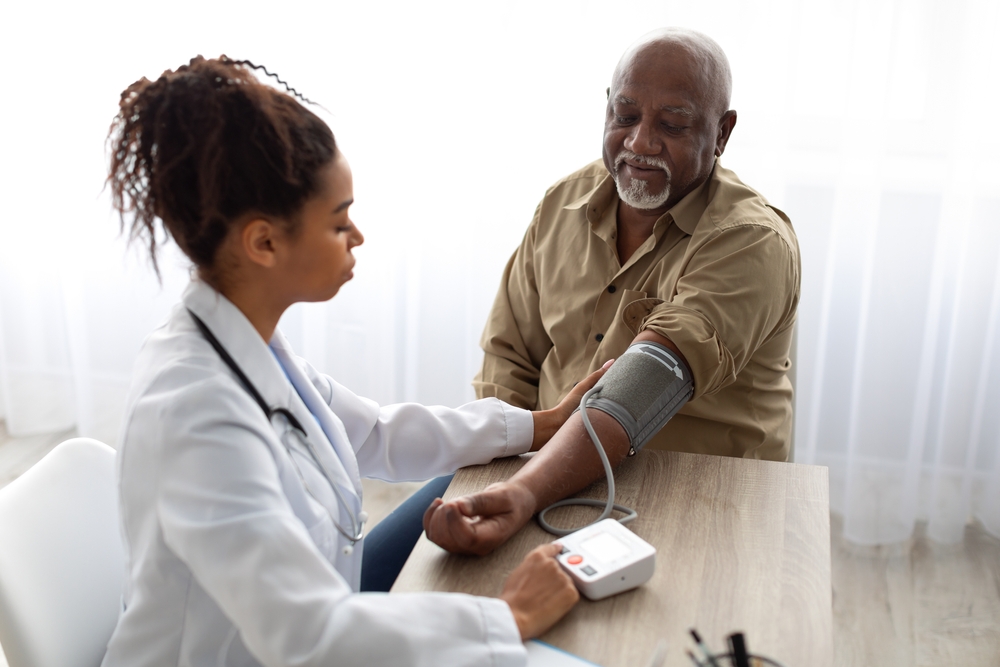 A large study funded by the NIH revealed that rural Black men are at the greatest risk.

According to a large observational study funded by the National Institutes of Health, adults living in rural areas of the United States have a 19% higher risk of having heart failure compared to their urban counterparts, and Black men living in rural areas had an especially high risk – 34%.

The study, one of the first to examine the association between living in rural America and the onset of heart failure, highlights the need for more individualized approaches to heart failure prevention among rural residents, particularly Black men. The study was primarily supported by the National Heart, Lung, and Blood Institute (NHLBI) of the NIH, and the findings, conducted in partnership with Vanderbilt University Medical Center in Nashville, Tennessee, were published in JAMA Cardiology today.

Véronique L. Roger, M.D., M.P.H., the study’s corresponding author and a senior investigator with the NHLBI’s Division of Intramural Research’s Epidemiology and Community Health Branch, stated, “We did not expect to find a difference of this magnitude in the prevalence of heart failure between rural and urban communities, especially among rural-dwelling Black men.” This study demonstrates the need for tools or interventions tailored specifically to avoid heart failure in rural populations, particularly among Black men.

Sarah Turecamo, a medical student in her fourth year at the New York University Grossman School of Medicine in New York City and a participant in the NIH Medical Research Scholars Program, concurred. “It is much simpler to prevent heart failure than it is to reduce its mortality,” stated Turecamo.

The National Heart, Lung, and Blood Institute and Vanderbilt University Medical Center reviewed data from The Southern Community Cohort Investigation, a longitudinal study of the health of persons in the southeastern United States. In 12 states, they examined the incidence of newly diagnosed heart failure among rural and urban individuals (Alabama, Arkansas, Florida, Georgia, Kentucky, Louisiana, Mississippi, North Carolina, South Carolina, Tennessee, Virginia, and West Virginia). The population, which at enrolment included 27,115 persons without heart failure, was followed for approximately 13 years. Nearly 20% of participants resided in rural areas, and the remaining 80% resided in metropolitan areas. Almost 69% were people of African descent recruited from community health centers that serve medically underserved communities.

The precise causes of these rural-urban health differences are unknown and are currently being investigated. Multiple reasons, including institutional racism, inequality in access to health care, and a scarcity of grocery stores offering affordable and healthy foods, according to researchers, may be at play.

David Goff, M.D., Ph.D., director of the Division of Cardiovascular Sciences at the National Heart, Lung, and Blood Institute (NHLBI), stated, “Finding an association between living in rural areas and an increased incidence of heart failure is an important advance, especially given its implications for helping to address geographic-, gender-, and race-based disparities.” As we continue to combat heart disease, the top cause of death in the U.S., we look forward to further research investigating therapies to prevent heart failure in rural communities.

Heart failure is a gradual and chronic illness that occurs when the heart is unable to pump enough blood to meet the body’s needs. Breathlessness during regular activity or difficulty breathing when lying down are common symptoms. The illness, for which there are few therapeutic options, affects around 6.2 million adult Americans.

By leading a heart-healthy lifestyle, heart failure can be averted. Black males had disproportionately high rates of hypertension, or high blood pressure, according to Roger, a cardiologist at the NHLBI and a practicing cardiologist. Hypertension is one of the leading causes of heart failure. By frequently monitoring blood pressure and using recommended medications, the condition should be controlled carefully. Other measures to lower the risk of heart failure include avoiding all kinds of tobacco, consuming a nutritious diet, and engaging in regular exercise.

This work was supported by the NIH Medical Research Scholars Program, a public-private collaboration jointly funded by the NIH and contributions to the NIH Foundation. The research was also supported by the Division of Intramural Research of the NHLBI, the NHLBI Training Award in Cardiovascular Research (T32 367 HL007411), the Intramural Research Program of the National Institute of Minority Health and Health Disparities, the National Cancer Institute (grants R01 CA092447 and 368 U01 CA202979), and additional funding from the American Recovery and Reinvestment Act (3R01 CA 029447-0851). National Cancer Institute finances the Southern Community Cohort Study. Please refer to the published journal article for a complete list of funding sources.

NHLBI: About the National Heart, Lung, and Blood Institute The NHLBI is the global leader in performing and supporting research that enhances scientific knowledge, improves public health, and saves lives in the areas of heart, lung, and blood illnesses and sleep disorders. For additional details, please visit www.nhlbi.nih.gov.

NIH stands for the National Institutes of Health. The National Institutes of Health (NIH), the nation’s medical research organization, consists of 27 Institutes and Centers and is part of the U.S. Department of Health and Human Services. The NIH is the principal government organization that conducts and supports basic, clinical, and translational medical research and investigates the causes, treatments, and cures for both common and rare diseases. Visit www.nih.gov for more information on the NIH and its initiatives.