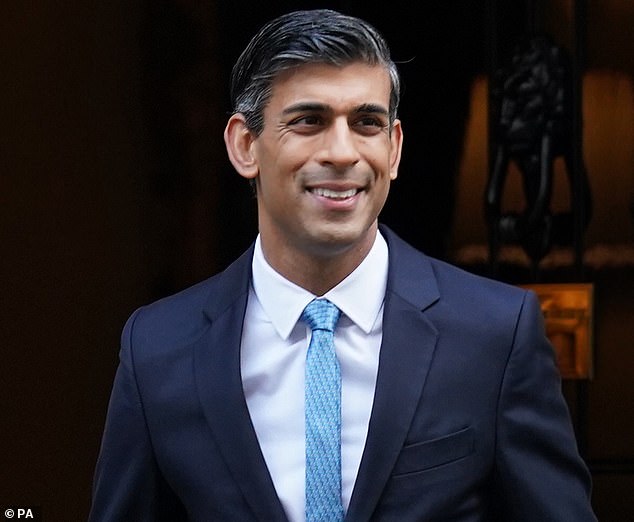 An ex-Cabinet minister warned today that the Conservative vote could collapse throughout the country if more houses are not built, as Tory lawmakers continued their bitter struggle over planning restrictions.

Former Levelling Up, Housing and Communities Secretary Simon Clarke stated that it was “economics and politics 101” that a shortage of affordable housing would harm the party’s electoral prospects.

He likened the success of the Conservatives in his hometown of Teesside, where nurses and teachers “may still buy a nice family home,” to their terrible performance in previous London elections.

Mr. Clarke remarked, “You can’t make the argument for populist Conservatism if you can’t afford to purchase or even rent a home.”

In the midst of a fierce dispute among Conservatives about planned changes to the planning laws, he issues this warning.

Yesterday, Rishi Sunak withdrew a vote on the Government’s flagship Levelling Up Bill in an effort to contain the rising Tory political strife over housing.

A large number of Conservative backbenchers are threatening to revolt against the legislation in an effort to impose stricter regulations on the construction of houses in the countryside and suburbs and to eliminate required objectives.

More than forty Conservative MPs propose an amendment to the Bill that would prohibit municipalities from using centrally-set housing objectives when deciding on planning applications.

Yesterday, Rishi Sunak withdrew the vote on the Government’s flagship Levelling Up Bill in an effort to contain the rising Tory party strife over housebuilding.

Simon Clarke argued that it was elementary economics and politics that a shortage of affordable housing would hurt the Conservatives at the polls.

The ex-Cabinet minister contrasted the Conservatives’ recent performance in London with their local triumph on Teesside.

The 2019 Conservative election manifesto contained a pledge to build 300,000 houses annually by the middle of this decade.

This proposal is one of several suggested by Theresa Villiers, the former secretary of the environment, that would radically alter the planning system.

This includes making it simpler for municipalities to prohibit construction on greenfield property and offering additional incentives for brownfield site development.

The Government postponed the vote on the Bill, which had been scheduled for next week, by several weeks yesterday night.

According to sources, ministers would utilize the opportunity to “engage constructively” with dissidents.

However, Mr. Clarke has led a counterattack against the rebels’ efforts to change the law and relinquish key housing goals.

The 2019 Conservative election platform contained a pledge to construct 300,000 houses annually by the middle of this decade.

Mr. Clarke tweeted: “There are vital arguments about the sort of homes and the incentives we might establish to encourage communities to support their construction – just as there are for other key infrastructure.

However, our failure to construct dwellings is a political issue and is not inevitable.

“We must also acknowledge that the Conservatives carry a great deal of responsibility for this issue.

All political parties engage in games with this. But we are the party of opportunity, and we are raising the ladder for those under the age of 40.’

More than forty Conservative MPs propose an amendment to the Levelling Up Bill that would prohibit councils from considering centrally-set housebuilding objectives.

You can’t make the argument for popular Conservatism if you can’t afford to purchase or even rent, which has contributed at least in part to our declining vote in the nation’s capital.

Why are we unable to win in regions such as Teesside? It is at least partially due to the fact that nurses and teachers can still afford a suitable family home.

This is not rocket science; it is elementary economics and politics.

The former cabinet minister also cited an article on the influential ConservativeHome website that echoed his concerns regarding the electoral consequences of the Conservatives’ failure to build new homes.

The website’s editor, a former member of parliament, Paul Goodman, stated that the Conservatives risked “being dragged down by a death spiral” if they did not provide a better offer to younger voters.

Young people are not stupid,’ he wrote. Whatever the Conservative representatives may say, they can hear the music: they have nothing to offer.

Why should they vote Conservative when the Party excludes them from (home) ownership and capital? Such age wars are neither civilisationally sustainable nor just.

Nor can the Conservatives win elections solely with the support of the elderly. The party risks being dragged down by a literal death spiral.