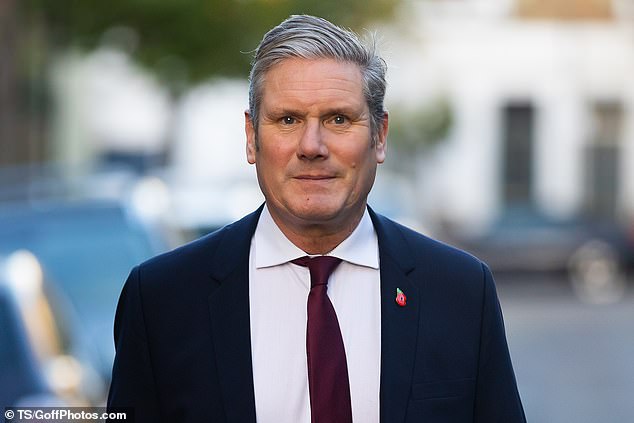 An authoritative polling analyst predicts that the Tories would find it “very, very difficult” to win the next general election as Rishi Sunak faces a “major repair job” among voters.

The British Polling Council’s president, Professor Sir John Curtice, forewarned the incoming Prime Minister and his party that they may be headed for a loss similar to that of 1997.

Sir John said that the people had come to the conclusion that the Tories “cannot be trusted to rule the nation” as a result of Labour’s enormous leads in a number of recent polls.

In response, the popularity of the Conservative Party has decreased “across the whole electorate,” he said during a briefing for Westminster media.

The likelihood that Labour will win the next election is now “quite evident,” with Sir Keir Starmer’s party having a “half-decent chance” of taking the majority in the House of Commons.

Sir John said, “That is a fundamental shift in the political view.”

The scholar from Strathclyde University said that the Conservatives would suffer long-term consequences as a result of Liz Truss’ mini-budget fiasco.

Sir John said, “History says that it’s going to be incredibly tough,” when asked about the Conservatives’ chances of winning the next election, which isn’t scheduled to take place until January 2025.

No government that oversaw a financial crisis has ever ultimately prevailed at the polls.

Voters don’t forget about how the financial markets compelled governments to do a U-turn, according to Sir John.

“And especially when foreign investors inform us that we’ve made a mistake.”

“Governments don’t take this very well.” It will be quite challenging.

With two years before the next election, Sir John warned that “a lot of water to cross the bridge.”

But based on recent polls, he cautioned that the Tories may be in for a setback akin to the crushing blow they received from New Labour in 1997, when they only managed to win 165 seats.

According to Sir John, “The Conservative Party has lost ground throughout the whole electorate.”

The general population has determined they cannot be trusted to lead the nation, which has caused them to lose ground.

They have lost ground across the board and in all regions of the nation, he said.

Right now, the Tories essentially need to rebuild their image among the general public.

But Sir John did provide the Tories and Mr. Sunak some encouragement as he takes the helm as premier this week after replacing Ms. Truss.

He cited the voters’ perception of the PM’s “personal appeal” as the Chancellor who “saved the economy” amid the Covid epidemic.

Before the next election, Sir John posed the following query: “To what degree is Sunak going to be able to turn his personal popularity into support for his party?”

You can already see how there is a huge disparity between Sunak’s popularity personally and the percentage of individuals who are planning to vote for his party, the speaker said.

The popularity of Sunak is a stunning testament to his own reputation, according to Sunak.

However, the polling expert admitted that Mr. Sunak was still “not as popular as he was” prior to the controversy over his Partygate punishment and his affluent wife’s non-dom tax status.

The future of Mr. Sunak and the Tories, according to Sir John, will depend on how the economy performs over the next two years.

As Mr. Sunak contemplates spending cutbacks to balance the public budget, he cautioned that there “isn’t much fat in public expenditure” in compared to fiscal repair projects following the 1992 and 2008 financial crises.