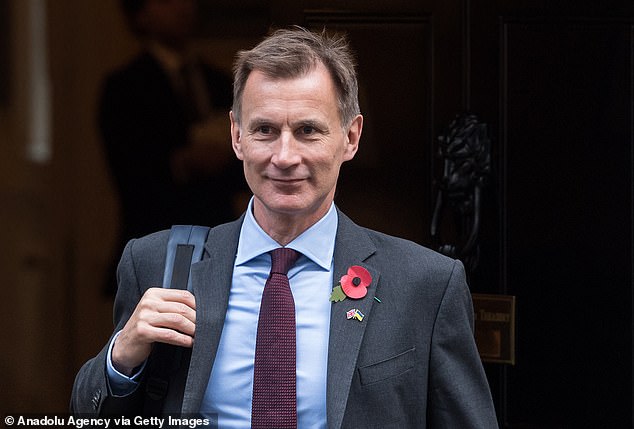 The Government’s promised curb on social care costs could be delayed until after the next election, it was revealed last night.

It is believed that Chancellor Jeremy Hunt and Health Secretary Steve Barclay have accepted a postponement of at least one year as part of attempts to close a £50 billion deficit in the public finances.

The two leaders also agreed that the budget for the National Health Service would be “safeguarded” from cuts.

However, hospitals will be asked to find “efficiencies” in order to help fund efforts to reduce the record-breaking waiting list, which has surpassed seven million.

A one-year delay from the initial beginning date would result in October 2024, which is close to the last conceivable date for the next election. However, Whitehall insiders indicated that it could be delayed further as ministers struggle to find savings.

According to one source, the health and social care fee, which was intended to assist fund the care cap, has now been eliminated. They continued, “Right now, it looks like at least a one-year delay, but that could change by the time we get to the Budget on November 17.”

The government will be unable to fulfill its 2019 manifesto vow that “no one in need of care should be forced to sell their house to pay for it” in the event of further delay.

Former pensions minister Ros Altmann said it was ‘another betrayal of older people’. The row came as:

Mr. Sunak and Mr. Hunt are currently involved in a series of behind-the-scenes discussions with ministers on the anticipated £50 billion deficit.

The Chancellor is aiming for £25 billion in spending cuts and £25 billion in tax increases, and the Treasury warned on Monday that ‘everyone’ would be subject to tax increases. According to sources, the anticipated four-year freeze on income tax thresholds would now last for six years, forcing millions of employees into higher tax brackets.

The social care cap is intended to limit the amount that someone must pay for long-term care at £86,000.

A one-year delay would save the Treasury £1 billion, with savings of up to £3 billion per year feasible for lengthier delays.

Baroness Altmann remarked, “Here we are once more. The Cameron administration enacted legislation for a cap that never materialized. Then, Boris stated that the issue had been resolved and residents would no longer have to sell their properties. It is still not resolved, and it appears that it will be placed back in the ‘too difficult’ box.

She said, “In the past year, the cap was significantly undermined by the government’s choice to put less money in it, so if its implementation is now to be delayed, it will feel as if the entire concept is being thrown to the curb.” Many elderly individuals who pay for their own care and that of their family will be devastated by this news.