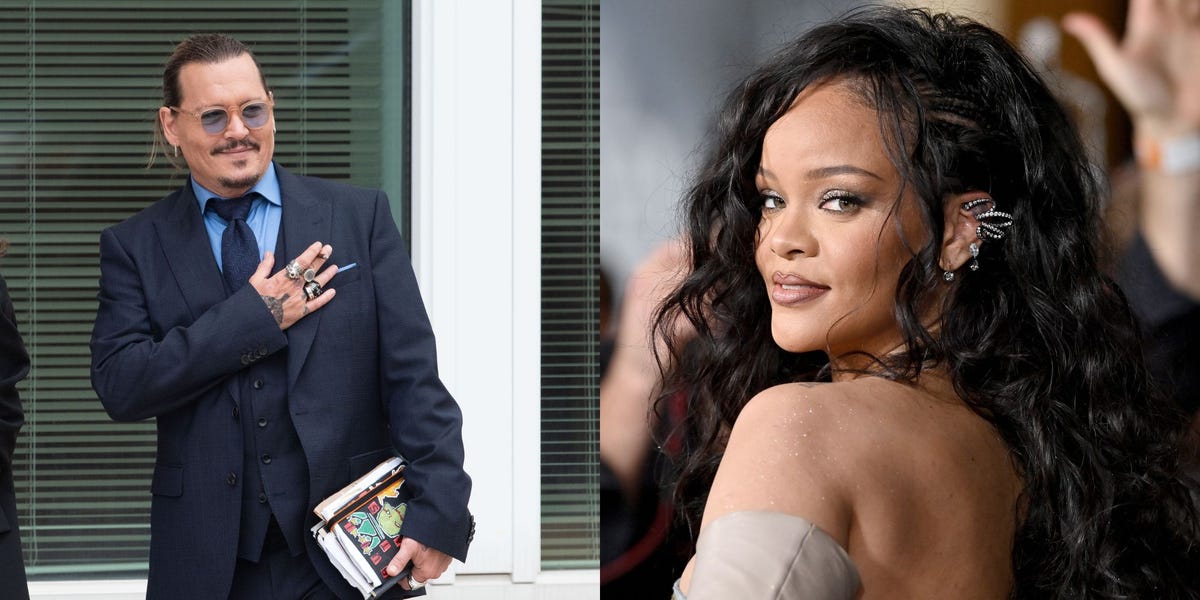 A source confirmed to Insider that Depp will be a part of the show, and TMZ stated that he would be the first man in Savage X Fenty history to be included in one of the show’s highlight parts.

On November 9, the fourth Savage X Fenty episode will premiere on Amazon Prime Video. According to Vogue, Anitta and Burna Boy will sing, and Irina Shayk, Cara Delevingne, and Precious Lee will make appearances.

According to TMZ, Rihanna invited Johnny Depp to come on her show, and his piece has already been shot.

Many of Rihanna’s fans were perplexed by the announcement and wondered why the “Diamonds” singer would invite Depp to perform.

Earlier this year, Depp was involved in a high-profile and controversial trial against his ex-wife Amber Heard. Depp filed a defamation lawsuit against Heard for an opinion piece published in The Washington Post in 2018 in which she claimed that he physically and emotionally abused her throughout their marriage.

Amber Heard testifies against Johnny Depp in their defamation trial.

Some Depp supporters, who vociferously proclaimed his innocence and accused Heard of lying throughout his trial, have complimented Rihanna for incorporating Depp in her presentation.

Others, however, have criticized her decision, particularly in light of the singer’s very public history as a victim of domestic violence.

Chris Brown, a musician and rapper, admitted to physically beating Rihanna in 2009 and was subsequently sentenced to five years of probation for the assault.

Rihanna had previously stated in an interview with Vanity Fair that she had been “punished repeatedly” as a result of the attention she received following the event.

A few have argued that Rihanna and Depp’s collaboration is an example of “one survivor supporting another survivor” and that neither of them deserve criticism from “false feminists.”

However, some other followers maintained that Rihanna has a history of “problematic” incidents.

Twitter and Reddit posts have referenced Rihanna’s tight relationship with Nicki Minaj and her husband, who is a registered sex offender, as well as a 2012 Instagram post that was deemed derogatory to individuals of Asian descent.

Some also attacked Rihanna for earlier addressing the Israeli-Palestinian conflict in an Instagram post, which followers compared to a “all lives matter” message, and stated that they are not shocked by her support of Depp.