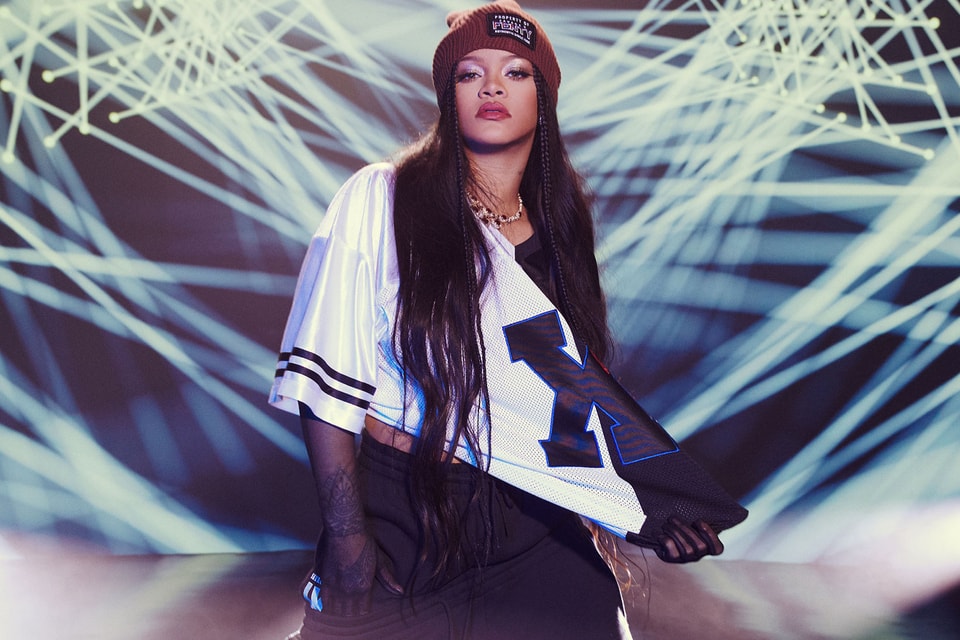 On Super Bowl Sunday, Rihanna fans will don a new uniform instead of team jerseys.

While her halftime show performance is nearly a month away, the Bad Gal began off the football-themed Savage X Fenty merchandise this weekend.

The limited-edition Game Day Collection includes 17 sporty designs ranging in price from $33 to $113 (for non-VIP members) and in sizes XXS to 4X.

The pop icon served as her own best marketing, donning the LVII Sweatpant ($100), LVII Beanie ($45), and Two-Tone Varsity Jersey ($113) for a series of photos on the brand’s Instagram account on Sunday, adding extra glitz with Jimmy Choo shoes and Savage X Fenty mesh gloves.

Rihanna is preparing for the Super Bowl by wearing Savage X Fenty apparel.

Also included among the new line’s alternatives for game day wear? The LVII Surprise T-shirt, which costs $60, reads “Rihanna concert interrupted by a football game, weird but whatever,” is available for individuals who desire nothing more than new Rihanna songs.

True to the brand’s lingerie roots, there are also two colors of football-themed LVII Cotton Boxers ($33) as well as comfortable style basics such as the LVII Hoodie ($113).

In addition to the online release, Savage X Fenty will have a pop-up shop in Los Angeles from January 27 to January 29.

Ending her musical break, the “Love On the Brain” singer stated in September that she would be headlining this year’s halftime show in Glendale, Arizona.

When asked how she felt before the highly anticipated performance, she told TMZ, “I’m nervous… But I’m ecstatic!”

While fans anticipate the style touchdowns the celebrity will undoubtedly score on Super Bowl Sunday, they can stock up on her new lines. However, since items are already running out rapidly, you should not sit on the sidelines; instead, you should conduct your pre-game day shopping immediately.