Skip to content
Go Home «» News «» Entertainment News «» Ricki Lake publishes a video of herself shaving her head with the caption, “Leap of faith.” 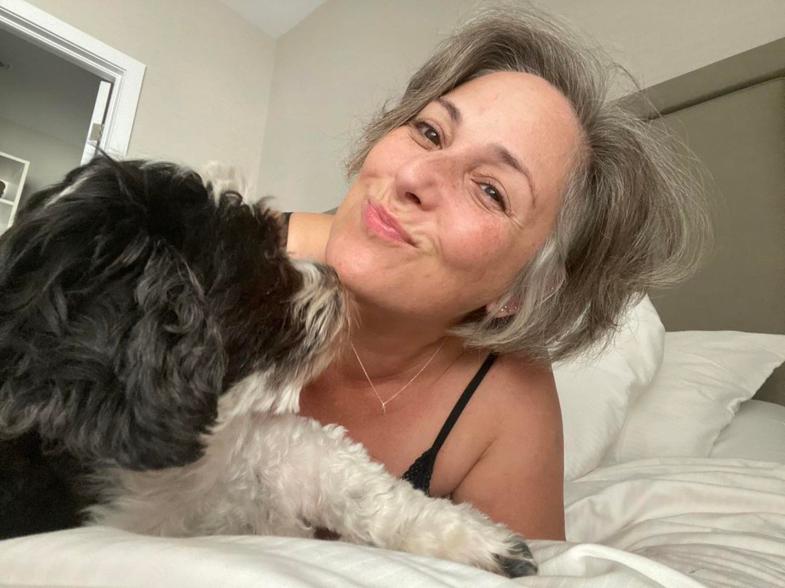 The 54-year-old TV anchor released a video of the day she shaved her head several years ago during her decades-long battle with hair loss over the weekend.

“3 years ago today, on the afternoon of New Year’s Eve 2019, I made the dramatic choice to shave my head after years and years of fighting in secret with my androgenic hair loss,” the “Cry-Baby” actress captioned the Instagram video, which shows a friend helping her buzz off her brown hair.

“I have never shared this unedited video footage before, but I felt compelled to do so now for those of you who have been invested in my narrative.”

Lake said in her caption, “Some of you know my personal battle all too well, and I want you to know that I sincerely empathize with you. This film depicts my arrival in a place of calm, freedom, and, most importantly, self-love and self-acceptance.

The celebrity, who has since regrown her hair and now sports silver strands, went on to express her gratitude to the “close friends” who helped her through her “transition” and stated that she loves her new look.

“After three years, I can state with sincerity that I love and cherish my naturally gray and occasionally unruly head of hair. May everyone who is dealing with anything reach a place of serenity and acceptance. Life is too short,” concluded Lake, adding the hashtags #selflove, #thisis54, and #free.

“Wow!!! Thank you for revealing this really private aspect of yourself and for your openness. “You’re so correct about life — it’s too darn short!” commended one user, while others discussed their personal issues with hair loss.

“Currently struggling with this. I can’t wear my top hair extensions anymore because my hair loss has become worse, therefore I need a wig and I’m terrified,” said one reader, thanking Lake for sharing her story and helping her feel “less alone in this process.”

In January 2020, the “Hairspray” star revealed her shaved head and hair loss fight via social media, stating that she had been “mainly suffering in silence.”

In the comments area, fans expressed their support for her, with many sharing their own experiences with hair loss.

“It has been devastating, humiliating, terrible, frightening, depressing, and lonely,” Lake wrote at the time. “There have been a few occasions where I felt suicide because of it. Almost no one in my life was aware of the extent of my suffering and trauma.

The Daytime Emmy winner revealed last summer that she had successfully regrown her hair with Harklinikken hair care products; she now works as an ambassador for the Scandinavian business.

»Ricki Lake publishes a video of herself shaving her head with the caption, “Leap of faith.”«