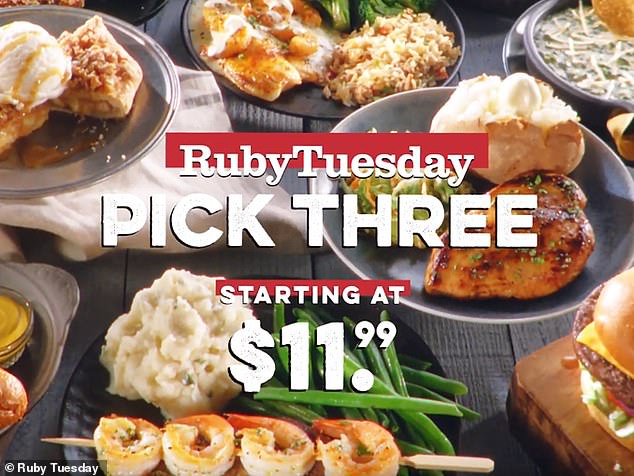 Wealthier As inflation continues to run rampantly across the United States, Americans have abandoned fine dining establishments in favour of chains that provide bigger portions and better prices.

According to Dine Brands CEO John Peyton, sales at Applebee’s and IHOP increased 6 to 8% for the three months ended June 30 among families making over $75,000 per year.

The two chain eateries are owned by the corporation.

According to Peyton, the increase “suggests to us that visitors who often eat at more costly restaurants are discovering Applebee’s and IHOP because of their well-known position,” according to CNN.

He said that the company’s generous serving sizes at reasonable rates have made the eateries a popular destination while Americans worry about an impending recession — a strategy other restaurants are using to get consumers back.

Peyton said that at the same time, Dine Brands witnessed a little decline in sales among families with annual incomes under $50,000, which accounted for around 39% of all American households in 2020.

He told investors, “We think they’ve left us for less expensive solutions.”

However, he said, he expects those customers to soon visit his eateries as gas costs begin to drop.

According to him, the previous 50 days have seen a decline in gas prices, which is good for the second half of the year and the reason for his cautious optimism.

“We do feel it will encourage some of those lower income diners to return to IHOP and Applebee’s more often than they have.” “We know that gas costs do correspond.”

He pointed out that the business has often performed well in recessions like the financial crisis of 2008.

Peyton has credited the company’s success to Applebee’s and IHOP’s pursuit of “value focused” business practises.

He asserted that this entails offering “great cuisine [and] substantial servings in a lovely atmosphere at an accessible and approachable price,” adding that “during times like these, when economics are difficult for our visitors, our brands have unique skill” in enhancing the experience.

According to CNN, Applebee’s now provides savings on meal add-ons rather than outright reductions on its cuisine, such as a dozen shrimp for only $1 when a client eats a steak.

After 10 o’clock, the business offers half-price appetisers, and earlier this year, as part of its Top Gun campaign, it gave out free movie tickets to patrons who spent at least $25.

Customers may get inexpensive goods at IHOP, however, during IHOPPY Hour, which begins at 3pm at participating locations and features entrees, snacks, and sides offered at a lower price.

Additionally, there are temporary specials like ones that let kids eat for free.

Peyton said in his financial report on Tuesday that as a consequence, Dine Brands’ revenue for the second quarter of 2022 exceeded forecasts.

According to MarketWatch, the company’s overall sales increased 1.8 percent to $237.8 million, above the forecast $236.4 million investors anticipated.

Its share price as of Wednesday morning was $74.25 at the time.

Due to the fact that Americans are in a financial crunch after inflation hit a four-decade high of 9.1% last month, the concept seems to be working at other eateries as well.

The Bureau of Labor Statistics reported this month that the price of meat and poultry is up 10.4% from a year ago, while the price of grains is up 15.1% and the price of fruits and vegetables is up 8.1 percent.

These price increases are due to continued supply-chain problems.

At the same time, food costs outside of the house climbed by 7.6 percent in the previous year, despite President Joe Biden’s assertions to the contrary.

This is in response to news that the rate of inflation somewhat decreased last month.

Restaurants around the nation are now attempting to concentrate on value.

Restaurants like Applebee’s and Olive Garden attempt to present themselves as “value” for families and family-friendly on their websites.

While serving a “choose three” lunch for only $12, Ruby Tuesdays is giving customers the opportunity to win $1 million in addition to a “VIP racing experience,” music festival vacations, and free food.

Now it seems that their efforts are paying off.

In fact, Longhorn Steakhouses witnessed a 10.6 percent rise in revenue at locations established for at least a year after increasing the portions of most of their steaks.

Tuesday’s earnings release was excellent news for Applebee’s, which had faced criticism earlier this year when an executive said in a leaked email that the firm could be able to pay staff less due to inflation and rising gas costs.

Wayne Pankratz, the executive director of operations for American Franchise Capital, which owns 50 Applebee’s franchises in the Midwest, allegedly informed managers of the restaurant chain that staff members and potential hires are experiencing financial hardship, which he saw as an “advantage” in an internal email that was posted on Reddit in March.

He said in the email that “everyone has heard that petrol prices continue to climb.”

The increase in application flow and probable decrease in average salary are both advantages this offers for us.

The majority of Applebee’s staff members “live paycheck to paycheck,” he said, and “any rise in petrol costs eats into their discretionary income.”

Additionally, Pankratz reportedly said that recipients of unemployment benefits would be obliged to look for jobs once government stimulus money runs out.

As prices increase, those who were reliant on unemployment benefits would have less money to spend, which is to our advantage.

It will compel individuals to return to the labour.

According to reports, Pankratz advised employers to “make sure you have a pulse on the morale of your people” and proposed reducing employee compensation.

He stated, “Many will need to work longer hours or seek a second job.”

Do everything you can to become the employer of choice. Complete your schedules early so that they may organise their work around yours.

However, while the rise in prices generally eased from the four-decade peak it hit in June, dropping gas prices last month afforded Americans a little reprieve from the misery of skyrocketing inflation.

The federal government said on Wednesday that consumer price growth decreased from June’s 9.1 percent year-over-year increase to 8.5 percent in July.

The lowest monthly increase in pricing in more than two years occurred from June to July.

However, prices are rising for a variety of products and services, making things worse for the majority of Americans.

Additionally, even while typical salaries are growing more quickly than they have in years, this pace is not keeping up with the inflation of prices for things like food, rent, cars, and healthcare.

Now, it is anticipated that inflation will continue to be much higher than the Federal Reserve’s 2 percent annual objective long beyond 2019 or possibly 2024.

Before considering stopping its rate rises, the Fed, according to chair Jerome Powell, wants to observe several consecutive readings of decreasing core inflation.

At its four most recent rate-setting sessions, the Fed increased its benchmark short-term rate, including a three-quarter point rise in both June and July, which was the largest increase since 1994.

»Rich Americans like bigger meals and bargains, so restaurants offer them«