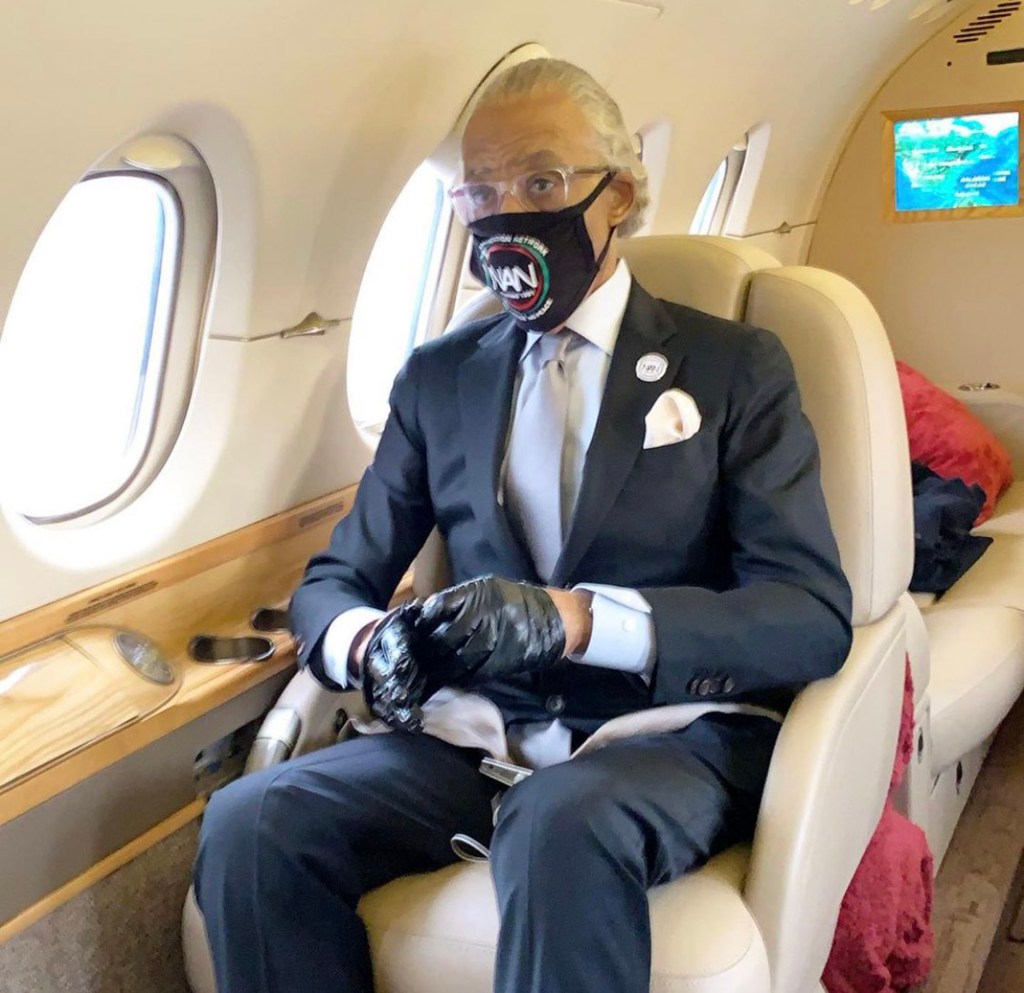 The foundation of Rev. Al Sharpton nearly increased his salary and spent close to $300,000 on private aircraft so that he and other prominent figures could attend “important gatherings.”

Additionally, NAN spent about $1 million on private aircraft and limousines.

It paid $291,833 to Apollo Planes, a broker of private plane rides ranging from Lear jets to 737s, which boasts on its website of famous clientele such as Derek Jeter and Shaquille O’Neal. NAN also spent $650,134 on the luxury automobile service Carey International.

The Reverend Al Sharpton was spotted flying aboard a private aircraft.
TheRevAl/Twitter

Sharpton, 68, and other NAN senior employees, as well as the relatives of victims, were able to travel on the private planes to events, funerals, and “important gatherings,” according to a NAN spokesperson.

“Part of that was me. A portion of that was the chairman. Sharpton told The Post that a portion of the funds came from victims’ relatives, stressing that the epidemic was still pushing commercial airlines to postpone flights.

He stated that every flight was compensated by a donor, but refused to identify the donors.

Sharpton was provided with roughly $1 million in private aircraft and limousines by the National Action Network.

In 2021, the group generated $7.3 million in income, down from $11.1 million the previous year, when the murder of George Floyd sparked widespread demonstrations. NAN stated that it gathered more funds in 2020 to support its March on Washington, which reportedly cost over $1 million, and to pay for burials.

Sharpton stated that the organization’s board authorized his bonus based on his fundraising efforts.

Sharpton’s nonprofit, which claims to be an outspoken social justice group and was created in 1991, continues to pay three of the reverend’s family. Dominique received $78,670 for membership efforts; Ashley received $59,950 for social media responsibilities and advice; and Nikki received $15,800 for special events.

According to its tax return, the nonprofit provided $155,460 in victim assistance and a $2,400 scholarship to an unidentified individual.

Sharpton sold the rights to his biography to NAN in 2017 for $531,000, with the group expecting to resell them for a profit.

NAN asserts that it has recouped its initial investment and produced a profit with productions like “Loudmouth,” a documentary about the fiery preacher and MSNBC commentator. However, its tax returns do not indicate any revenue from such sales.

Sharpton launched the Harlem-based charity in 1991, and it takes pride in being an activist social justice group.
GC Images

“The board has not agreed to release revenue streams for the sale of life rights,” said Rachel Noerdlinger, a spokesperson for the NAN.

The documentary, which premiered at film festivals last spring, will be released nationwide on December 9. But it will debut on December 6 at The Picture House in Bronxville, a predominantly white affluent Westchester County suburb.

The screening, according to Noerdlinger, took place “at a theater that regularly shows documentaries at this time of year.”

»Rev. Al Sharpton receives a large increase, and his organization spends $1 million on aircraft and limos«