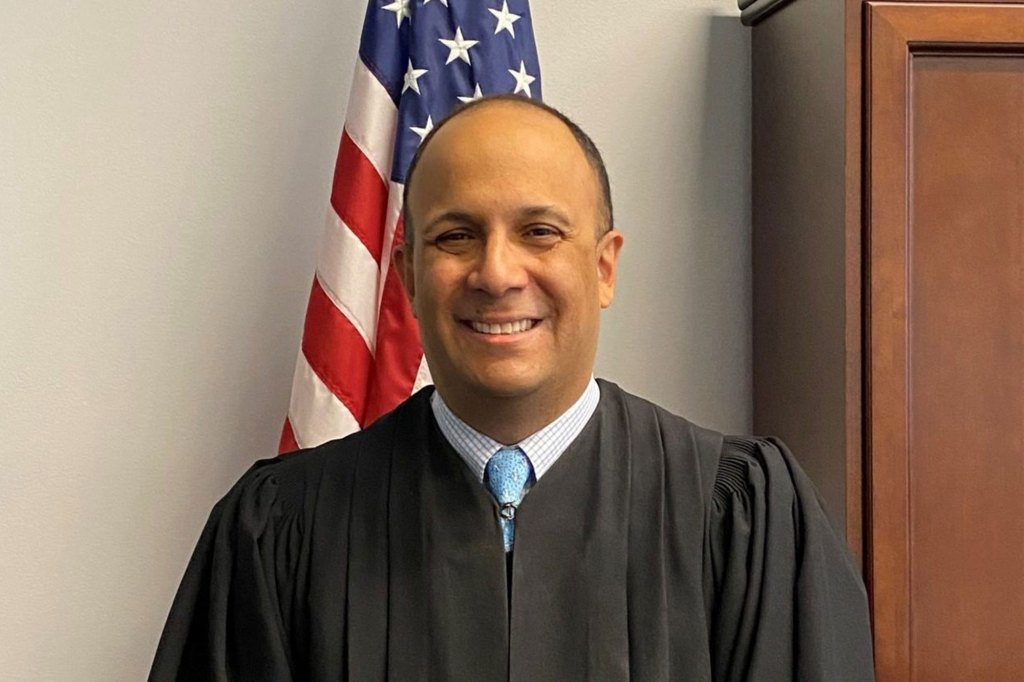 Nine retired judges asked New York’s Democratic-run state Senate to confirm Hector LaSalle as the state’s next top judge, after alleging he’s been the target of a smear campaign by “woke members of the legal academy” and knee-jerk lawmakers.

“In a campaign to derail the selection of Appellate Division, Second Department Presiding Justice Hector LaSalle as the next Chief Judge of the New York State Court of Appeals, a coalition of woke members of the legal academy have spewed false and misleading accounts concerning Justice LaSalle’s record as a judge,” the judges said in the letter, a copy of which was obtained by The Post.

“Some members of the Democratic majority in the State Senate that will vote on whether to confirm Justice LaSalle have unfortunately followed suit. The basic fact is that a fair and reasoned review of Justice LaSalle’s judicial record will indicate that he is devoted to the rule of law.”

The judges said that “Justice LaSalle meets that high bar and deserves to be confirmed as the next Chief Judge of the State of New York.”

The judges said detractors have improperly used a few memoranda decisions that LaSalle signed to unfairly taint his overall record and judicial ideology as a jurist.

“What they have come up with is faulty analysis and misstatements of what Justice LaSalle stands for based on an exceedingly small selection of the hundreds of memorandum decisions in which Justice LaSalle has joined,” the justices added.

Gov. Kathy Hochul has personally called on Democratic state senators to back Judge Hector LaSalle as her candidate to chair the state’s highest court.

Due to the volume of cases, the memorandum decisions are claimed to be concise, to the point, and limited to essential legal facts.

If each appeal required a comprehensive and painstakingly reasoned ruling, the entire appellate system would grind to a standstill, the judges warned.

“It is as unfair as it is uninformed to read into these memoranda rulings large philosophical perspectives on topics such as abortion rights and labor union rights. They just do not support conclusions regarding the philosophies of individual judges.”

They stated that LaSalle, the presiding officer of the Second Department of the Appellate Division, should be questioned about his signed opinions and basic judicial philosophy during his Senate confirmation hearing, which is expected to take place the following week.

Mark-Viverito stated on WNYC’s The Brian Lehrer Show, “I will not remain silent while a historic nomination of a highly qualified individual is thrown under the bus in order to make a political point.”

She emphasized that opponents misunderstood a decision signed by LaSalle in 2017 that centered on free expression and privacy, not abortion.

“This is not considered an anti-reproductive health situation. It is viewed as a First Amendment case,” she stated in response to LaSalle’s detractors who assert that his ruling about a so-called pregnancy crisis center proves he opposes abortion.

Mark-Viverito denied that the statement was factual.

Hoylman, who will preside over LaSalle’s confirmation hearing, told The Post on Tuesday evening, “Everyone has the right to an opinion, especially former judges.”

He pledged a fair hearing for Hochul’s nomination, but took issue with the retired judges’ dismissal of the memorandum decisions affecting LaSalle, referring to these verdicts as “life-altering litigation.”

Stewart Cousins stated in a Gotham Gazette podcast interview last week that after meeting with the court, Hochul’s LaSalle’s nomination was in jeopardy.

The majority leader of the Senate stated, “We need to change the trajectory of the court in New York State.” People agreed a long time ago that they would support a candidate who would not maintain the status quo.

“I do not believe this will conclude in the manner desired by the governor.”

Left-wing critics have complained that LaSalle is a former prosecutor. However, proponents asserted that US Supreme Court Justice Sonia Sotomayor agreed.