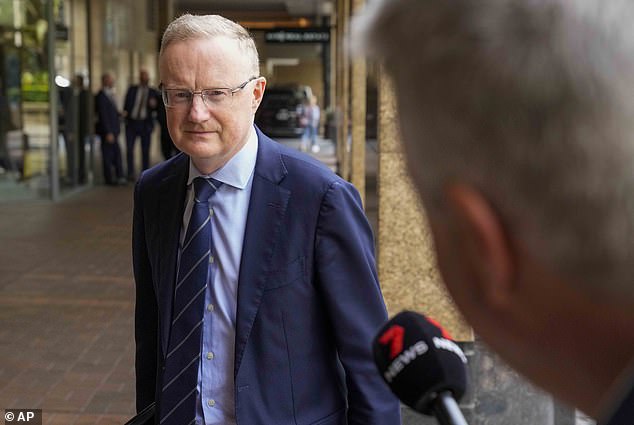 The Reserve Bank of Australia has acknowledged another miscalculation after incorrectly predicting that interest rates would remain unchanged until 2024.

The cash rate soared to a fresh nine-year high of 2.85% this week, marking the seventh consecutive monthly increase in mortgage rates since that projection.

In a fresh statement on monetary policy delivered on Friday, the Reserve Bank confessed that it had made inaccurate inflation projections.

As it is difficult for forecasting frameworks to capture the signal from unusual events, the bank’s inflation models underestimated inflation over the past year, as did the majority of forecasting models.

The projections have progressively incorporated upward modifications based on consultations, polls, and foreign experience to overcome this issue.

But last week, the RBA upped its estimates for inflation to reach a fresh 32-year high of 8% by the end of 2022, an increase from the previous forecast of 7.75%.

After Russia’s invasion of Ukraine earlier this year led to sanctions that pushed up crude oil prices, the inflation rate for the year ending in September soared to 7.3%, the highest rate since 1990.

The Reserve Bank now anticipates that headline inflation, generally known as the consumer price index, would remain above its 2-3% objective through 2024.

It was stated that higher energy and gas prices will likely slow inflation’s return to the target range.

Bill Evans, chief economist at Westpac, stated that the RBA’s most recent projections indicate that the central bank now anticipates inflation to remain above target until 2025.

He stated, “It makes plain that it anticipates inflation to remain outside of the two to three percent goal range for three years.”

It is extremely uncommon for the RBA’s “out year” inflation estimate to exceed its goal range; the only prior occurrences were when large tax measures were expected to enhance the CPI, including the carbon tax in 2011 and the Goods and Services Tax in 2000.

Governor Philip Lowe repeatedly assured borrowers last year that interest rates would remain at a record-low of 0.1% until ‘at the earliest’ 2024.

This week, the head of the central bank labeled inflation as a “scourge,” and ANZ and Westpac now forecast the RBA cash rate to reach an 11-year high of 3.85% by May 2023.

The Reserve Bank’s 0.25 percent was low in comparison to the United States and the United Kingdom.

Wednesday night, the US Federal Reserve hiked the federal funds rate by 0.75 percentage points to a 14-year high of 3.75 to 4%, with American inflation at an almost four-decade high of 8.2%.

In an economy where inflation reached a 40-year high of 10.1% in September, the Bank of England increased its cash rate by 75 basis points to 3% on Thursday night and warned of a “deeper and prolonged recession.”

What the major banks now expect