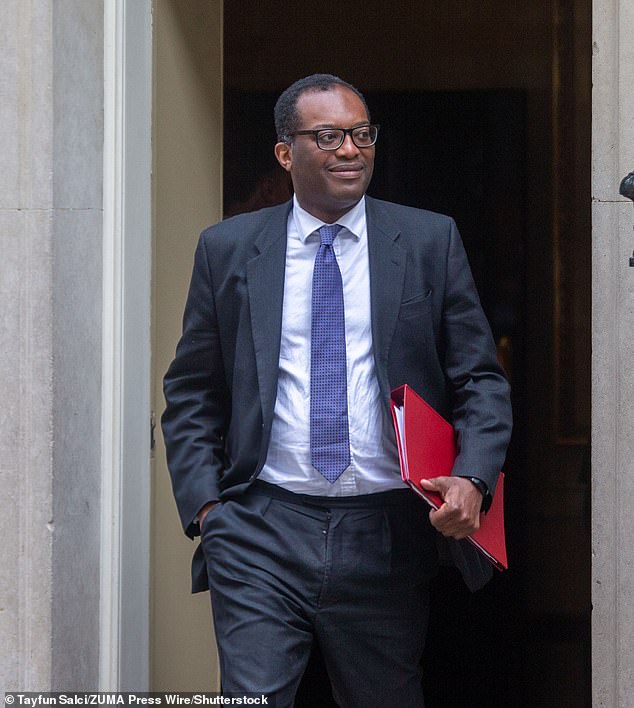 A reputable think group predicts that Kwasi Kwarteng’s mini-budget will have a far less impact on the nation’s deficit than his detractors have suggested.

Financial markets are in a state of upheaval due to a negative response to the Chancellor’s ambitious £45 billion proposal to slash taxes and accelerate economic development.

However, a study by the Centre for Economics and Business Research (CEBR) indicates that the actual cost could only be £25 billion, or around half of what the government had anticipated.

The “tourist shopping tax,” or the 45 percent tax bracket for the top earnings, should be reinstated, along with the repeal of the proposed corporate tax increase, according to a think tank. These changes would also boost revenues more than expected by promoting economic development.

After the Chancellor reduced the higher rate of tax, rich incomes in Scotland, where the highest income tax rate would stay at 46%, may be persuaded to relocate south of the border, it said.

When compared to Treasury projections of a £2 billion loss, the policy may be “at least self-financing” due to the quantity of highly compensated workers drawn to England from other nations.

The Office for Budget Responsibility (OBR) was not consulted before Mr. Kwarteng presented his statistics, which alarmed investors and wrecked havoc on the currency and bond markets.

This past weekend, Standard & Poor’s downgraded the UK Government’s debt from “stable” to “negative,” claiming that Mr. Kwarteng’s underfunded plan will lead to further debt growth.

The CEBR said that the presentation by the chancellor “played poorly” in financial markets and surveys, but its calculations reveal that the package “seems considerably closer to fiscal discipline than the markets anticipate.”

It would seem that the chancellor has managed to destroy his image for fiscal restraint for no good reason at all, said Douglas McWilliams, vice chairman of the CEBR. Before releasing his budget to the marketplace, he would have been far better off doing his calculations.

According to him, public borrowing might drop to £64 billion next year, which is £90 billion less than the CEBR had previously projected, as a result of lowering energy costs and a cap on personal tax allowances.

The Treasury will get the OBR predictions on Friday, but they won’t be made public until the following month.

The pound, which had fallen to an all-time low, has subsequently risen to the level it was at when Mr. Kwarteng revealed his extreme ideas 10 days earlier.

However, in order to stabilize the markets, the Bank of England was compelled to start a £65 billion emergency bond-buying operation last week.