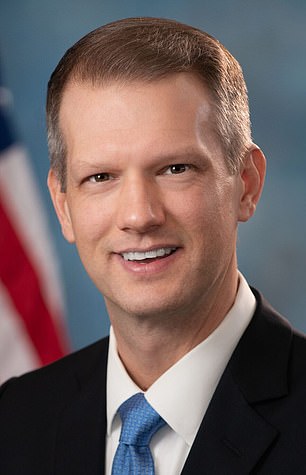 Conservative state treasurers will wage war on ‘woke’ Wall Street investing firms, which they claim are squandering American pensions by focusing on climate change instead of return rates.

During a meeting of Republican state financial officers in Washington, D.C., Republican treasurers outlined the plan for their new front against companies that include environmental, social, and governance (ESG) factors into investment decisions for public funds such as pensions.

More than twenty financial officers gathered to speak out against the practice and boasted of the $3.5 billion they have already taken away from corporations such as Black Rock in the past six weeks.

BlackRock and other big fund managers have incorporated ESG investments as a public demonstration of their commitment to sustainability, which GOP finance officers claim shuns U.S. energy but embraces CCP-affiliated enterprises.

John Murante, the state treasurer of Nebraska, remarked, “While they are attempting to bankrupt the coal sector, they are financing coal facilities in China.” “It is treasonous action in my opinion.” If 1940 American firms had behaved like BlackRock does today, we would all be speaking German.

BlackRock, the largest asset manager in the world, manages around $10 trillion and is responsible for the retirement plan assets of approximately 35 million Americans, many of whom have likely given little thought to the company’s actions.

I believe that is completely un-American. Do you have no loyalty to your own people? Just a smidgen of patriotism for the country’s working class, which happens to be its driving force? You’re fine with working in China, where there is a genocide against the Uighur population and slave labor?

BlackRock is also an investment in Hikvision and iFlytek, two companies blacklisted by the United States government for human rights violations against Uyghurs in Xinjiang.

Larry Finke, the chief executive officer of BlackRock, has long been recognized to have strong ties to China; BlackRock was the first significant American investment bank to receive a license to service Chinese clients without a local partner. Some believe China utilizes these links to persuade U.S. businesses to be lenient with the CCP.

Murante told DailyMail.com that while BlackRock has committed to the ‘nearly unattainable’ objective of transitioning the U.S. economy away from coal, oil, and natural gas, they also finance new coal-fired plants in China.

China has more coal plants under construction than the United States does.

Every week, they construct a new coal plant to cut the cost of energy in their country.

This is being funded by American firms who are using American pensions to pay for it while bankrupting American energy in the United States. When the American public learns of this, they are horrified.

Moore has led the drive away from these investment corporations, saying lately that West Virginia will no longer do business with companies who do not support the coal industry.

The statement was the first time a state has taken action to terminate financial ties with big Wall Street businesses due to their efforts to combat climate change. According to Moore, he is merely fulfilling his responsibility by managing the state’s money.

We generated almost $800 million in revenue from coal, gas, and oil severance taxes in the last fiscal year. It would be a conflict of interest for me to give that money to a financial institution that is simultaneously attempting to deplete those funds through ESG rules, Moore stated.

“I will not give them money derived from coal when they are attempting to eliminate coal. There is an obvious conflict of interest, and I have a fiduciary duty.’

Finke, CEO of BlackRock, asserts that investing in preparation for a zero-emissions economy is the wisest investment decision.

In his annual letter to shareholders, he stated, “We prioritize sustainability not because we are environmentalists, but because we are capitalists and fiduciaries to our clients.”

But at the same time that more than a dozen states led by Republicans have passed or introduced legislation to ban ESG-friendly money managers or ESG considerations in general, blue states are equally committed to implementing legislation that encourages the consideration of environmental factors in pension investments and restricts public funds from investing in gun manufacturers or polluters.

In the meantime, the U.S. Labor Department is on track to issue a rule that would loosen restrictions on green private sector retirement investing. This would overturn a rule from the Trump administration that restricted investment strategies to financial interests. The Employee Retirement Income Security Act of 1974 defines a stringent fiduciary duty that nearly all pension plan professionals have adhered to for decades.

Some critics of Moore’s efforts assert that they violate conservative free market principles.

Moore retorted, ‘What we are doing is acting as free market participants and stating our preferences in the marketplace: we want to do business with financial institutions that are not boycotting the fossil fuel industry or attempting to harm it, because doing so harms us, our tax dollars, and our economy.’

If you are entrusted with the tax dollars of the people of Nebraska as an asset manager, you must make decisions that are in their best interest. You must be politically neutral. Our pension funds do not exist for political purposes. Murante added that there is no free market implication here.

Allison Ball, the state treasurer of Kentucky, told reporters that she is responsible for ensuring that the state’s public pensions are invested in a manner that yields the highest rate of return, regardless of climate considerations.

“What you’re looking for are reliable returns,” I simply don’t see that with this kind of endeavor. It is an agenda, an ideology, and not about investment returns at all,’ she told DailyMail.com.

At the time of writing, the S&P 500 ESG index is down approximately 13% for the year, and the S&P 500 energy index is up almost 64%. Prior to the past year of energy volatility, ESG funds had fared substantially better than conventional funds; yet, their five-year average performance was comparable.

On Monday, Governor Gavin Newsom responded to Republican attacks against ESG in an opinion piece for Fortune.

The Democratic governor stated, “It is an investment strategy that prioritizes sustainability, invests in future technology, and accounts for the risks connected with climate change — wildfires, floods, hurricanes, and droughts.”

However, a number of ESG ratings firms are responsible for determining the good and the bad, and some Republican state financial officers have stated that without sufficient evaluation, the technique can be equated to a’marketing ploy.’

Their worries mirror those of Tesla CEO Elon Musk, who tweeted in May, “ESG is a swindle.”

After his electric vehicle company was removed from the S&P 500’s ESG Index in May, he stated, “It has been weaponized by fake social justice warriors.”