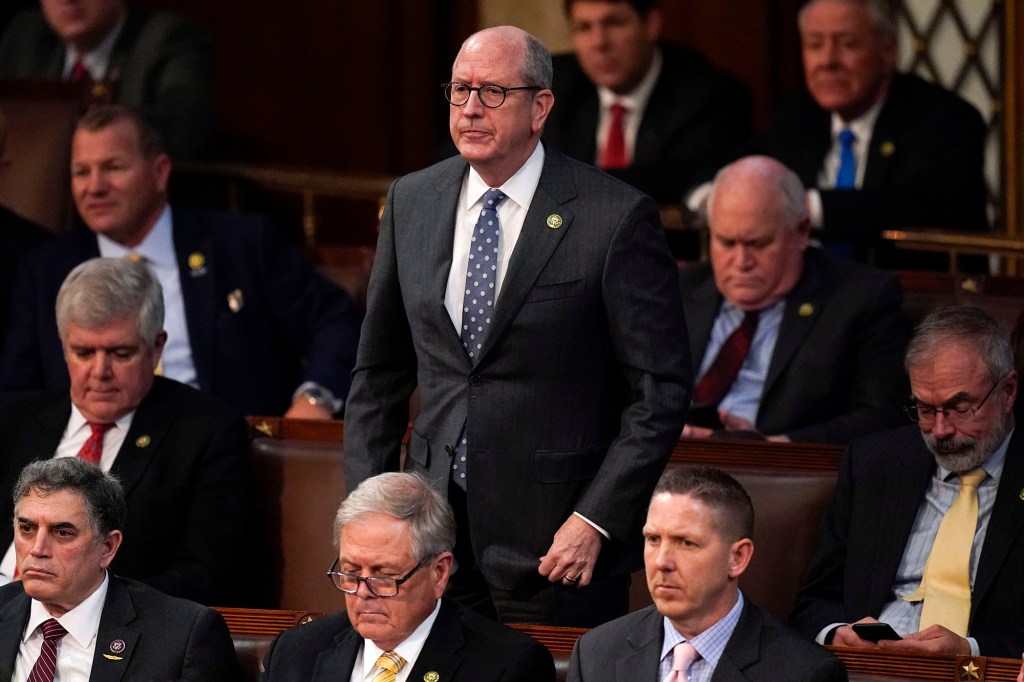 One of the Republican holdouts who has voted six times against electing Rep.-elect Kevin McCarthy as House speaker says he would rather retire from Congress than watch his right-wing supporters negotiate a compromise to give McCarthy the gavel.

In a piece published on Thursday, Dan Bishop, the 58-year-old representative-elect of North Carolina, issued the warning against Roll Call.

“Either we’re going to see improvement up here in the same manner we did in North Carolina in the state legislature, or I’m gone,” Bishop told the publication.

Under McCarthy’s leadership, the legislator claimed, existential dangers to the country had “grown worse, not better,” and he was willing to retire since he is “older than the typical bear” and “won’t be up here [in DC] for decades.”

Representative Dan Bishop of North Carolina stated that he would sooner resign from Congress than see Kevin McCarthy elected speaker.

McCarthy had lost six consecutive votes, as members of the far-right Freedom Caucus voted for other candidates in an effort to obtain concessions.

Bishop has served the district outside of Raleigh since 2019 after serving four years in the North Carolina legislature, where he was recognized for authoring the state’s contentious 2016 law prohibiting transgender persons from using public restrooms that correspond to their gender identity.

After Democratic Rep-elect Hakeem Jeffries became the first person of color to be nominated for House speaker, the votes for the 44-year-old Donalds were cast. Jeffries had outperformed McCarthy in each of the six elections, despite the GOP’s narrow majority, thanks to the Republican revolt.

Other members of the ultra-conservative caucus, who seek concessions and nominations that diminish the speakership’s authority, suggested that their positions were more malleable.

“I have trust difficulties with the leader, as do many others. But I wouldn’t say that nothing is possible,” House Freedom Caucus Chairman Scott Perry of Pennsylvania told the publication after voting began on Wednesday.

Last month, Bishop and six other caucus members signed a letter stating that they wanted additional authority to “promote the conservative agenda,” limit spending, and ensure that they were represented on the important House Rules Committee.

McCarthy apparently conceded to some of the group’s requests on the third day of voting, promising that the Congressional Leadership Fund super PAC, with which he is affiliated, would not support any primary candidates for open seats in safe Republican districts.

McCarthy had also indicated he would permit a single House member to trigger a vote that might unseat the speaker, a break from his previous “motion to vacate” arrangement, which would have needed five representatives to agree to initiate such a procedure.