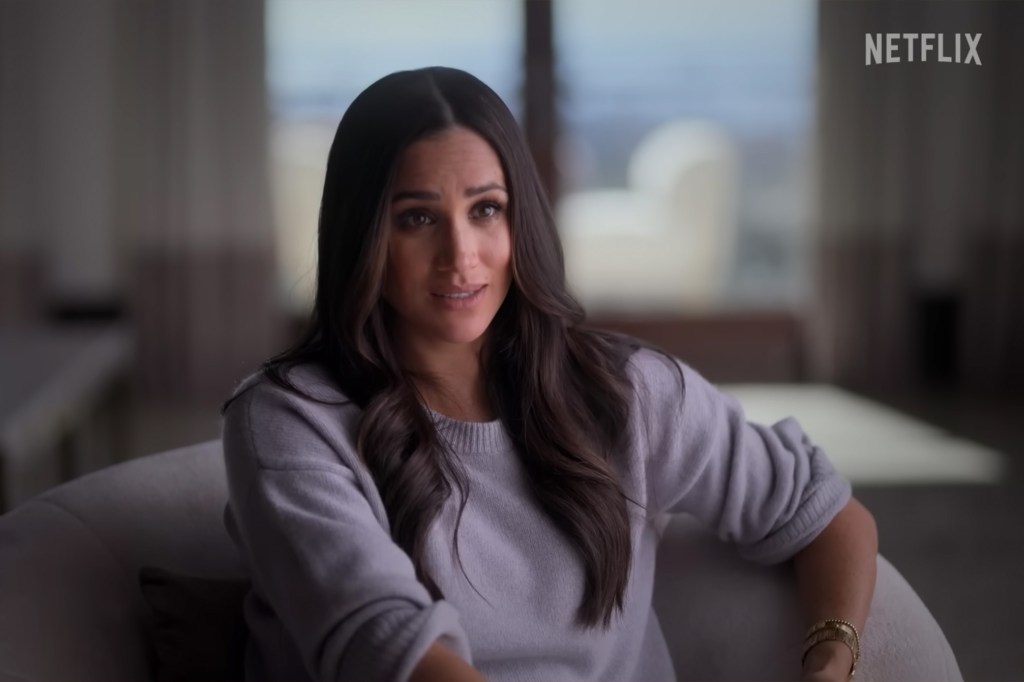 According to sources, Prince Harry and Meghan Markle’s highly awaited Netflix series, which will premiere on Thursday, will be severely critical of the Royal Family and even the British people.

A senior insider disclosed to The Sun on Saturday that the Duke of Sussex warned a friend that the couple’s explosive interview with Oprah Winfrey would be “very startling” and that “those Brits need to learn a lesson” before to the interview.

In the interview, Harry and Markle accused the Royal family of racism and alleged they overlooked Markle’s despair during her pregnancy, which brought her to the edge of death.

Just days before the release of “Harry & Meghan,” which sources predict will be as explosive as the Oprah interview, the Prince’s incendiary words were revealed.

According to Page Six’s sources, the pair will allege that they were intimidated by palace authorities.

“According to the story, Harry had to be separated from his family because he felt mistreated. Mental health is also discussed, as is Harry’s therapy for the death of his mother and his father’s relationship with Camilla, according to a senior source who spoke to The Sun.

The Sun stated that Markle is anticipated to raise additional claims of racism against the royal family in the series.

In the series, Markle is anticipated to make additional charges of racism.
Netflix

“Some of Harry and Meghan’s remarks are scorching,” stated the person. “If broadcast, they will be quite explosive. There is discussion of racism, as well as reports that certain royals opposed the marriage. The whole television production is led by Meghan.”

The teaser for the documentary series was published on Thursday, during the Prince and Princess of Wales’ tour to the United States.

Many people criticized the one-minute trailer, which features shots of Markle crying, as a “victimhood fest.”

According to Netflix, the documentary series has “commentary from relatives and friends, the majority of whom have never spoken publicly about what they observed.”

Harry and Markle have been estranged from the family since Harry’s resignation from royal responsibilities and Markle’s Oprah appearance. Prince William has apparently had little contact with his brother afterwards, and King Charles allegedly refused to accept Harry’s phone calls for an entire year.

Charles and William attempted reconciliation with Harry, but were taken by surprise when he exposed their efforts in another interview with Markle’s acquaintance, CBS’s Gayle King.

In an interview with “Extra,” Markle stated, “Big families always have drama, always experience strife.” “It remains to be seen whether or not they will be brought closer together or farther away.”

»Report: Harry and Meghan’s Netflix series will be scathing of royals and Brits«