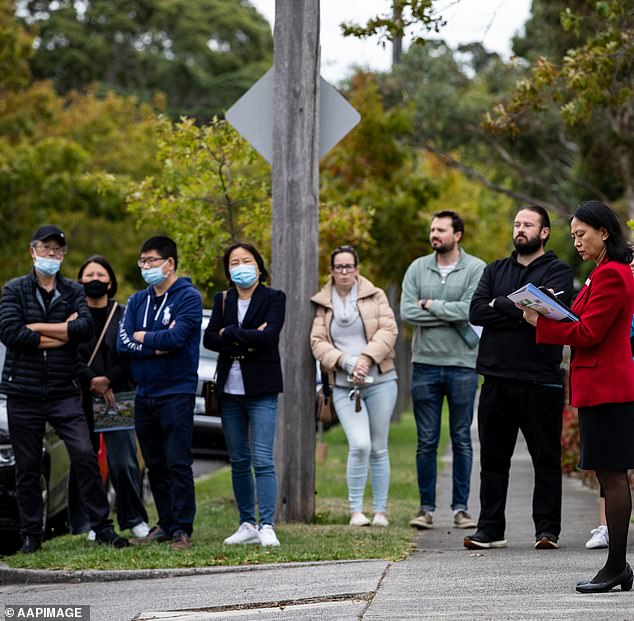 Landlords are going to pass the interest rate rise to tenants by increasing their rent, a financial expert told Daily Mail Australia.

SQM Research managing director Louis Christopher said ‘it doesn’t matter how nice the landlord is, or has been in the past’, homeowners still paying off their property will need to recuperate the extra costs from somewhere when mortgages rise.

That’s because the Reserve Bank of Australia hiked the cash rate for the first in 11 years on Tuesday to 0.35 per cent in response to last week’s shock inflation data which saw the cost of living shoot up 5.1 per cent.

What is likely to happen given how tight the rental market is right now is that landlords will probably pass on the rate rise,’ Mr Christopher said.

But he added it’s illegal for any increase to occur before the end of a renters lease period.

‘If a tenant is on a 12-month lease, the landlord can’t just suddenly turn around and say “the lease is over now, we’re going to jack up the rent.”

The expert said if the rental market wasn’t so tight – with just a 1 per cent vacancy rate nationwide – landlords might not find it so easy to pass on rate rises.

‘But of course, we’ve got a very tight rental market now. I think this rise will be passed on, more often than not.’

Economists are predicting there will be rate rises every month between now and Christmas as the RBA tries to reel in spiraling inflation.

Adding the woes of renters is the increasing return of international students in the wake of the Covid pandemic.

‘Rents have been tight since last year … We’ve officially got a rental crisis on our hands,’ Mr Christopher said.

‘(But) there is evidence that students who have come into the country have made conditions tighter in CBD locations.

‘Since (the students came back) rental vacancies in inner city locations have tightened to well below average.’