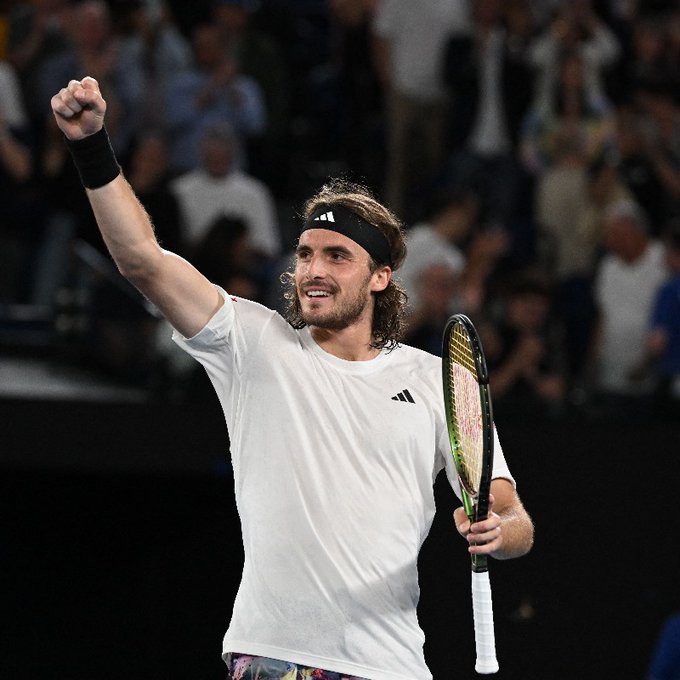 The fourth-ranked player in the world will compete in the men’s singles Australian Open semifinals for the fourth consecutive year.

Tsitsipas stated after the match that competing against the promising youngster Lehecka was one of the most challenging challenges he had faced thus far in the competition.

“It was one of the most difficult three-setters I’ve played so far in the tournament,” Tsitsipas told ausopen.com.

If he wins the tournament, the 24-year-old would donate a large chunk of the prize money to charity and establish a school in Victoria, which is an education state.

“I saw how difficult it is for many children around the world to attend school and receive a proper education, as not all children grow up with advantages,” he remarked.

Therefore, I would like to give children in this state the opportunity to build a school and receive a free education, among other things.

To boost his chances of making his ambition a reality, he must first defeat Karen Khachanov on Friday and maybe Novak Djokovic, who is scheduled to play Andrey Rublev in the quarterfinals on Wednesday morning.