A 36-year-old East Rand woman who was arrested for killing her nephew has confessed to assaulting him with a stick because he allegedly admitted to stealing money from her.

Andile Aalivirah Mthembu  made a brief appearance in the Tsakane magistrate’s court on Monday on charges of murder, defeating the ends of justice and perjury.

“It is alleged that on March 22 2022, Mthembu killed her 16-year-old nephew by assaulting him with a stick and forced her 14-year-old son to hold the deceased down while being assaulted to death.

“In court, Mthembu confessed in front of magistrate Nico Venter in his chambers that she indeed committed the alleged offence because the nephew had admitted to stealing money from him.

“Mthembu was arrested on April 1 after her son sent pictures of the incident to his relatives in KwaZulu-Natal. The relatives then called the police and Mthembu pointed out where she had buried the body of the deceased,” said Mahanjana. 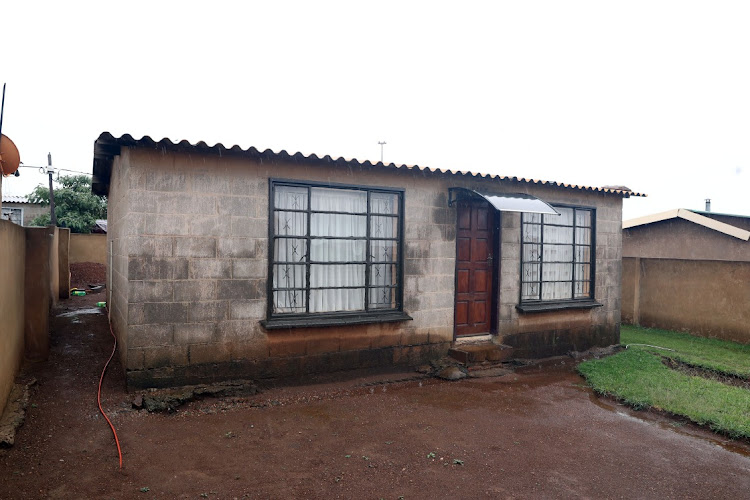 The boy had been missing for over a week when his body was found buried in the backyard of this house in Tsakane.
Image: Veli Nhlapo

Dressed in a black beanie, a grey sweater and pants, Mthembu was slowly swirling around as she took the stand while she had her hands in her pockets.

Mthembu is also accused of hiring her neighbours to dig a hole in her backyard under the pretence that she wanted to install a water tank.

Neo, who lived in Daveyton, also on the East Rand, had visited Mthembu last month and she reported him missing on March 24.

The K-9 police made the gruesome discovery of Neo’s body on Thursday night after they received a tip-off that he had been buried at his aunt’s backyard.

Mthembu opted to use legal aid lawyers for her case. The case has been postpones to April 12 for further investigation and to be transferred to a regional court.

As Mthembu was being escorted to the holding cells, relatives stood up in disgust and rushed out of the courtroom.

Senzo said he is saddened by Neo’s killing. ”I am sad. I cannot even say much. I hope she [Mthembu] does not get bail. Neo went to visit his aunt three days before schools closed on March 14. He packed his clothes and went there.”

Ndlovu said: “We are still in shock. We are flabbergasted.”

Thina said: “We are happy that she did not get bail. Sometimes we give too much trust in our families forgetting that they can betray us. We knew her [Mthembu] and we trusted her because sometimes she looked after him when he was still young.”

When Sowetan visited the house yesterday, the gates were locked and no one could be seen in the yard.

There was a strong stench coming from the grave. A spade along with black boots were lying next to the shallow grave.