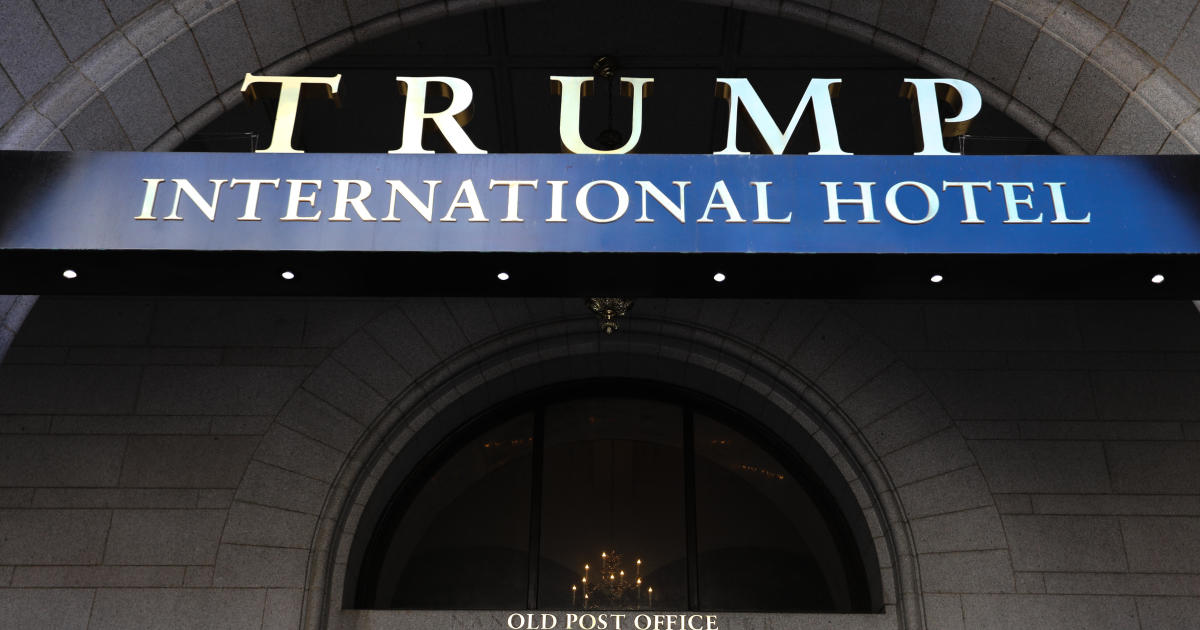 Six foreign governments, including China and Saudi Arabia, spent at least $750,000 at former President Donald Trump’s hotel in Washington, D.C., while he was in office, according to records obtained by House Democrats, renewing scrutiny over whether he benefited from foreign governments during his single term in office.

In 2019, the House Oversight and Reform Committee issued a subpoena for the documents from Trump’s longstanding accounting firm, Mazars USA. The documents, which include hotel ledgers and receipts, “sharply call into question the extent to which President Trump was guided by his personal financial interests while in office rather than the best interests of the American people,” said Carolyn Maloney, the New York Democrat who chairs the committee.

Maloney wrote in a letter to the acting archivist of the United States that the records obtained by the committee indicate that the governments of Malaysia, Saudi Arabia, Qatar, the United Arab Emirates, Turkey, and China spent large sums of money at the Trump International Hotel in Washington during the same time periods they sought to influence U.S. foreign policy.

The Trump Organization, the commercial organization bearing Mr. Trump’s name, owned the hotel at the time. Trump transferred ownership of the Trump Organization to his two adult sons after he was elected president in November 2016, but he did not divest himself of his financial interests.

According to the letter, when Trump met with Malaysian Prime Minister Najib Razak at the White House in September 2017, Razak and his group spent at least $259,724 over an eight-day stay at Trump’s property, including $10,000 per night to stay in the hotel’s presidential suite.

On October 18, 2021, a view of the Trump International Hotel in Washington, D.C. Yasin Ozturk/Anadolu Agency sourced from Getty Images

In addition to accommodation expenses, the hotel billed the group $9,229 for “coffee breaks” and Razak $1,500 for a “personal trainer,” according to a receipt that Mazars provided to the committee and was included in Maloney’s letter.

At the time of the discussion at the White House, the Justice Department was investigating Razak and members of his family for allegedly diverting millions of dollars from the Malaysian sovereign wealth fund 1Malaysia Development Berhad and laundering the funds via U.S. financial institutions. In 2020, after Razak had left office, Malaysian authorities ultimately convicted him of corruption and sentenced him to 12 years in prison.

As Saudi Arabia and the United Arab Emirates (UAE) broke diplomatic ties with Qatar and implemented a land, sea, and air blockade, documents obtained by House Democrats revealed that Saudi and UAE government officials spent at least $164,929 at the Trump Hotel between late 2017 and mid-2018.

According to a hotel guest ledger provided by Mazars to the committee, the UAE Embassy spent $33,512 at the hotel for 55 rooms at an average rate of $750 per night in November 2017. Numerous months later, in March 2018, the Saudi Ministry of Defense spent $85,961 over the course of seven days, including “renting several $10,500 suites, the most expensive accommodations at the Trump Hotel,” according to Maloney.

Democrats argue that the stays of the Saudi and Emirati delegations coincided with Trump’s removal of his first secretary of state, Rex Tillerson, whom the nations had been pressuring him to dismiss.

In the three months preceding a meeting between Trump and the emir of Qatar, Sheikh Tamim bin Hamad Al Thani, at the White House in early April 2018, data obtained by the Oversight panel indicate the Qatari government and associated businesses spent more than $307,000 at the Trump Hotel.

According to a hotel guest ledger obtained by the Democrats, the royal family of Qatar spent a minimum of $282,037 on an extended stay at the hotel.

Brian Ballard, a Republican lobbyist whose company was engaged by Turkey, spent $21,209 on 37 nights at Trump’s hotel from September 2017 to April 2018, according to information provided by Mazars to the House committee. According to the panel, April 2018 deposit ledgers also reflect charges of $65,139 for a “American Turkish Council Call In.”

A delegation from the Chinese Embassy spent $19,391 at Trump’s hotel in late August 2017, months before Trump visited to China and met with Chinese President Xi Jinping, according to the documents.

Eric Trump, executive vice president of the Trump Organization and son of the former president, issued a statement in response to the committee’s findings that the company went to “extraordinary lengths to avoid even the appearance of a conflict of interest” out of respect for the office of the presidency.

“We walked away from billions of dollars in new arrangements, halted all overseas expansion, hired an outside ethics expert to assess any material transactions, and annually gave all earnings from foreign government patronage at our facilities to the United States Treasury,” he stated. “In addition, my father is the first president in history to return his annual salary to the U.S. government. No president has ever made a larger financial sacrifice for the nation’s good.”

Before purchasing a home in Washington in 2018, lobbyist Ballard stayed in a variety of hotels, including the Trump Hotel, and paid “fair market prices,” according to a statement he released.

He stated, “There is nothing remarkable, exceptional, or notable about that fact.”

Democrats assert that other papers they got indicate that the hotel may have pursued business from China and Russia around this period, despite the Trump Organization’s assertion that it would not engage in international deals during Trump’s administration. In June 2017, for instance, the director of marketing at the Trump Hotel requested reimbursement for a business expense related to a “Hotel in China,” according to Mazars’ data. According to the documents, the same hotel director charged $5,000 for a trip hosted by the “Russian Service Bureau” in October 2017.

Maloney requested materials from the National Archives and Records Administration pertaining to the Trump Hotel or stays at other Trump-owned properties, as well as conversations and documents pertaining to foreign governments’ visits at the Hotel in light of the new revelations.

Maloney said in a letter to the interim archivist, Debra Steidel Wall, that the president of the United States, who acts as the nation’s chief executive and wields great power domestically and overseas, must serve the public good and not his own personal financial interests.

The New York Democrat stated that the published records are the “first batch” and raise questions regarding whether or not Trump altered U.S. foreign policy to promote his business interests.

The Trump Organization listed its hotel in Washington, D.C., for sale in October 2019, and the firm announced in May that a $375 million deal had been finalized.