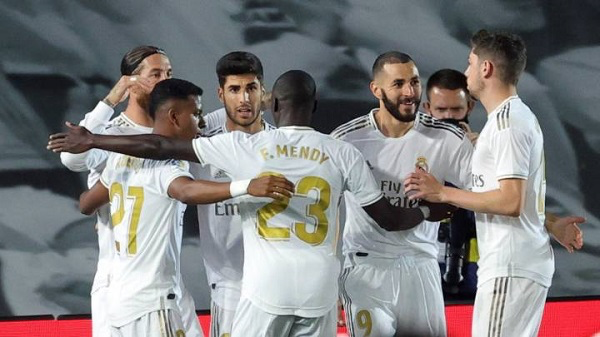 After a 4-0 win over Espanyol, Spanish giants Real Madrid secured their 35th La Liga title on Saturday.
A brace by Rodrygo and a goal apiece from Marco Asensio and Karim Benzema ensured they wrapped things up with four games to spare.

Though they needed only a draw to win the title, it took 33 minutes for Rodrygo to open the scoring.

The Brazilian added a second 10 minutes later with a fine finish in a dominant display at the Bernabéu.
Asensio’s strike allowed Carlo Ancelotti to rest players as they prepare for their Champions League semi-final second leg against Manchester City on Wednesday before Benzema finished things off to leave Madrid uncatchable at the top.

Madrid’s triumph capped a remarkable milestone for Ancelotti as the Italian became the first manager to capture titles in each of Europe’s top five leagues – England, Spain, Germany, Italy and France.