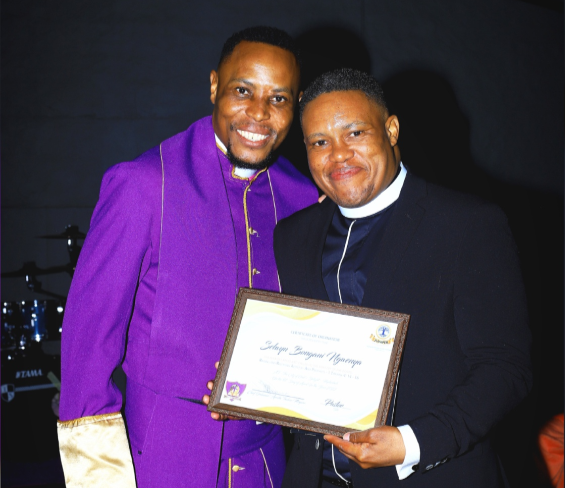 Award-winning rapper Mr Selwyn was officially ordained as a pastor at Hephzibah: The City of God’s Delight in Randburg during the Easter weekend.

He believes that the transition will spark a movement in the SA music landscape, especially in helping those artists battling their demons to find a peaceful path in life.

Born Selwyn Ngwenya, he is renowned for being one of the key players in pioneering SA hip-hop through his songs Shake, Kasi Rap and Get Em UP.

Having mentored hip-hop greats such as Touchline and Amo, Mr Selwyn hangs on to the hope that now that he’s a pastor, more musicians will see the importance of having spiritual direction in their lives and careers. “I’m an extension of a rapper but in the religious sense. The only difference is that I’m centring it on the creator. I believe you find great power when you have a relationship with the creator,” he told Sowetan.

“Being a rapper is in my DNA but now that I am a pastor, I intend to channel my gift in a more beneficial way for my peers in the music industry and people in communities.”

Mr Selwyn added that he has always been interested in a purpose-driven life and discovering what it is that he is meant to do on this earth.

The 49-year-old said the turning point in his life was when he heard a sermon on “if you need to find who you are, you need to find God first”. From those words, he realised there was more to success than what the world had shaped it up to be.“When I found Dr Thabiso Mogano [a pastor], we instantly had chemistry… it was like finding a wife, you just know that this is it. I felt as if I knew him without knowing who he was… there was just something about him,” Mr Selwyn said.

“When he opened his mouth at the first church service I went to, I felt as if he was talking about my life, he spoke my language. I guess that’s what sparked my interest in the ministry. While I kept going back to church, I learnt more about myself, I felt free and liberated within. I found out more about who I was as a person but little did I know I was growing a keen interest in the priesthood.”

Now that he is a pastor, Mr Selwyn is not planning to hang up his microphone as a rapper but infuse his ministry and motivational messages into his music. He also hopes to minister to musicians and people who battle demons in their lives.

“Preaching is having the words of courage that will help people through their darkest times. I am still of service to the people but with this particular position I am in, I am tasked with conveying the messages of knowing who you are, finding a relationship with yourself and where your power lies,” Mr Selwyn said.

“I would also like to help people to have a prayerful lifestyle… Now that I am a pastor, I’ll be able to host seminars and talks. I’ll be able to amalgamate on conversations about mental health, leadership and leading a life of direction and alignment. Maybe with this move into ministry, I will also start another movement for artists. I guess time will tell.”