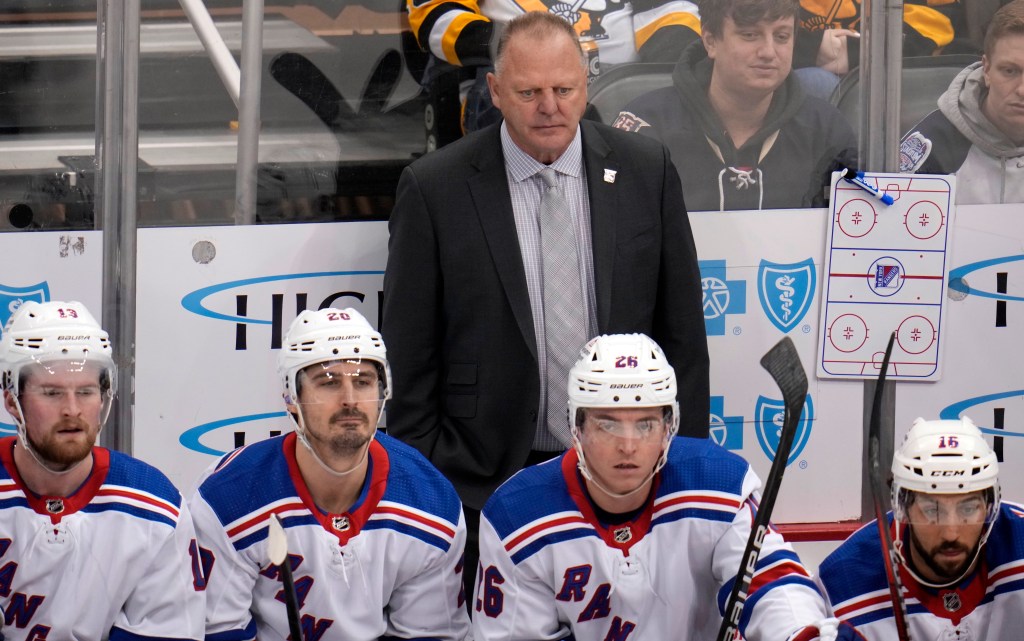 In a matter of 48 hours, the Rangers will play both the NHL’s hottest team, the Hurricanes, and a team that has recently battled to pull together points.

The Rangers will face the Canadiens on Thursday night at Bell Centre. The Canadiens have won just one of their previous 10 games and are currently last in the Atlantic Division. In the last three games, they’ve allowed 22 goals, including nine against the Capitals and seven against the Panthers.

However, this is precisely what head coach Gerard Gallant and the rest of the Blueshirts are “worried about.” The Rangers have previously lost to clubs around the bottom of their respective divisions, such as the Sharks, Blackhawks, and Blue Jackets. Gallant expects Montreal to return from its seven-game road trip “ready to compete.”

Gallant stated, “When you’re embarrassed on the road, you’ll get home and be eager to play the home game.”

The club led by Martin St. Louis will not “roll over because you had a difficult road trip,” according to Gallant. Instead, the Rangers need “every single night” the same effort that helped them produce three goals in the third period and defeat the Hurricanes, according to center Vincent Trocheck.

Chris Kreider, a winger with the New York Rangers, stated, “It doesn’t matter if a team is hot like Carolina or floundering.” “Every team is strong. Every squad possesses superior ability. We must play the same regardless of the situation.”

Midway through Tuesday’s game, Gallant switched Filip Chytil and Barclay Goodrow from the third and fourth lines, respectively, because he didn’t appreciate how the Hurricanes reclaimed the lead twice after the Rangers tied it.

Martin Necas answered 16 seconds after Jacob Trouba tied the game 1-1 in the opening session. Then, near the end of the second period, Jalen Chatfield blasted a shot toward the Rangers’ net that bounced off of Chytil’s stick and past goaltender Igor Shesterkin.

Gallant stated that he would not assign blame to an individual player, but the second goal occurred less than thirty seconds after the Blueshirts tied the game at 2. This was the source of the head coach’s 59-year-old frustration. Goodrow is a “dependable player” who could play anywhere, thus he made the transfer.

Gallant stated that Chytil was ill during the team’s trip to Florida last weekend and “didn’t appear to have much energy.” He acknowledged, though, that the 23-year-old former first-round pick has “played good hockey all year.” Gallant anticipates that Chytil, who scored a goal with an empty net in the final two minutes of regulation, will return to the lineup.

“I wanted to move to three lines in the third period because the first five minutes went so well,” Gallant explained. “I did not deviate from this strategy.”

Wednesday was an optional practice for the Rangers prior to their trip to Montreal. On the ice, no one spotted Chytil, Trouba, Artemi Panarin, K’Andre Miller, Vitali Kravtsov, or Mika Zibanejad.