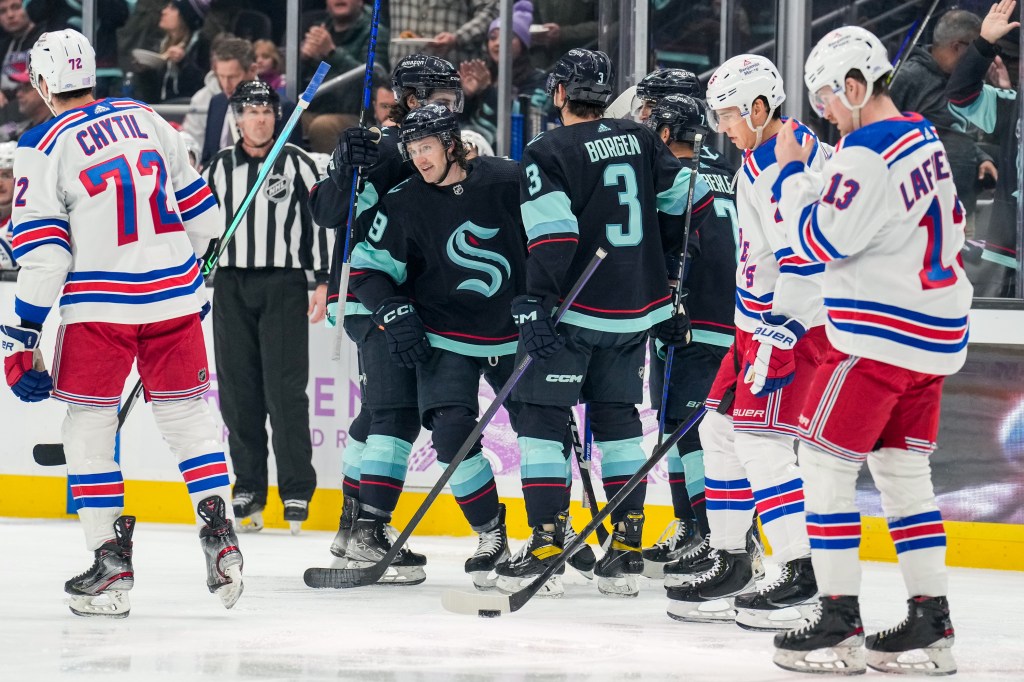 For a team that displayed such vigor and tenacity last season, the Rangers have begun the 2022-23 season with one too many lackluster efforts.

Thursday night’s 3-2 overtime defeat by the Kraken at Climate Pledge Arena was undoubtedly one of them. Despite Vincent Trocheck’s game-tying power-play goal with 1:54 remaining in regulation to force overtime, Seattle won thanks to Justin Schultz’s second goal of the game with less than a minute remaining in overtime.

This game was lost due to the Rangers’ inability to maintain their desired level of play for the full sixty minutes. Since the beginning of the season, there has been at least one period in which they have been severely outshot, outwilled, or simply outhustled. Occasionally, the lack of energy is likely the most troubling aspect.

Thursday night, during the second period, the Kraken did almost everything except score. The Rangers can thank goaltender Igor Shesterkin for that.

Shesterkin kept the Rangers afloat in the second period, in which the Kraken outshot the Rangers 16-5 and held a 13-3 advantage in high-danger opportunities, according to Natural Stat Trick. Shesterkin stopped a hard shot from Schultz a minute and a half into the period, before Matty Beniers rang a shot off the post. Later, the Russian goaltender stopped Daniel Sprong on a breakaway.

The Rangers cannot afford to squander a spectacular effort from Shesterkin, who has not been able to do so as consistently as he did at the beginning of last season. Until Schultz scored the game-winning goal in overtime, Shesterkin had performed well sliding across the crease. He finished his career with 30 saves.

The Rangers were called for having too many men on the ice for the second time in the last three games. It was the first of three Rangers penalties in the second period, but Seattle was unable to capitalize. The Rangers have been quite effective on the penalty kill this season, having killed off 14 of their last 15 penalties over the course of the last four games.

At 13:15 of the second session, Kaapo Kakko generated one of the Rangers’ best opportunities, forcing Kraken goaltender Martin Jones to make a sprawling save after displaying deft hands with a move in front of the net.

The Rangers’ top power-play unit, who had gone 5-for-20 in the previous six games, evened the score at 1-1 at 14:03 of the first period after failing to record a single shot during their initial two-minute opportunity. Trocheck sent the puck to Chris Kreider, who then passed it to Mika Zibanejad, who fired a wrist shot from the bottom of the left faceoff circle.

The goal was Zibanejad’s 10th of the season and seventh on the power play, tying him for the NHL lead with Connor McDavid of the Oilers.