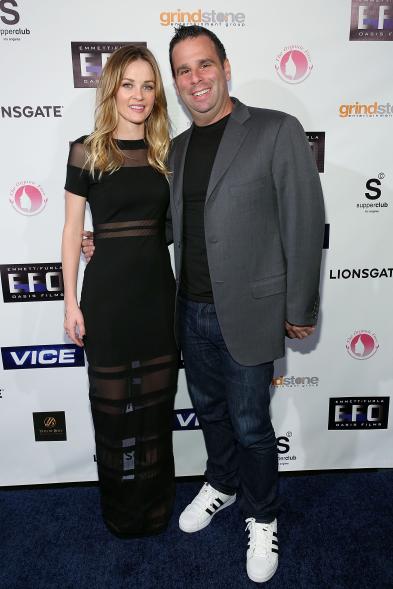 After his ex-wife, Ambyr Childers, alleged that the FBI is investigating him for pedophilia, Randall Emmett resorted to social media to clear his name.

“At this point, the lies have been stretched so far,” the 51-year-old “Irishman” producer said in an Instagram video on Friday.

“We spent the day confirming that the FBI has never investigated me and is not investigating me because there is nothing to investigate, as we knew there was no truth to any of this.”

Emmett previously refuted the charges in a statement to Page Six, stating, “Neither the FBI nor anyone else is investigating me, and the notion that I am is absurd.”

He continued, “In a plea, anyone can say whatever they want, but it does not make it real. There is no proof that I am under investigation, and we continue to share joint custody of our children.

Randall Emmett denied that the FBI is investigating him for pedophilia, as claimed by his ex-wife Ambyr Childers.

Emmett concluded, “I am astounded and incredulous that Ambyr would even imply something so vile and false.”

Childers, who shares London, 12, and Rylee, 9, with the filmmaker, said in a signed affidavit made as part of a domestic violence restraining order request that the FBI investigated her ex-husband for “suspected child exploitation and pedophilia.”

The “You” actress claimed she learned of the inquiry on December 6 when she was questioned by a Federal Bureau of Investigation special agent about Emmett’s possible child exploitation and pedophilia activities.

However, her plea for a restraining order was ultimately dismissed because the evidence she presented was ruled inadmissible.

Childers’s representative did not immediately respond to Page Six’s request for comment on Emmett’s most recent Instagram video.

In addition to refuting the allegations of an FBI probe, the “Lone Survivor” producer addressed Lala Kent’s remarks regarding their impending custody dispute.

The “Vanderpump Rules” star, who shares Ocean, her 1-year-old daughter, with Emmett, revealed to an Instagram user this week that the “family court system” has made it impossible for the “Midnight in the Switchgrass” director to gain exclusive custody.

Emmett said in his Instagram video, “I have custody of all of my children because I am a good father and a good person.”

“You know, at the end of the day, that is the most essential thing. At the end of my life, no matter what happens, my three girls will look me in the eyes and recognize that I was a terrific father.”

Emmett published a Friday evening Instagram Story depicting him fingerpainting with his and Kent’s children.

The relationship between Lala Kent and Emmett was depicted on Bravo’s “Vanderpump Rules.”
GC Images

A representative for comment Kent did not immediately respond to a request for comment from Page Six.

Emmett stated on Friday that he had previously followed the “high road” since he has three daughters, but felt compelled to “speak the truth.”