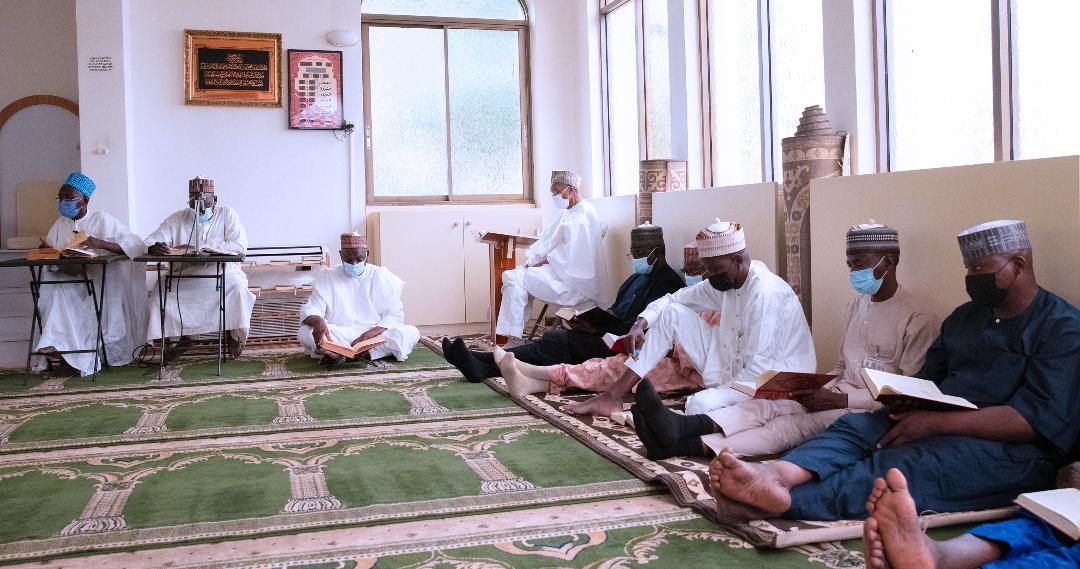 As Muslims around the world approach end of the Ramadan fast, winding down the intense worship characterising the period, President Muhammadu Buhari on Thursday joined the faithful at the State House Mosque to witness the conclusion of Tafsir (Interpretation of the Qur’an).

The President, who participated in the daily exercise throughout the one month period, had also used his evenings to host guests from cross sections of the country to Iftar (The breaking of fast).

Notably, he used the occasions to practice the values projected by the Ramadan, including the promotion of discipline and personal sacrifice, care and love for less fortunate, promotion of national unity and support for the Armed Forces as they fight to end terrorism and other crimes in the country.

President Buhari received accolades from the Chief Imam of the State House, Sheikh Abdulwahid Sulaiman for his sacrifice and the values of honesty, integrity and selfless service to the nation that he brought to the office.

Noting the coming year as one of elections, characterised by uncertainties, the Imam urged President Buhari to remain steadfast, stay the course of national interest and ensure that the spirited struggle and sacrifices of the nation in the last few years were not allowed to be vandalized.