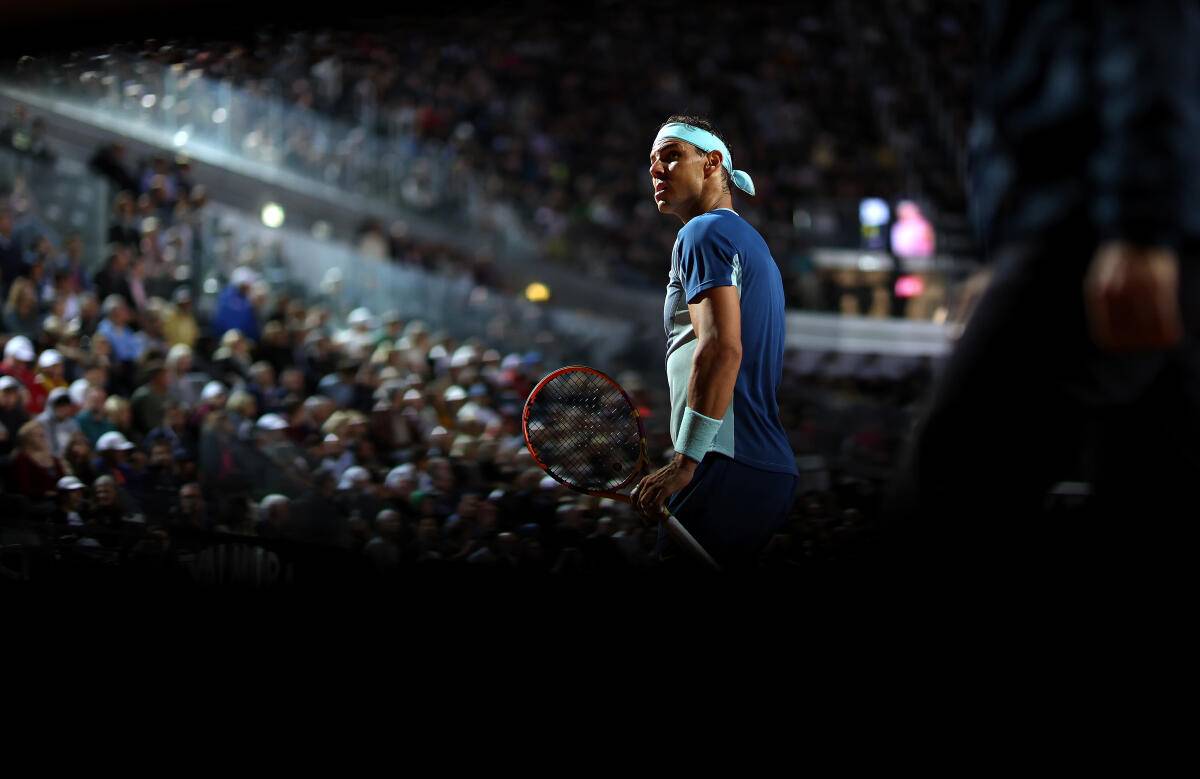 Men’s tennis world number 4 Rafael Nadal said that training everyday is a challenge and he would take a doctor with him to the French Open after the 21-time major winner was once again hampered by a chronic foot injury in his defeat by Denis Shapovalov at the Italian Open on Thursday.

Nadal, who only recently returned from a stress fracture in the ribs, struggled badly at the back end of his match against Shapovalov as he went down 1-6 7-5 6-2 in the last-16.

“I had my foot again with a lot of pain. I am a player living with an injury, it is nothing new. It’s something that is there,” Nadal, a 10-time champion in Rome, said.

“Unfortunately, my day-by-day is difficult, honestly. Even like this, I am trying hard… it can be frustrating that a lot of days I can’t practice the proper way,” Nadal added.

Nadal, 35, missed the bulk of last season due to the foot problem before mounting a remarkable comeback to win the Australian Open in January, and also prevailing at the ATP 500 event in Mexico (Acapulco).

“Since I came back, the foot has been tough,” Nadal said. “Negative thing and toughest thing for me today is honestly I started to feel myself play much better. I started the match playing much better.”

Read more: Tennis: Djokovic, Nadal Heap Praises On Teenage Sensation
Nadal’s preparation heading into the French Open, where he will be bidding for a record-extending 14th title, has been far from ideal after he was also knocked out of last week’s Madrid Open by Carlos Alcaraz at the quarter-finals stage.

“First thing that I need to do is to don’t have pain to practice. It’s true that during the French Open, (Roland Garros), I am going to have my doctor there with me. That sometimes helps because you can do things,” said Nadal.
“In the positive days and in the negative days, you need to stay and to value all the things that happened to me in a positive way.”
Chidi Nwoke/Reuters.